Libya and the Limits of Liberal Intervention 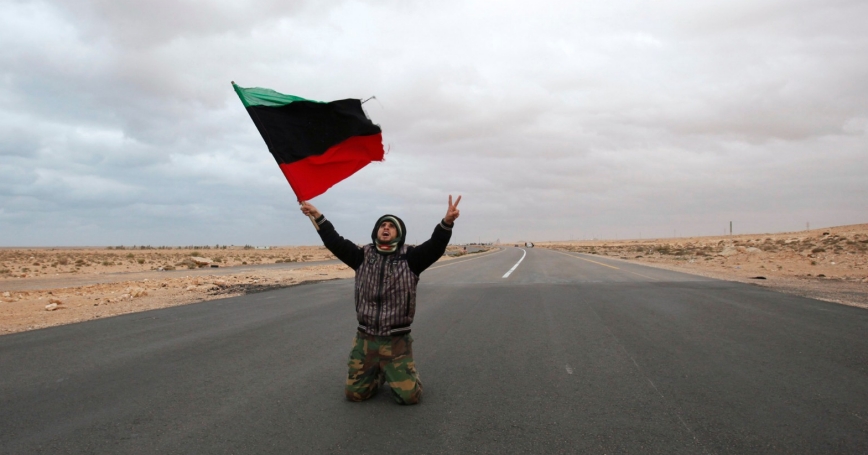 A forthcoming book from RAND senior political scientist Christopher S. Chivvis recounts the story of how the United States and its European allies went to war against Muammar Qaddafi in 2011, why they won the war, and what the implications will be for NATO, Europe, and Libya.

Based on extensive interviews with U.S. and allied government officials, Toppling Qaddafi: Libya and the Limits of Liberal Intervention details the fall of the Qaddafi regime and the dawning of a new era in Libya's history.

Chivvis will discuss the book Friday, January 10, 10 a.m. ET at the International Institute for Strategic Studies office in Washington, D.C.

“Toppling Qadaffi provides both a highly readable account of NATO's war in Libya and a carefully analytical basis for evaluating the relevance of this precedent for current and future conflicts,” Amb. James Dobbins, President Obama's special representative for Afghanistan and Pakistan and former director of RAND's International Security and Defense Policy Center, writes in the Foreword.

The book's publisher, Cambridge University Press, describes Toppling Qaddafi as “a carefully researched, highly readable look at the role of the United States and NATO in Libya's war of liberation and its lessons for future military interventions. … This was a war that few saw coming, and many worried would go badly awry, but in the end the Qaddafi regime fell and a new era in Libya's history dawned. Whether this is the kind of intervention that can be repeated, however, remains an open question — as does Libya's future and that of its neighbors.”

While Libya's future is unknown and the wisdom of the intervention has been questioned, Chivvis argues it was a success, even if the postconflict cleanup has been lacking. He adds that the Obama administration's strategy of “leading from behind” worked well, and could be repeated elsewhere.

“U.S. political leaders will surely be more reserved about interventions after Iraq and Afghanistan, but it would be naïve to think that the United States could eschew interventions altogether,” says Chivvis. “The moral, political, and national security costs of permitting the spread of chaos in today's highly integrated world are simply too high.”