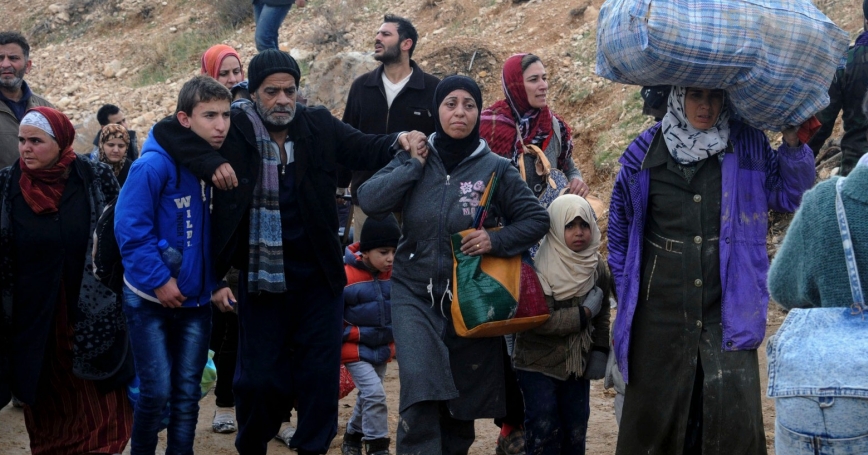 It seems highly unlikely that the upcoming talks in Geneva scheduled to begin on Jan. 22 will achieve a political settlement to Syria's civil war. Syrian President Bashar Assad will attend, but feels under no pressure to negotiate his own departure. The attendance of the rebels is uncertain despite pressure from Western governments to participate. Al-Qaida affiliates, who appear more interested in carving out territory to set up their own Islamic state, have no interest in ending the fighting.

With little chance of a negotiated end to the fighting, the war in Syria is likely to drag on. And even if somehow the bloodshed were to end relatively soon, the war will leave a legacy of odium and thousands of fighters that will threaten the region and beyond far into the future.

The fortunes of war have changed dramatically over the past 12 months. Early in 2013, Syrian rebels seemed to be advancing against government forces, but with support from Russia, Iran and Hezbollah, Assad's army managed to stall the rebellion. To drive rebels and their supporters out of the suburbs of Damascus, Syrian government forces resorted to chemical weapons. For a moment, foreign military intervention seemed likely, but while denying responsibility for the chemical attack, Assad quickly agreed to give up his chemical arsenal — like a lizard losing his tail to survive. Rather than hastening Assad's downfall, the removal of the chemical weapons requires his continued cooperation, guaranteeing his survival during the complicated and lengthy process. At the same time, it puts pressure on the rebels to back off when their actions imperil those involved in the removal of the weapons.

Meanwhile, lack of unity among the rebels became increasingly apparent. Islamist hardliners abandoned the more secular elements favored by the West. Al-Qaida-linked groups increasingly dominated the rebellion. Not that al-Qaida's local affiliates were united — they too quarreled over leadership and tactics. When Islamists seized bases from secular rebel units, the United States suspended the assistance it had been discreetly providing to selected rebel groups, fearing the provisions would end up in the hands of the jihadists. Worried that the growing role of the jihadists would hand Assad a propaganda victory and lead to the permanent loss of foreign support (and likely encouraged by the West), the rebels themselves attacked units of the Islamic State of Iraq and the Levant (a geographic expression that includes Syria, Lebanon, Jordan, Palestine and Israel).

Syria's bloody stalemate offers neither side promise of victory. No participant in Syria's civil war can defeat the others. Using the same brutal tactics that his father used against Muslim Brotherhood rebels in 1982, Assad can pound rebel held zones with airpower and artillery, forcing civilians to flee, creating millions of refugees. One-third of the population has already fled the country or has been internally displaced. By the end of the year, one-half of Syria's total population may have been forced to leave their homes.

Meanwhile, Assad is creating local militias to defend loyal ethnic and sectarian enclaves. The militias, which can carry out atrocities and ethnic cleansing beneath the radar, are Assad's weapons of mass destruction. Assad's brutal tactics will shred Syrian society and destroy Syria's economy. What Assad cannot do is restore his authority throughout the country.

Nor can the rebels bring down the Assad regime on their own. They can, however, continue to fight, seize smaller towns, penetrate the outskirts of larger cities, carry out dramatic terrorist attacks and provoke Assad into using his military might against civilian populations, thereby creating a humanitarian crisis, which, rebels hope, will bring about foreign intervention. The rebels cannot be crushed, but they cannot defeat the government's forces either.

Foreign forces will not remove Assad for them. Americans are weary of war. A deeply divided Europe will not take the lead. A well-publicized massacre, like that which Assad's father inflicted on the city of Hama in 1982 where as many as 20,000 people died, could arouse international wrath, but the slow-motion carnage we see now is unlikely to provoke foreign military intervention. The world's moral outrage has been blunted by the seemingly endless images of Arabs and Muslims killing one another. Surprises can always happen, but there are no obvious game changers.

That would seem to make conditions propitious for peace. The more likely scenario, however, is a continuing armed conflict lasting many years. Even the fall of Assad will not end the bloody standoff. The sectarian minorities that now support him see no future under a rebel-held government — their association with Assad's atrocities rule out reconciliation. For the rebels, there is no going back to being ruled by a regime that will punish their resistance. And there are too many scores to be settled.

The modern state of Syria has ceased to exist. Although the national government will survive on paper, national institutions, including the armed forces, will decline and decay, to be replaced by a patchwork of increasingly autonomous local entities.

What began as a rebellion against the Assad regime has deliberately been transformed into an existential sectarian war. It could become a broader regional conflict: National armies would not roll across the desert. It would instead be a war of many fronts, limited military incursions, continuing guerrilla warfare and multiple terrorist campaigns stretching from the Mediterranean to the Persian Gulf, and spilling over into diaspora communities. The United States will be dealing with the effluent of Syria's civil war for years to come.

Brian Michael Jenkins is senior adviser to RAND's president and the author of “The Dynamics of Syria's Civil War” and the commentary “Generations of Terrorism.”

This commentary originally appeared on U.S. News & World Report on January 16, 2014. Commentary gives RAND researchers a platform to convey insights based on their professional expertise and often on their peer-reviewed research and analysis.