The Battle of Futenma Isn't Over Yet 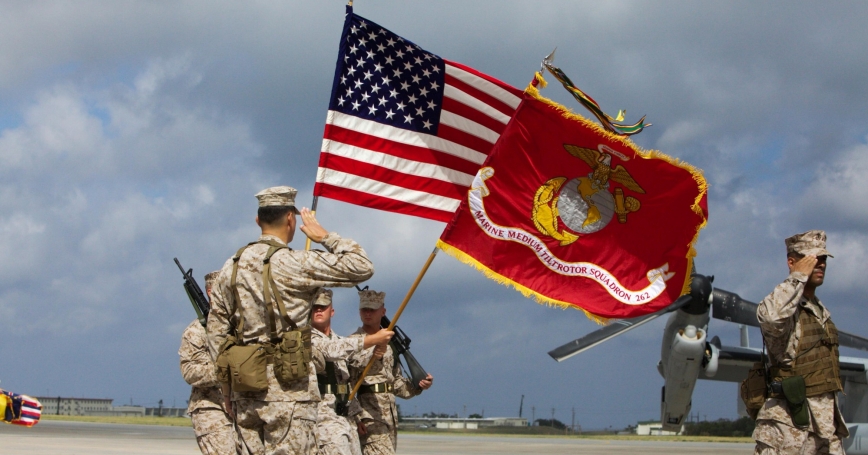 Okinawa Governor Hirokazu Nakaima's decision to grant the permit to build a U.S. Marine Corps airbase on an offshore landfill near the village of Henoko village is being hailed as an important breakthrough in U.S.-Japanese relations. This move breaks the impasse between anti-base opponents and Tokyo and Washington over where to relocate Marine Corps Air Station Futenma (MCAS Futenma), which the governments in 1996 agreed to close. Washington believes that this development will bolster its rebalance towards Asia and enable it to create a more distributed and resilient military presence there. Many expect the landfill decision to resolve the controversy surrounding MCAS Futenma once and for all, and enable Tokyo and Washington to shift their focus to strengthening U.S.-Japanese security cooperation as a counter to an increasingly powerful and assertive China.

Yet this is wishful thinking. Futenma is not going to go away anytime soon. It took over 17 years to take the first concrete step towards closing Futenma, and the landfill permit is just the beginning of the process to relocate the MCAS — not the end. Base realignments (whether at home or abroad) are a difficult and lengthy process that provides ample opportunities for decisions to be revisited and even reversed. Because of the time needed to construct the offshore airfield in Henoko, the battle over Futenma will continue for at least another decade, if not longer.

While opposition to the American military presence on Okinawa dates back to the post-World War II U.S. occupation of the island, current tensions began in 1995 when three American servicemen brutally raped a 12 year old Okinawan girl. This heinous crime united previously disparate groups that had been opposed to the U.S. military presence, mobilized the Okinawan population, and gave rise to an outspoken and enduring anti-base movement. In an effort to mitigate Okinawan resistance, Washington and Tokyo formed the Special Action Committee on Okinawa (SACO), and tasked it with developing a plan to reduce the U.S. military footprint on the island. In 1996, the SACO report recommended that the United States return thousands of acres of land to the Okinawan prefectural government by consolidating its military presence and relocating many of its bases to the less crowded northern part of the island. The centerpiece of the SACO initiative involved closing the controversial MCAS Futenma, which is located in the heart of the populous Ginowan city, but doing so was contingent upon finding a suitable airfield on Okinawa to replace Futenma, which had proven to be elusive.

There was little progress until 2004, when a U.S. Marine Corps helicopter based at Futenma crashed into Okinawa International University's campus — a tragedy that reinvigorated efforts to move the airbase to a safer location. In 2006, as a part of the Defense Policy Review Initiative, Washington and Tokyo reached a new agreement (PDF), including the relocation of 8,000 Marines and their approximately 9,000 dependents to Guam, but only after Futenma had been moved to Henoko. Like previous plans, however, the 2006 agreement quickly stalled. The election of Yukio Hatoyama of the Democratic Party of Japan as prime minister in 2009 threatened to upend the agreement, as Hatoyama had promised to relocate Futenma outside of Okinawa during his campaign. In Tokyo, Hatoyama's inability to deliver on this campaign pledge played a significant role in bringing down his government. But on Okinawa, Hatoyama's broken promise shifted the political landscape and hardened local opposition to the Henoko plan....

Stacie L. Pettyjohn is a political scientist at the non-profit, non-partisan RAND Corporation.

This commentary originally appeared in The National Interest on January 3, 2014. Commentary gives RAND researchers a platform to convey insights based on their professional expertise and often on their peer-reviewed research and analysis.