The Feds' Role After Legalization 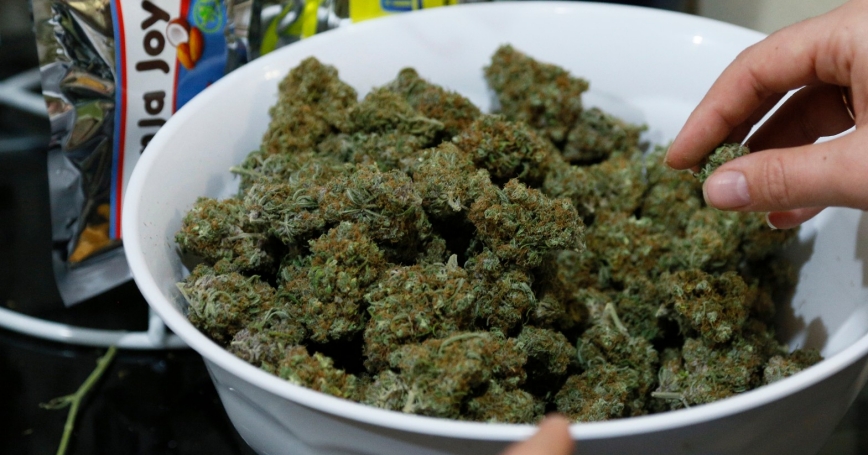 Proprietors of the first marijuana retailers licensed to sell pot for recreational use in Colorado prepare for their grand opening January 1, 2014

Legalizing the large-scale commercial production, distribution and sale of marijuana, Colorado and Washington State have created an unprecedented situation. Contrary to many people's assumptions, not even the Netherlands has gone this far.

Marijuana is still illegal under federal law, but the Obama administration has decided not to block legalization in states with “strong and effective regulatory and enforcement systems.” The Justice Department listed eight priorities (PDF) that should guide federal prosecutors, like preventing distribution to minors and diversion to other states.

Since both states allow profit-maximizing firms to grow and sell marijuana, there is concern they will use advertising to promote consumption by heavy users. Indeed, my co-authored research finds that daily and near-daily marijuana users (who represent about 20 percent of all users) account for roughly 80 percent of consumption. Creating and maintaining high-volume users presumably makes good business sense for the profit-maximizing firms, but it may not be good for public health.

Regulators in Colorado and Washington are working to limit marijuana marketing, but it can be challenging given constitutional protections of even commercial free speech.

Now is the time to make important decisions, especially because the market remains in its infancy. Should firms be able to advertise marijuana candies? How about flavored e-cigarettes infused with hash oil? Should there be special concern about use of social media or sponsored events as a way to market to minors?

Instead of starting with an approach that lent itself more easily to public health protections, voters in Colorado and Washington jumped right to a market model similar to alcohol. With help from the federal government, the states will be better positioned to head off the negative consequences associated with commercialization.

This op-ed was part of a NYT Room for Debate discussion: "Should Drug Enforcement Be Left to the States?"

Beau Kilmer is the co-director of the RAND Drug Policy Research Center and co-author of “Marijuana Legalization: What Everyone Needs to Know.” He was also on the team helping the Washington State Liquor Control Board estimate the size of Washington's marijuana market.

This commentary originally appeared on NYTimes.com on January 14, 2014. Commentary gives RAND researchers a platform to convey insights based on their professional expertise and often on their peer-reviewed research and analysis.