U.S.-India Dispute: A Diplomat and a Double-Standard Laid Bare 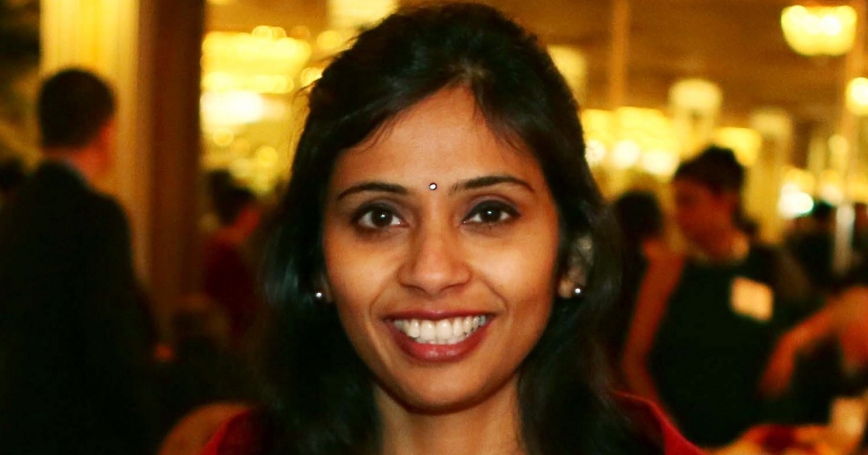 Relations between the United States and India have crashed to their lowest ebb since the last millennium, something many Americans might have missed during the holiday buzz. A spat over the treatment of a diplomat and her maid threatens the foundations of a key international partnership, and the implications extend far beyond foreign policy. This case could endanger American diplomats, businesspeople and tourists travelling abroad.

The fight began with the December arrest of Devyani Khobragade, India's Deputy Consul in New York. Khobragade, a young mother accused of under-paying her maid and making a false statement on a visa form, says she was hand-cuffed, strip-searched, and thrown in a holding facility with violent criminals. India regards her arrest as a violation of diplomatic immunity. The United States argues that such immunity does not extend to consular officials.

The incident provoked widespread protests in India, and the government withdrew many privileges accorded to American diplomats. Some, such as a suspension of the right to import liquor, are inconveniences. Others, like the removal of security barriers outside the embassy in New Delhi, and issuing officials with ID cards noting that their bearers are subject to arrest for many offenses, could put U.S. diplomats in physical danger. Indian officials have demanded an apology, but the United States has offered only a statement of “regret.” The federal prosecutor who launched the case, said, “Ms. Khobragade was accorded courtesies well beyond” those to which she was entitled.

Why are Indians more outraged by a diplomat stripped naked than by a maid (also Indian) allegedly stripped of her pay? For starters, there is a deep strain in Indian society that sees the forcible disrobing of a woman as an unspeakable humiliation. One of the most famous episodes in the ancient epic Mahabharata describes the heroine Draupadi being hauled before a hostile mob, and saved only when her sari becomes infinitely long as her assailants try to rip it from her body. Modern-day India is wrestling with a rash of vicious gang rapes, and trying to deal with sexual humiliation of women that had traditionally been kept secret. In this context, many were shocked by the spectacle of a government official denuded in a foreign holding-cell.

But there is another reason, one that should be of even greater concern to Americans: The perception by many that this incident laid bare not merely a diplomat, but a double standard. Many in India (and elsewhere) feel the United States has one set of rules for itself, and a different one for the rest of the world. This perception poses a danger to U.S. policy, U.S. diplomats and to ordinary Americans wherever they may travel.

Less than three years ago, the United States was on the other side of a diplomatic dispute—only the official in question was no diplomat (he was a CIA contractor) and his offense was far more serious than visa fraud (he shot and killed two men on a crowded street in Pakistan). When Raymond Davis was arrested, the United States claimed complete diplomatic immunity, and rejected the argument it is making now: that consular staff have far less immunity than their embassy colleagues. From the perspective of India, not to mention Pakistan and many other nations, the United States expects privileges that it does not grant to others.

Every day, Americans abroad benefit from special treatment to which they are not entitled. When Americans make mistakes on a customs form or have a fender-bender while driving a rental car in a nation whose signage they can't read, they are usually not hauled off to prison. The letter of the law can be harsh: India's former finance minister urged that American officials with same-sex partners be prosecuted under a controversial law recently upheld by the Supreme Court. In Saudi Arabia, it is illegal to drink beer. In Thailand, showing disrespect for the king is punishable by a prison term of up to 15 years. If the United States subjects foreign visitors (particularly diplomats) to the strictest possible interpretation its own laws, it had better be prepared for other nations to do the same.

There is an easy way out of this: the Justice Department can exercise prosecutorial discretion and drop the case against Ms. Khobragade (she has been transferred to the Indian mission at the U.N., but this provides only temporary protection). If the charges against her stand up to scrutiny, the United States could withdraw her diplomatic credentials and send her home: That is how diplomats who commit crimes abroad, even those far more serious than visa fraud, are generally punished. India should restore full protection to the U.S. embassy and diplomats. This unnecessary conflict must be resolved quickly, or the real losers will be the citizens of the United States and India alike.

Jonah Blank is a senior political scientist at the nonprofit, nonpartisan RAND Corporation. An anthropologist by training, he is author of Arrow of the Blue-Skinned God: Retracing the Ramayana through India, and former policy director for South and Southeast Asia on the staff of the Senate Foreign Relations Committee.