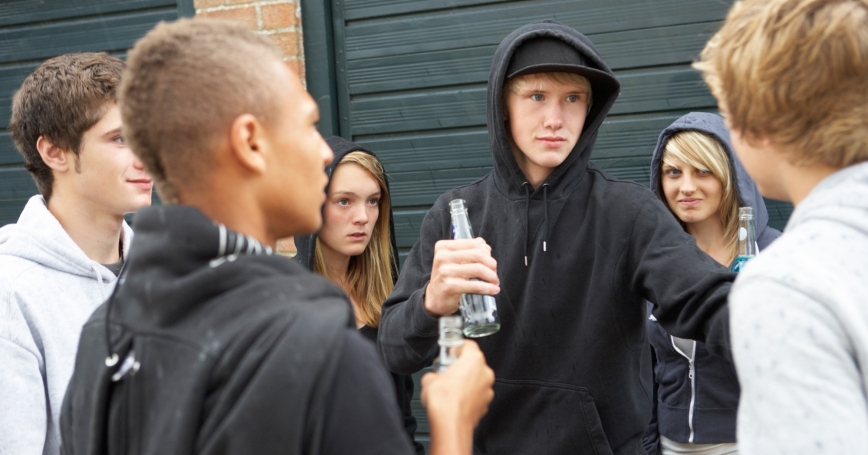 Now that Colorado, Washington, and, most recently, Uruguay have legalized marijuana, many believe changes are needed in the U.S. “War on Drugs” — with good reason. Policymakers fear that legalized marijuana could lead to increased use.

Already, one-in-three high school seniors reports using marijuana in the last year and one-in-five reports using other illegal drugs. While alcohol is less mentioned as a target in the “War on Drugs,” it is alone responsible for the death of about 5,000 youth under age 21 each year and for $62 billion in annual costs because of delinquency and crime, according to one study. Outside the numbers, no one feels the impact of drug and alcohol use more than families in hospital waiting rooms, police stations, and morgues.

Yet, as familiar as Americans are with the problems of youth drug and alcohol abuse, we are not identifying all the potential solutions. While a growing chorus of observers criticizes what they see as an overemphasis in U.S. policy on enforcement and interdiction and scant resources devoted to what they see as the real answer — treatment — the exclusive focus on both these proposed approaches often ignores a key piece of the puzzle: prevention.

Schools and communities could substantially reduce alcohol and drug use if they chose good programs, implemented them well, and continuously monitored outcomes. RAND research shows that such programs can save taxpayers $18 in avoided costs for every $1 spent, yet such investment is rare. For example, a recent Department of Education report showed that only 8 percent of U.S. schools use tested programs, and less than half of those implemented them well enough. D.A.R.E. (Drug Abuse Resistance Education), a collection of free programs taught by police officers, is the most popular prevention program in U.S. schools even though several of its programs have been shown conclusively not to reduce alcohol and drug use.

To make prevention programs live up to their potential, our research shows that schools and communities face several challenges.

First, school and community personnel rarely receive training in how to choose and teach good programs or monitor their performance in meaningful ways. This is doable. With adequate support, community organizations can be trained to effectively select, plan, implement, and evaluate strong prevention programs. RAND is continuing this research with 31 Boys and Girls Club sites in the greater Los Angeles area.

Second, schools and communities do not receive clear guidance on how to run programs because, other than concerned parents, there is no single entity in the United States that is responsible for alcohol and drug prevention. The federal departments of Health and Human Services, Justice, Education and Transportation — not to mention every state — each have their own prevention efforts, funding streams, and standards. Given schools' and communities' lack of training, they often have difficulty in navigating all the different systems to make the best decisions.

Third, there is no consistency on what outcomes various funding agencies are trying to achieve through prevention programs, let alone guidance on how to measure them. As a result, the quality of performance data and the frequency with which they are collected vary, making it difficult to determine where things stand and whether they are improving.

To fix the problems, the various federal agencies responsible for prevention need to better collaborate and support a few high quality programs with common expectations that work well for all youth. Schools and communities need support to help them choose and run strong programs to meet those expectations. Finally, citizens can request that their legislators increase funding for alcohol and drug prevention programs and monitor them to reward the effective ones. These fixes would strengthen America's “War on Drugs” and should be part of the overall strategy.

Matthew Chinman and Joie Acosta are behavioral scientists, and Rosalie Liccardo Pacula is a senior economist at the RAND Corporation, a nonprofit institution that improves policy and decision-making through research and analysis.

This commentary originally appeared in The Orange County Register on January 29, 2014. Commentary gives RAND researchers a platform to convey insights based on their professional expertise and often on their peer-reviewed research and analysis.