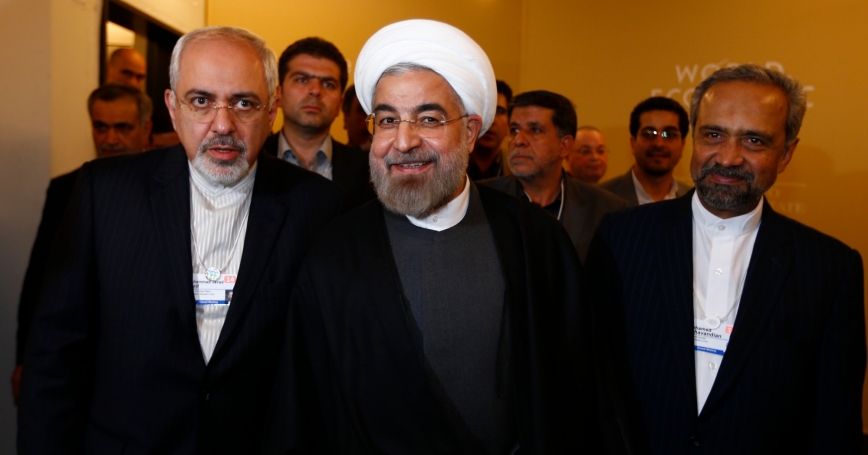 The U.S. Senate is considering new sanctions against Iran, despite the Geneva agreement between Tehran and the P5+1 (United States, UK, France, Russia, China, and Germany) that started on Jan. 20. For the first time in a decade, Iran has agreed to freeze its nuclear program, and take important steps to constrain its ability to create nuclear weapons, such as eliminating or converting its stockpile of 20 percent enriched uranium. The new sanctions bill under consideration by the U.S. Senate, which calls for a deal that will “dismantle Iran's illicit nuclear program,” appears to have strong support. Indeed, the measure's backers believe sanctions brought the Iranian negotiators to the table and produced the current U.S. success in Geneva. This is only partially correct.

Sanctions did play a role in facilitating the Geneva agreement, but the election of Hassan Rouhani as Iran's president was also a key factor. And as Rouhani seeks to resolve Iran's nuclear confrontation with the world, new sanctions can only upset the delicate balance he is seeking to establish and maintain at home.

Falsely labeled a “wolf in sheep's clothing,” Rouhani is serious about desecuritizing Iranian society and improving the standard of living. He is not a Thomas Jefferson democrat, but a conservative cleric and supporter of the Iranian regime who is pragmatic and levelheaded enough to resolve the nuclear issue. Arriving at some middle ground in negotiations with the P5+1 is clearly the goal, but that goal could be jeopardized by sanctions that push Tehran away from compromise. And a collapse of the deal could be a de facto concession that Iran will one day become a nuclear state.

Rouhani's diplomatic track has earned the support of more powerful figures such as Supreme Leader Ayatollah Ali Khamenei because it has the potential to produce positive results for the regime, especially the lifting of sanctions. But the imposition of sanctions after the Geneva deal only demonstrates to Khamenei, and also possibly Rouhani, that Iranian concessions will be met with more pressure. It is then logical for the Iranian regime to become less flexible, especially if there is no release valve for this new pressure.

Supporters of more sanctions may assume that Iran is on its knees, and that only a bit more tightening of the screws could lead Khamenei and company to cry “uncle.” And perhaps the Iranian regime would then agree to dismantle its entire program, the prosanctions crowd reasons. Some may also assume that added sanctions will change Iran's behavior — including its support of terrorist groups like Hezbollah — in tandem with resolving the nuclear issue. But while the Iranian regime is under great pressure, it is nowhere near collapse. Oil exports may be down and inflation up, but the economic system in Iran still functions, albeit poorly. And it was not just sanctions that damaged Iran's economy; former president Mahmoud Ahmadinejad's inept management was also to blame....

This commentary originally appeared on The National Interest on January 23, 2014. Commentary gives RAND researchers a platform to convey insights based on their professional expertise and often on their peer-reviewed research and analysis.