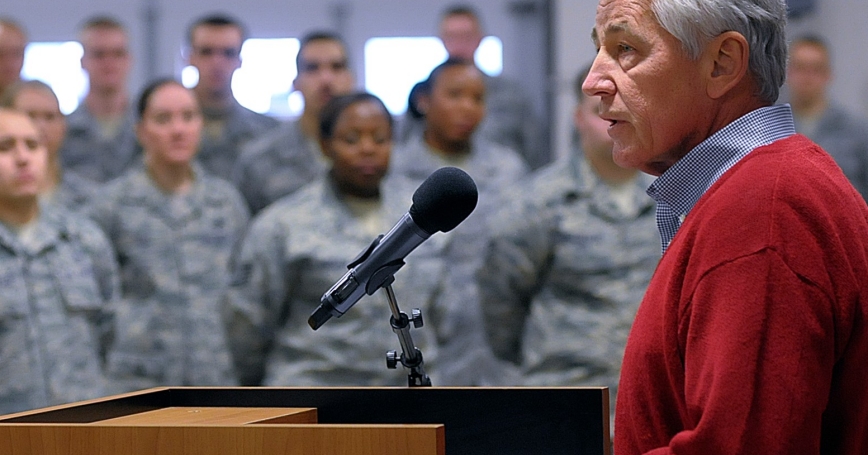 Defense Secretary Chuck Hagel visited Airmen from the 90th Missile Wing to learn about the ICBM mission and the people who operate, maintain, secure, and support the Minuteman III weapon system

In the late 1950s, America debated its first missile gap when civilian and military leaders asserted a quantitative difference in the Soviet and American nuclear arsenals. More than 50 years later, America is experiencing its second missile gap, this time between the land-based nuclear missile operators, or missileers, and the profession of arms to which they belong....

This commentary originally appeared on Defense News on February 24, 2014. Commentary gives RAND researchers a platform to convey insights based on their professional expertise and often on their peer-reviewed research and analysis.