Caring for Cardiovascular Disease and Diabetes, Why Gender Matters 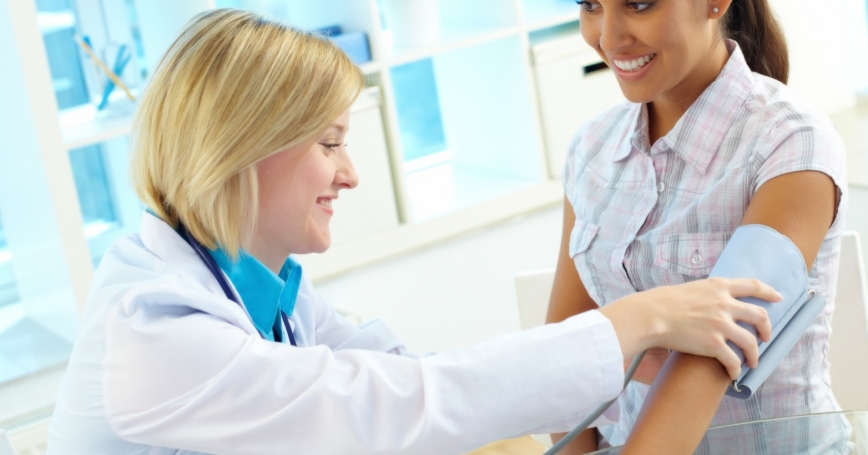 High-quality routine care for both cardiovascular disease (CVD) and diabetes is at least as relevant to women's health and survival as it is to men's. Yet evidence suggests that women continue to face gaps in even low-cost, routine aspects of care.

CVD is the leading cause of death for women, as well as for men. More than one in three adult women has some form of CVD (PDF). In fact, since 1984, more U.S. women than men have died of CVD, and 26 percent of women over age 45 die within a year of having a recognized heart attack, compared with 19 percent of men. Diabetes is a major cardiovascular risk factor, and it increases risk of CVD more so in women than in men.

Despite improvements over recent decades in care for CVD and diabetes, evidence suggests that the care women receive—and their health outcomes—continue to lag behind those of men, even for routine care such as monitoring and control of cholesterol. Although the American Heart Association's “Go Red for Women” campaign and efforts by Sister-to-Sister and WomenHeart have done much to raise awareness among both women and their clinicians about CVD, there is still too little attention devoted to preventing heart disease in women.

Part of the problem is that quality of care is not routinely measured and reported by gender. Conventional methods of measuring quality of care focus on average “quality performance scores” across the overall population. Separate assessments and reporting by gender are rare, so the care received by women is generally assumed to be equal to that received by men, despite evidence to the contrary. As a result, the quality gap in care remains largely invisible to individual women, providers, payers and policymakers, even among those seeking to improve women's health and health care. In cases where gender gaps in care have been monitored and targeted, such as in recent initiatives (PDF) by the Veterans Health Administration, marked reductions in gender disparities in CVD and other types of care have been achieved; though some gaps persist.

In an examination of gender gaps in cholesterol screening among adults in one large California health plan who had been diagnosed with CVD or with diabetes, we found larger gender differences on average in care for CVD (5 percentage points) than for diabetes (2 percentage points). Although the gaps may appear small among the 30,000 CVD patients and 155,000 diabetes patients whose care we examined, they translate into a significant number of women who were not screened, but who might have been had they been men.

We focused on screening because clinicians agree that CVD and diabetes patients should receive annual screenings for high LDL cholesterol. Such screening is also the first step in assessing quality of care. Moreover, research on disparities in care often finds that gaps in screening are associated with larger gaps in treatment and poorer intermediate outcomes.

Without gender-stratified reporting of quality of care, gender gaps are invisible and intractable. Such reporting is essential if health plans, health care organizations, and policymakers are to ensure that overall improvements in care narrow gender gaps.

Health plans should use gender-based analysis and mapping to address gender gaps and to motivate improvements in care, treatment and outcome measures. Similarly, analyses of pooled data from multiple health plans could be used to assess gender disparities in care for CVD and diabetes for managed care patients and determine whether the size and patterns of disparities differ across plans.

Closing the gender gap is crucial if women are to benefit equally from improvements in care for CVD and diabetes. At the same time, focusing on gender gaps can inform a broader discussion of the prevalence and burden of CVD in women and the need for improvements in prevention, diagnosis and treatment.

Chloe Bird is a senior sociologist at the nonprofit, nonpartisan RAND Corporation, and a professor at the Pardee RAND Graduate School.

This commentary originally appeared on Girl with Pen, Bedside Manners blog on February 27, 2014. Commentary gives RAND researchers a platform to convey insights based on their professional expertise and often on their peer-reviewed research and analysis.