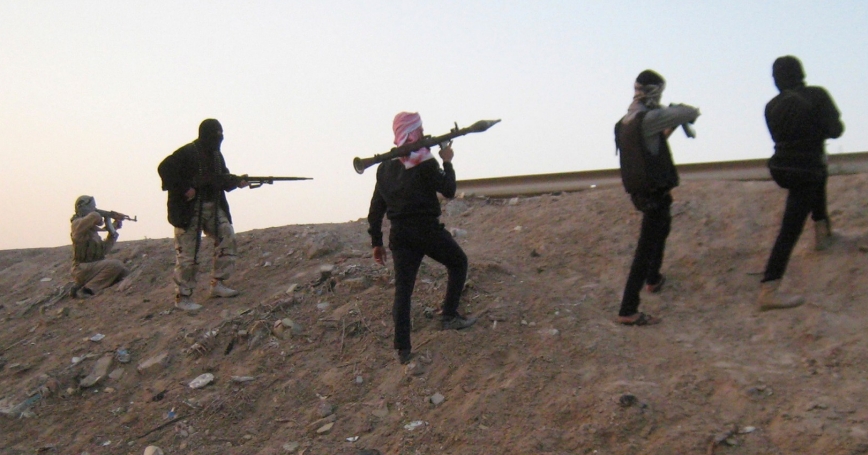 As civil war rages on in Syria, extremist elements fighting against the Assad regime are coming under increasing scrutiny. Now, with Al Qaeda publicly distancing itself from the Islamic State of Iraq and the Levant (ISIL), security analyst Brian Michael Jenkins argues that the West should carefully exploit such a schism.

Faced with open defiance from the leader of Al Qaeda's affiliate in Syria and Iraq, Al Qaeda leader Ayman al-Zawahiri publicly expelled the Islamic State of Iraq and the Levant (ISIL), suspending its franchise and stripping it of its status as part of the Al Qaeda global enterprise. The split will test the value of Al Qaeda's brand.

Although Al Qaeda's leaders have quarreled in the past over strategy, tactics, and targets, an open break like this is unprecedented and creates real risks for the leadership of both organizations. So, what's next?

The rebellious ISIL is not likely to dissolve itself, and ISIL leader Abu Bakr al-Baghdadi — who has already rejected Zawahiri's orders, claiming that he obeys only God — seems unlikely to back down. Now that Al Qaeda has declared ISIL a renegade, however, its leaders cannot allow ISIL to succeed in creating a rival center of power. That sets up a showdown that could turn an internal dispute into a schism that cuts across the jihadist universe.

Al Qaeda's leaders place great importance on maintaining unity. In their view, disunity is the cause of Islam's weakness. It prevented a strong response to the Crusades, and allowed external foes to conquer and occupy Muslim territory piecemeal. Al Qaeda's recent expansion, combined with a diminishing central role and the ever-present danger of centrifugal forces, could dissipate the unity necessary to sustain its current global effort.

A further issue of contention is ISIL's increasingly ferocious application of unlimited violence, often against Muslim civilians. The scent of blood has attracted a number of fighters to ISIL, many of them foreign volunteers who have come to Syria solely to kill. Al Qaeda fears that the indiscriminate slaughter of fellow Muslims will alienate supporters. Al Qaeda's central leadership quarreled about the same issue with Baghdadi's predecessor in Iraq, Abu Musab al-Zarqawi, who proudly called himself the “prince of slaughter.”

This kind of tension seems built into terrorist groups. Ideologues resort to terrorist tactics to achieve their goals, but their campaigns attract harder men for whom violence seems an end in itself. They reject any self-imposed constraints as faint-hearted. If things are not going well, it is because the violence is insufficient. If things are going well, more violence will accelerate progress.

Al Qaeda's attempts to mediate the dispute failed. Meanwhile, growing friction between ISIL and other rebel organizations in Syria erupted into open fighting, and ISIL demonstrated its growing power in the region by seizing control of Fallujah and Ramadi in Iraq.

Could this split have happened under Osama bin Laden? Zawahiri, his longtime lieutenant, has managed to stay in charge of the disparate Al Qaeda enterprise, but he did not inherit bin Laden's moral authority, and has been viewed less as Al Qaeda's commander, and more as its ideological commissar. The expulsion of ISIL will test his supremacy.

Although ISIL reportedly does not depend on Al Qaeda for its core needs, Baghdadi must worry about his own survival. Now that he is no longer Al Qaeda's man, his own lieutenants may feel free to challenge his leadership.

It is not clear how important Al Qaeda's imprimatur is to ISIL's estimated 10,000 fighters. The foreign fighters responsible for some of the worst atrocities may not care. That said, the split will undoubtedly cause confusion among Al Qaeda's supporters worldwide.

Overall, divisions in Al Qaeda's ranks are good news for the United States. While the split will not end the jihadists' terrorist campaigns, it will preoccupy Al Qaeda's leaders and create uncertainty in its ranks. It may also open up some opportunities for the United States to facilitate discord, although caution is in order. Obvious attempts to fan the flames could backfire and reunify the movement.

This commentary originally appeared on The Mark News on February 24, 2014. Commentary gives RAND researchers a platform to convey insights based on their professional expertise and often on their peer-reviewed research and analysis.