Take Two for the Taliban? 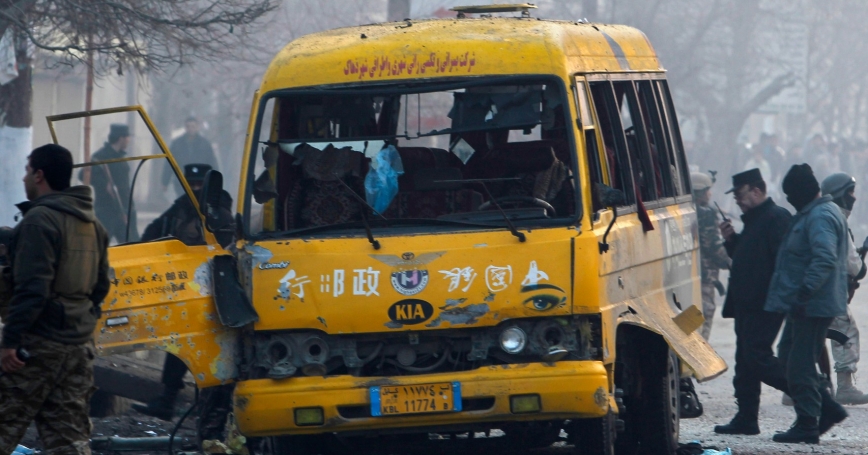 A recent BBC News interview with Taliban spokesman Zabiullah Mujahed, reportedly the first with a senior Taliban official in 18 months, revealed that the group is confident that it will once again take over Afghanistan following the upcoming “fake” elections and eventual departure of international security forces. Such remarks are unsurprising and will likely ramp up in 2014 as the Taliban propaganda machine makes every attempt to derail what will be a critical year of transition for the Afghan government.

Despite the tough words, however, the Taliban's prospects of once again ruling Afghanistan are dubious at best and actions by the Afghan government and international community can help keep them that way.

When the NATO combat mission comes to a conclusion at the end of 2014, there will be an inevitable period of flux in Afghanistan that will feature the Taliban and any other anti-government movements attempting to take advantage of the vacuum (real or perceived) and extend their influence. Such efforts will put the Afghan National Security Forces to the test and the most likely result will be a prolonged stalemate of sorts.

In the near term, there are two factors that will determine how punishing this will be on the Afghan populace: 1) the result of the April national election; and 2) the robustness of the commitment made by the international community beyond 2014.

The presidential election scheduled for April has the potential to be the next step in Afghanistan's political maturation and shape the country's relationship with the international community for the foreseeable future. The prospects for the election, however, should not be overstated; there will inevitably be accusations of fraud and insurgent elements will certainly make every effort to disrupt and delegitimize the process. There will most likely be a run-off and agreements made behind closed doors are liable to be more influential than Western observers would like to see.

Nevertheless, we should not lose sight of the fact that if the outcome results in a peaceful transfer of power it will be Afghanistan's first since 1933. And while no presidential ticket is without at least one controversial figure, there should be some solace that the two candidates garnering the most support in pre-election polls, Ashraf Ghani and Abdullah Abdullah, are considered to be able technocrats.

In addition to a peaceful transition of power, a continued commitment by the international community in Afghanistan will be crucial to instilling a feeling of confidence among Afghans. Most importantly, there should be a residual coalition force that will remain after this year to provide ongoing mentorship and support to the ANSF and a commitment by coalition governments to provide much-needed funding to help sustain the ANSF over at least the next few years. President Hamid Karzai's continuing refusal to sign the Bilateral Security Agreement is a source of acute frustration for the United States and makes planning for post-2014 problematic.

Nevertheless, the agreement was roundly supported by a 2,500-delegate Loya Jirga last fall and a continued international presence is viewed widely among Afghans as the best scenario for the security and stability of their country. Given this, the lack of a signed BSA need not preclude the United States and coalition members from setting the parameters for a new mission after this year. The support voiced by the various corners of Afghan society and interests of the international community suggest that Karzai's reluctance can be overcome. Articulating the broad aspects of a continued coalition commitment is an important first step in doing so.

Even if these two points are not adequately addressed, it remains for numerous reasons extremely unlikely that the Taliban will once again ascend to the dominant political position in Afghanistan. One important question that goes underreported is to what extent will the Taliban be able to justify continued violence against fellow Afghans after the international troop presence comes to an end? According to U.N. figures, “Anti-Government Elements” have been responsible for the lion's share of civilian fatalities since at least 2006. In 2012, they were blamed for 81 percent of such deaths and for the first half of 2013 the estimate was 74 percent (civilian fatalities directly attributed to “Pro-Government Forces” during these periods were in the single digits).

The Taliban's successful misinformation efforts have undoubtedly skewed the Afghan public's perception of such figures. Regardless, the organization has yet to demonstrate a non-violent means of attaining widespread political support and continued attacks resulting in high civilian casualties are unlikely to win many new converts.

Aside from a crisis of legitimacy, the Taliban is also not going to be able to catch its countrymen off guard or capitalize on the widespread apathy of the international community as it did in the 1990's. After the Soviets left, Afghanistan became a strategic backwater and the ensuing brutal civil war, though fueled by a handful of interested regional influencers, failed to garner the serious attention of the world writ large. By the time the Taliban was able to claim a messy victory, most Afghans were relieved to have some semblance of stability while much of the international community was willing to limit any misgivings about the Taliban's harsh rule to diplomatic protestations.

This time around the Taliban do not have the luxury of ingratiating themselves as purveyors of justice amidst chaos, only to later reveal themselves as bullying extremists. Moreover, in a post-9/11 world the international community now understands the potential ramifications of allowing such extremism to metastasize unchecked.

Lastly, and perhaps most importantly, the Taliban do not have a viable political vision for Afghanistan and the vast majority of the Afghan people know it. As they tragically learned in the 1990's, the Taliban's deranged, quixotic notion of a puritanical Islamic caliphate brings nothing but oppression and hopeless stagnation.

In the BBC interview, Mujahed claimed that the group would not moderate its extreme methods should it return to power. Such bravado demonstrates an organization that is out of touch with the wider Afghan political constituency. For despite disappointing government performance and oftentimes clumsy development efforts by the international community, Afghans today are connected to the outside world like never before and have much to lose with a return to the autocratic asceticism that passes for governance under the Taliban.

The coming months will be pivotal in determining Afghanistan's future. The Taliban remain motivated to undermine efforts to stabilize the country and will rely heavily on propaganda toward these ends. Keeping in mind that violence will continue to simmer and certain pockets of the country are likely to remain contested, the perils of instability can be mitigated by a peaceful transition of power and a continued commitment of security and monetary support by the international community. Even if these efforts fall short, however, the prospects of a complete Taliban takeover of Afghanistan remain dim. Memories of Taliban rule remain fresh in the minds of both the Afghan people and international community and this time around a false promise of increased, if imperfect, stability will not be enough to win over either group.

Jason H. Campbell is an associate policy analyst at the RAND Corporation.

This commentary originally appeared on U.S. News & World Report on February 11, 2014. Commentary gives RAND researchers a platform to convey insights based on their professional expertise and often on their peer-reviewed research and analysis.