The End of Freedom Fries 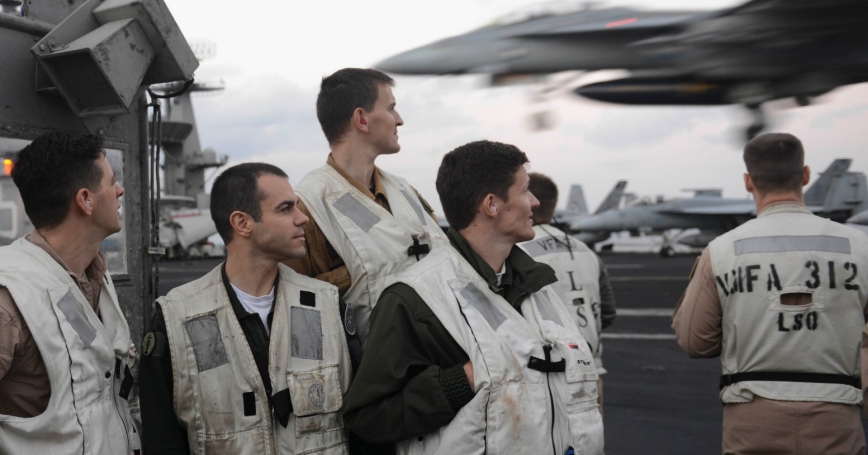 On January 13, in the Indian Ocean, U.S. and French aircraft carriers exchanged fighter jets in a coordinated exercise symbolic of the recent deepening of the Franco-American defense and security relationship. As embattled French president François Hollande prepares for his state visit to Washington next week, defense cooperation is sure to be a bright spot on the agenda—especially when it comes to emerging security challenges in Africa.

This is good for everyone. It can help defend our many common interests, save money and strengthen transatlantic relations. But both sides will need to show flexibility and be willing to adapt if deeper cooperation is going to pay off.

U.S.-French relations on defense issues have been complicated since the 1960s, when President de Gaulle distanced France from the United States by developing an independent nuclear capability and then withdrawing from NATO's integrated military-command structures (although France did not pull out of NATO altogether). Tensions flared again a decade ago during the 2003 Iraq War, when France refused to support the war. A cacophony of populist recrimination on both sides of the Atlantic followed.

But the days of “freedom fries” and pouring Bordeaux into the gutter are over. In the last few years, France and the United States have embarked anew on a broad range of defense cooperation projects that are drawing their militaries closer together than ever before....

Christopher S. Chivvis is a senior political scientist at the RAND Corporation, a non-profit, non-partisan think tank. He is the author of Toppling Qaddafi, and teaches European Security at the Johns Hopkins School of Advanced International Studies (SAIS).

This commentary originally appeared on The National Interest on February 7, 2014. Commentary gives RAND researchers a platform to convey insights based on their professional expertise and often on their peer-reviewed research and analysis.