The Fed and Inequality 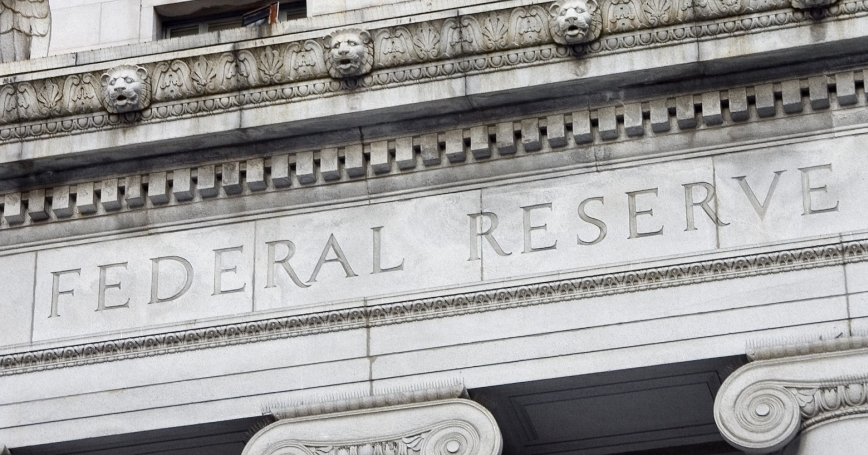 Income inequality in the United States has been increasing for a generation. The share of pretax income received by the top 1 percent of earners rose from 7.8 percent in 1973 to 17.4 percent in 2010. A broader and widely used measure of inequality—the Gini coefficient—indicates that inequality for the entire range of income recipients rather than only the top 1 percent has risen by 26 percent since the early 1970s.

A caveat: These indicators, as well as most other indicators of inequality—and virtually all public commentary about it—relate to income before taxes. Income inequality after taxes is substantially diminished because of the offsetting effects of taxation. Specifically, the top 1 percent of income recipients pay 37 percent of total tax revenues, and the top 5 percent and 20 percent pay 59 percent and 70 percent, respectively. The bottom 50 percent pay little or no income taxes.

Pretax income inequality has been driven by long-term societal trends that are numerous, complex, and hard to change. Although the drivers are well-known, their relative strength is not. They include education, parenting and family structure, neighborhood, immigration, globalization, and IT-based technology, which often substitutes fewer high-skilled and higher-salaried workers who are fewer in number in place of more numerous and lower-paid labor. Another of the long-term trends is the inertial effect of poverty itself—poverty typically and strongly impedes emergence from it. These drivers continue to affect income inequality in the United States, as well as in many other countries.

Adding to the long-term drivers, and providing a neglected and unexpected but significant boost to rising inequality in recent years has been the Federal Reserve's pursuit of sharply eased monetary policy. Conceived as a necessary means to stimulate the economy and accelerate the slow pace of recovery from the Great Recession, eased monetary policy (aka Quantitative Easing) injected as much as $4 trillion into the monetary base by Federal Reserve purchases of mortgage-backed securities in order to lower long-term interest rates, while maintaining near-zero short-term rates through control of the Federal Funds rate. The result has been an increase in income inequality in recent years as an unintended side effect of monetary easing, apart from and additional to the long-term trends mentioned earlier. That's because this monetary policy has induced rapid growth of profits while wages stagnated, hence an increased share of profits and a reduced share of wages in gross national income.

The process has been accompanied by a surge of equity markets to record highs (up 30 percent in 2013), burgeoning IPOs, heightened activities of hedge funds, private equity funds, venture capital financing, and a generalized boom in the financial services industry. Managers of these financial endeavors are uniquely equipped to nimbly deploy the low interest rates in ways that boost the profitability of their activities. As a result, the financial sector's annual profits increased by $200 billion between prerecession 2007 and 2013. The financial sector's profits rose from 18 percent of total corporate profits preceding the recession in 2007 to 23 percent in 2013.

Increased financial sector profits mainly accrue to upper-income recipients, who are relatively few in number, while the decreased share of wages affects the relatively larger number of workers—thus, providing a strong fillip to inequality. Since the Great Recession, the share of wages in national income has decreased rapidly—from 65 percent in 2008 to 61 percent in 2013—while the corresponding share of profits has risen from 11 percent in 2008 to 15 percent in 2013. Although small in percentage terms, the shift is quantitatively large. It represents $600 billion less for the wages and salaries of the relatively numerous middle- and lower-income recipients, and correspondingly more for the much less numerous profit recipients, who mainly were already higher earners. Although inequality has also increased among recipients of wages, the far smaller number of profit recipients has had a dominant effect on income inequality in recent years.

Increased inequality is not simply an unintended consequence of eased monetary policy; it is also quite remote from the prescribed mandates of the Federal Reserve: principally, market stability and, as a secondary goal policy, full employment. Those who advocate both monetary easing and reduced income inequality should be aware of the tension between them. The more one is concerned with slowing, let alone reversing, the rising pace of inequality, the sooner one should favor “tapering” quantitative easing. Conversely, the more one is concerned with stimulating growth, the more one should favor continued easing. The Fed's recent announcement of two successive monthly reductions in the quantity of easing is an evident move favoring reduced inequality.

Whether any particular level or specific change in the coefficient—either closer to or farther from equality—is “good” or “bad” cannot be inferred from the Gini number alone. This crucial inference depends on what accounts for the underlying change in the inequality number. Is the change due to positive effects of greater work effort, higher labor productivity, innovation, entrepreneurship, improved technology, more efficient management; or instead, is it due to the negative effects of favoritism, nepotism, collusion, bribery, fraud, insider trading, special privilege, or other forms of maleficent behavior?

For example, is increased income inequality attributable more to such positive effects as those resulting from Steve Jobs and Apple, Bill Gates and Microsoft, and Larry Page, Sergey Brin, and Google; or instead to negative effects such as those emanating from the likes of Ken Lay, Jeff Skilling and Enron, Dennis Kozlowski and Tyco, and Bernie Madoff's Ponzi schemes? Quite different policy implications follow from the answer. And if the answer is neither all one, nor all the other, how can the positive elements be sustained and the negative behaviors reversed? The answer to this question lies more in the realm of improving corporate governance than in changing public policy.

These estimates are, of course, based on income before taxes. As noted earlier, after-tax income inequality is substantially less: The Gini coefficient for after-tax income in the United States is perhaps as much as 10 percentage points lower than the before-tax estimate.

It is doubtful that this large a change in the Gini indicator would be found in the after-tax estimates for most other countries. It is also doubtful that quantitative easing has had as large an effect on income inequality in other countries as it has in the United States.

Charles Wolf holds the distinguished chair in international economics at the RAND Corporation and is a senior research fellow at the Hoover Institution.

This commentary originally appeared in The Weekly Standard on February 17, 2014. Commentary gives RAND researchers a platform to convey insights based on their professional expertise and often on their peer-reviewed research and analysis.