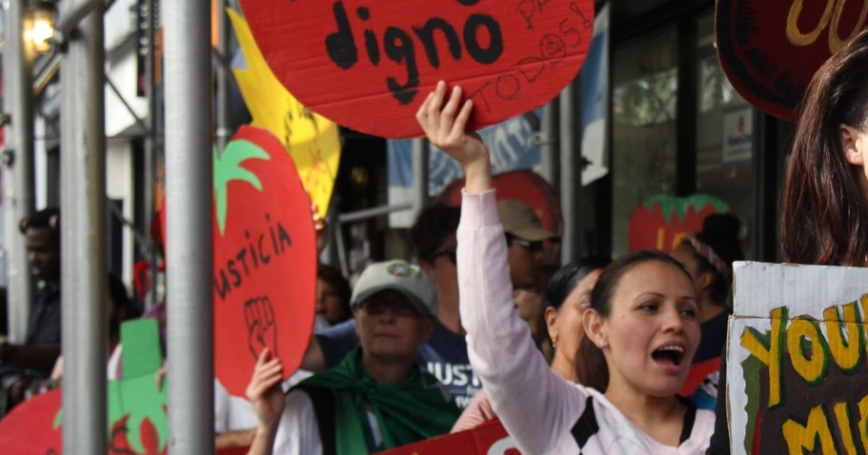 The recent commitment by Wal-Mart Stores to the Fair Food Program is a transformational moment in the decades-long struggle for fair treatment of agricultural workers in America. As significant as it is, though, the Wal-Mart decision is hardly the last human-rights battle to be won on behalf of this long-oppressed work force.

The program that started in the tomato fields of Florida must be expanded to include other fruits and vegetables grown across the country. For true fairness to take root, growers and other retailers should follow the lead of Wal-Mart in demonstrating commitment to the rights of the men and women who toil in America's fields.

For more than two decades, the Coalition of Immokalee Workers has fought to eliminate worker abuse in the Florida tomato fields — fields that had long been known as the site of the worst human-rights violations in American agriculture. The CIW leads a unique coalition of workers, retailers and growers who are part of the Fair Food Program, which aims to guarantee protections against forced labor, child labor, unsafe working conditions and other abuses.

With persistent grass-roots pressure from CIW and its supporters, fast-food chains including McDonald's, Taco Bell, KFC, Burger King and Chipotle Mexican Grill slowly signed on to the program, paying a price premium for their tomatoes and requiring growers to abide by the program's Code of Conduct. Also committing to the cause were commercial catering giants Aramark, Sodexo and Bon Appetit.

But the vast majority of Florida tomatoes are sold to consumers through grocery stores, so the backing of retailers is the critical next frontier. Not surprisingly, Whole Foods Market was quick to sign up. After some heel dragging, Trader Joe's joined as well.

But the chorus for fairness got significantly louder with the addition to the list of Wal-Mart, America's largest retailer. Still, many of America's largest grocery retailers and warehouse chains continue to ignore the call to fairness.

Initiated by CIW in 2001, the Fair Food Program's Code of Conduct establishes: zero tolerance for forced labor, child labor, sexual harassment and violence; humane and safe working conditions for those in the fields, supported by worker health and safety committees; and on-the-clock training for workers and their supervisors.

Unlike most social-responsibility programs, the Fair Food Program is fully enforced and, as a result, has had real, measurable effects. Enforcement is comprehensive and multifaceted, beginning with worker education and training and support for growers and worker supervisors.

Accountability comes from formal audits conducted by the Fair Food Standards Council, a nongovernmental, independent, third party, as well as a manned 24-hour complaint hotline. Changes are ensured through a resolution process and real-market consequences for noncompliance.

Branching out beyond the tomato fields will take time. Implementing the program's critical protections for all of America's agricultural workers will require a deep understanding of the diverse working conditions and environments that make up the nation's agricultural sector. But the goal of establishing an ethical food-supply chain in the United States is long overdue and well worth the effort.

In joining the Fair Food Program, Wal-Mart promised to take the next step to grow the Fair Food Program outside of Florida, applying its code to tomato purchases from participating Florida-based growers with operations outside the state. It also agreed to help expand the program to other crops beyond tomatoes in its produce supply chain over time.

Wal-Mart's decision to join the program brings its vast market power to the task of ensuring fairness for all American farmworkers. Through signing onto the Fair Food Program, Wal-Mart is declaring that the establishment of an ethical supply chain that treats its workers fairly is not inconsistent with retail success.

This commentary originally appeared on orlandosentinel.com.

This commentary originally appeared on Orlando Sentinel on February 6, 2014. Commentary gives RAND researchers a platform to convey insights based on their professional expertise and often on their peer-reviewed research and analysis.