What to Make of P-TECH Schools 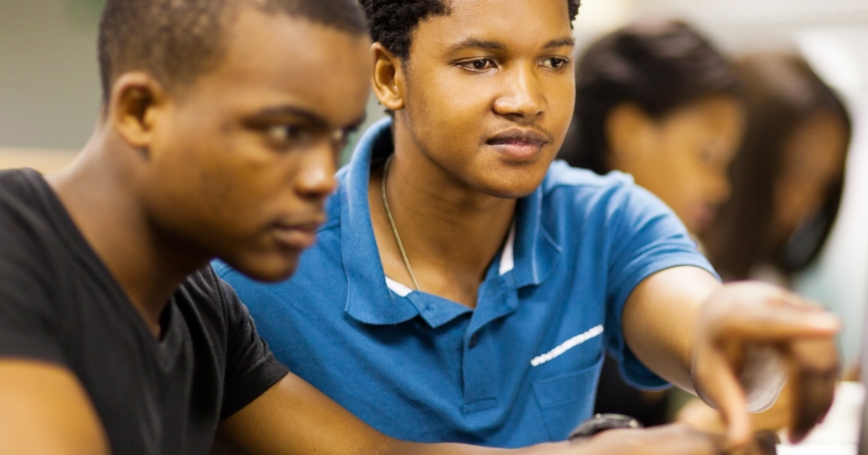 “The School That Will Get You a Job,” this week's Time Magazine cover story, celebrates Sarah E. Goode STEM Academy, a Chicago school that follows the innovative approach of the New York-based Pathways in Technology Early College High School, or P-TECH. For six years, students at Sarah E. Goode focus on science, technology, engineering, and math (STEM). Upon graduating, students receive a no-cost associate's degree in addition to their high school diploma. The school's corporate sponsor, IBM, helps develop the curriculum.

There is no doubting the viability of STEM skills in the 21st century job market and the long-term benefits of going to college. But the P-TECH program could be promising for two reasons that have nothing to do with technology.

Second, P-TECH may increase college retention rates, helping more students graduate. The African-American college completion rate is below the national average. For example, in 2011, only 10.1 percent of 20- to 29-year-olds with a college degree were African-American (PDF), versus their 14.3 percent share of the population.

Beyond these broad considerations, it's worth considering what might make P-TECH an attractive option to individual students. After all, they're already flocking to Sarah E. Goode, which accepted just one in three applicants last year.

A more likely explanation is what economists call a signaling effect. This refers to the assumptions parties make about others based on the “signals” they receive. To use a classic (and relevant) example, a young job applicant with a degree from a highly-ranked college conveys a positive signal to prospective employers about his or her qualifications and potential.

Similarly, students could be drawn to schools like Sarah E. Goode by the school's affiliation with IBM alone. That is, if IBM is involved, it must be a good school.

However, if the signaling effect is the primary driver of P-TECH's success, it may merely attract students who would attend college regardless, but prefer P-TECH over the traditional route. Thus, P-TECH's effect on overall college enrollment rates could be limited.

Regardless of the promise P-TECH shows, though, stakeholders across the board would do well to not misunderstand what Time calls P-TECH's “final, crucial twist, [a] job guarantee for graduates.” (IBM promises P-TECH graduates priority consideration for employment, rather than an outright guarantee.)

While employers like IBM desperately need candidates with STEM skills—a company representative reports 1,800 job vacancies due to an unqualified candidate pool—only time will tell how many graduates of Sarah E. Goode and other P-TECH schools actually end up working for their corporate partners.

Nonetheless, it's clear that innovative approaches like P-TECH could make a difference for students preparing for the 21st-century workplace.

This commentary originally appeared on The RAND Blog on February 21, 2014. Commentary gives RAND researchers a platform to convey insights based on their professional expertise and often on their peer-reviewed research and analysis.