A World Without America's Military Caregivers 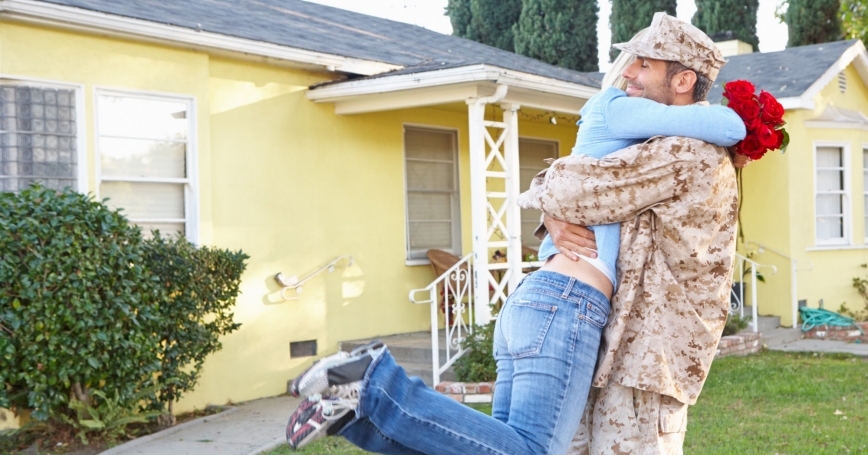 In the classic film It's a Wonderful Life, protagonist George Bailey has to see—literally see with his own eyes—what life would be like without him before realizing his true worth. As an alternate reality unfolds before him, a despondent George slowly learns that the sacrifices he's made for his family and community are undeniably heroic. George Bailey's heroism is quiet. It is everyday.

Right now, 5.5 million Americans are serving in similar anonymity. They are America's military caregivers: family and friends who care for America's ill or wounded service members and veterans. Military caregivers provide a range of indispensable services, saving the United States billions of dollars in health and long-term care costs.

In the wake of recent research we undertook to shed light on the contributions and plight of this invisible yet indispensable population, we ask a question much like that posed to George Bailey: What would a world without America's military caregivers look like?

But caregiving does not come without a cost. Compared to non-caregivers, military caregivers consistently have worse health, more workplace problems, and greater strains in family relationships. This is worst among caregivers of those who served after September 11th.

This burden is exacerbated by some very real risks. Aging parent caregivers, for instance, will not be able to provide support indefinitely. Meanwhile, young marriages between service members and veterans and their spouse caregivers may not survive the strains of the situation. (As many as one-third end in divorce.)

But it doesn't have to be this way.

Today, RAND releases the most comprehensive study of America's military caregivers to date.

Funded by Caring for Military Families: The Elizabeth Dole Foundation, our report quantifies military caregiving in the United States, including how it affects individuals, their families, and society. We also examine current policies and programs that support military caregivers and identify gaps where caregivers' needs could be better met. Finally, we provide recommendations for Congress, health providers, and employers to better support our nation's hidden heroes.

It's a Wonderful Life closes with George Bailey's friends and family uniting to lift him out of bankruptcy and depression. In one sense, they're helping him during a dark, difficult chapter in his life. In another, they're repaying him for years of service and selflessness. They're acknowledging his quiet heroism.

Our research provides a starting point for the government, private sector, nonprofits, and society at large to now do the same for America's military caregivers. Because a world without them is simply unimaginable.