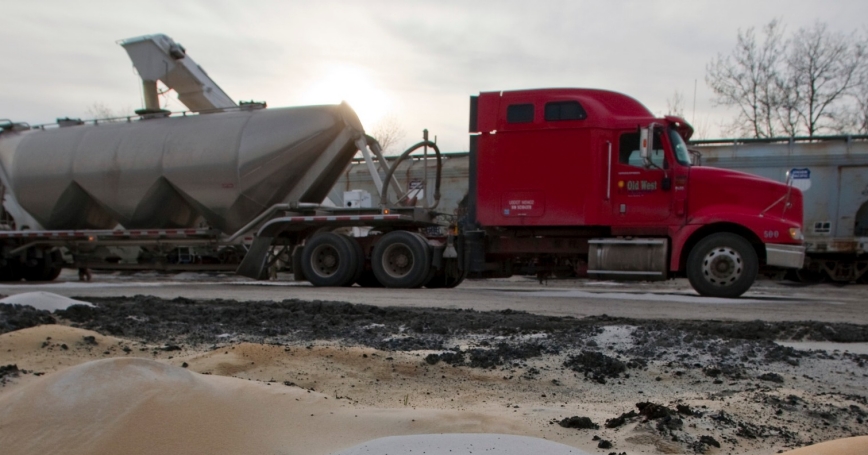 Unconventional fossil fuel production, including the use of hydraulic fracturing (popularly known as “fracking”) to obtain oil and gas from shale deposits, has risen dramatically over the last decade in the United States. Most scenarios anticipate continued growth of natural gas production in the coming decades (PDF). Many states and communities are reaping the benefits of the associated increased economic activity. At the same time local governments are experiencing costs that are not being directly covered from tax revenues or impact fees on oil and gas production. Quantifying these costs can inform federal, state, and local decisionmaking surrounding unconventional energy development.

Our research team quantified the regional air-quality impacts from Marcellus Shale natural gas extraction in Pennsylvania. We found statewide damages between $7.2 million and $32 million in 2011, significant in the communities that bear the burden, but still less than the costs imposed by emissions from some of the most-polluting existing coal power plants in the state.

Another significant cost will be damage to infrastructure, and in Western Pennsylvania you only need to drive down a street in early spring (aka pothole season) to appreciate the problem. One hydraulic fracturing operation requires about 600 to 1,100 one-way, heavy truck trips to bring equipment, materials, and sometimes water to and from a well site. This activity damages state and local roads that do not normally experience such high volumes of heavy truck traffic. Each pass of a heavy truck “consumes” a little of a roadway's service life. And the weight is important: a fully loaded tractor-trailer inflicts 1,000 times or more road damage than a passenger car. Interstate highways are built to withstand heavy truck traffic, but many of the smaller roads in drilling areas are not; they require reconstruction sooner than similar roadways with less truck traffic.

In a new peer-reviewed paper in the Journal of Infrastructure Systems [here's the journal version and open-access pre-print], our research team estimated the costs of additional heavy truck traffic associated with shale gas development on Pennsylvania's state-maintained roadways. We gathered data on the number of horizontal natural gas wells drilled in each Pennsylvania County in 2011, as well as design life and reconstruction cost of the different types of roadways in those counties. Using these and other assumptions, we estimated the portion of roadway reconstruction costs associated with drilling a horizontal well to be between $13,000 and $23,000 per well. Often the state enters into repair agreements with drilling companies to reconstruct smaller state roadways close to well sites when they are visibly damaged. So to bound the analysis, we assumed that all such small state roadways were repaired by the drilling companies, and this reduced our consumptive use cost estimate to between $5,000 and $10,000 per well. While the per-well costs are relatively small, because there were more than 1,700 horizontal wells drilled in 2011, the statewide range of consumptive road costs for that year was between $8.5 and $39 million.

Some external costs, such as air-quality related health problems, are borne by society at large. But roadway consumption costs accrue directly to the state and local departments of transportation (e.g., PennDOT). Potential approaches Pennsylvania could take to mitigate these costs include:

A comprehensive policy design would combine elements of these three approaches, and work in conjunction with other policies to reduce the broader set of external costs from shale gas operations. Such policy measures would help ensure that the infrastructure serving the U.S. energy boom, and everyone else, remains viable.

Constantine Samaras is an assistant professor in the Department of Civil and Environmental Engineering at Carnegie Mellon University and an adjunct senior researcher at the RAND Corporation.

This commentary originally appeared on The Energy Collective on March 10, 2014. Commentary gives RAND researchers a platform to convey insights based on their professional expertise and often on their peer-reviewed research and analysis.