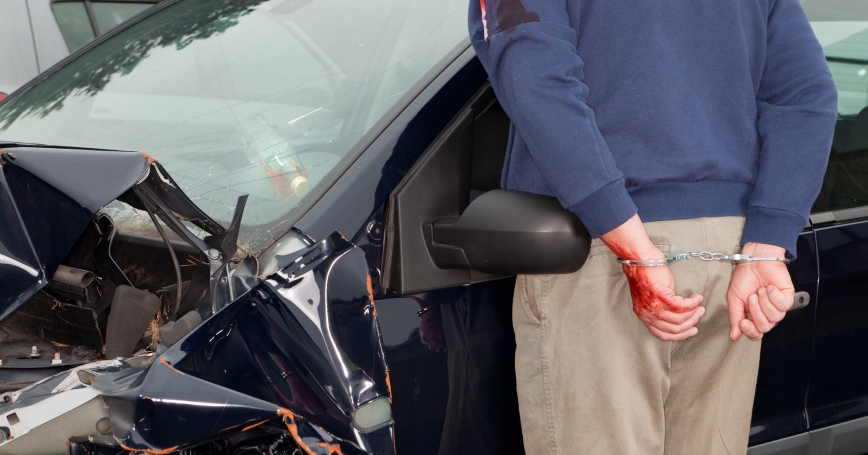 Last month, 21-year-old Olivia Carolee Culbreath is alleged to have been driving drunk when she drove her car the wrong way down the freeway, striking two other cars and killing six people. Tragically, this was not Culbreath's first alcohol-related offense. She was convicted of driving under the influence of alcohol as a teenager and had only had her license reinstated the previous week.

While the consequences of this incident were extreme, the incident was not unusual. A disproportionate number of DUI fatalities are caused by drivers previously convicted of an alcohol-related motor vehicle offense. Specifically, in California, more than one-fourth of all DUI convictions are repeat offenders.

This tragedy exemplifies what is wrong with the way California approaches people convicted of DUI. Despite the frequency with which people are convicted of multiple DUI offenses, California continues to require that all individuals with a DUI attend a 30 or 60-hour alcohol education program.

However, these programs aren't that effective.

Indeed, a 2013 report by the California Department of Motor Vehicles showed no differences in DUI incidents and crashes between individuals convicted of alcohol-related reckless driving attending and not attending DUI programs. The same report showed no difference in DUI incidents between those assigned to the 3-month and the 9-month program; 27.9% of convicted offenders arrested in 2010 were repeat offenders.

So why don't these alcohol education programs work? One reason is that many of the participants need more than education. Recent RAND research on DUI programs in Los Angeles showed that 92 percent of participants had an alcohol use disorder, and 67 percent suffered from alcohol dependence. While there are effective treatments for alcoholism, education about alcohol is not treatment and doesn't work for people with alcohol dependence.

Alcoholism is a chronic and progressive illness of the brain. People with alcohol dependence experience a strong need or craving to drink and usually can't stop drinking even when they want to.

Viewed in this light, it is not surprising that California's DUI programs have been ineffective.

Fundamentally, policies that aim to prevent re-offense by mandating completion of a DUI program are predicated on the incorrect assumption that improving participants' understanding of the laws about, and dangers of, driving under the influence will result in participants choosing not to drink and drive.

Requiring attendance at ineffective programs is bad public policy. It wastes resources and squanders the opportunity to help people with alcoholism acknowledge their problem behavior and try to change it using interventions that work. This not only has implications for these problem drinkers and their families, it also threatens public health and safety.

To be sure, making changes will be difficult. It will require collaboration and agreement among agencies and systems that typically don't work together, including the Department of Motor Vehicles, law enforcement, the judiciary and substance abuse providers. DUI programs are a big business with gross revenues in excess of $106 million per year. Many have been providing services for decades.

This most recent tragedy should serve as a wake-up call; California can, and must, do more.

So what should be done? There are science-based addiction treatments that work. New medications which reduce craving are available to treat alcohol dependence and there are several evidence-based psychotherapies.

For those individuals without alcohol dependence who may not need treatment, there are effective abstinence probation programs like South Dakota's 24/7 Sobriety Program, which monitors alcohol consumption and provides swift, certain and modest sanctions for violations. This program was recently added by the National Highway Traffic Safety Administration to its list of impaired driving countermeasures eligible for federal highway safety funds. California needs to replace ineffective programs and practices with interventions that have a better chance of working.

Risky alcohol use is a leading cause of preventable deaths in the United States.

Heavy alcohol use also exerts a toll on families and society, through its association with domestic and physical abuse, violence and crime. The case of Ms. Culbreath reminds us that a DUI arrest can be a missed opportunity to intervene.

Alcohol abuse and dependence can have terrible consequences that go far beyond the individual who drinks. California can, and must, do more.

Katherine Watkins is a senior natural scientist at the nonprofit, nonpartisan RAND Corporation and a board-certified practicing psychiatrist.