Four Issues That RUSA's Plans for Research Universities Ought To Address 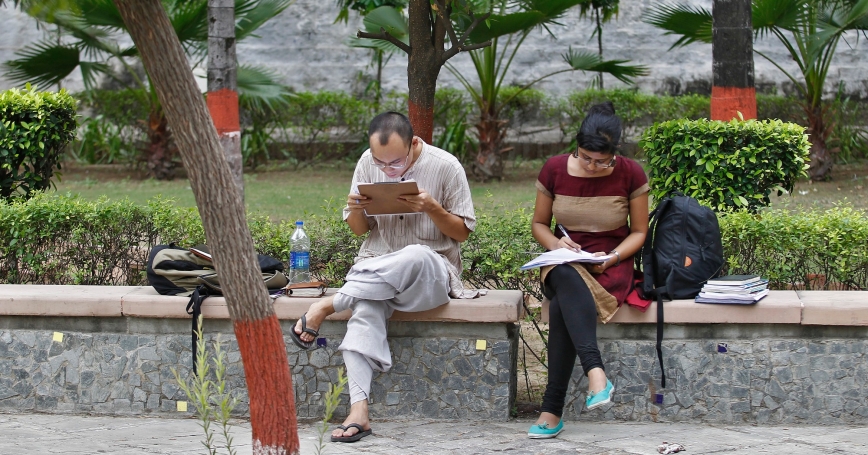 The Rashtriya Uchchatar Shiksha Abhiyan (RUSA), or National Higher Education Mission, is the key implementing initiative of the Indian government's 12th Five Year Plan for higher education. RUSA was established in 2013 with approximately Rs. 100,000 crore (about $16.3 billion) in funding through 2017. It promotes three policy priorities in higher education — equity, expansion, and excellence. Its action plans are centered on two objectives: equity-based growth and improvements in teaching-learning and research. It proposes improving teaching-learning and research by creating several world-class universities and academic clusters (groups of autonomous institutions that collaborate to expand student access across institutions), enabling mergers, expanding cross-disciplinary offerings within institutions, and establishing research universities.

With regard to the initiative to establish research universities, RUSA specifies a target of at least one such institution per state over the five-year-plan period. Noting that only a minority of a nation's institutions can become capable of producing great research, RUSA's strategy document argues that India's research universities are still worthy of state support. Specifically, research universities appear to have strong 'trickle-down' effects: They train specialists who can go on to play leading roles in industry, they develop the research and new knowledge needed for science-based economic growth, and they may support national innovation by fostering engagement between the research and industrial communities and the development of new products and services.

RUSA's policy priority in establishing these institutions is to develop a high-quality faculty that is committed to 'disinterested research' or 'knowledge for its own sake.' This will attract and develop an excellent student body and additional funding; it will also help build the desired collaborations withindustry and promote other desirable outcomes such as publications and intellectual property.

To achieve these outcomes it proposes providing academic freedom, modest teaching loads for faculty, adequate state funding and academic inclusion in institutional governance RUSA presents these action plans in detail, including processes for identifying existing universities that are ideal candidates for government support to grow them into research universities.

The goal is to establish least one research university by the end of the 12th Five Year Plan.

While much of the proposal for research universities is unexceptional and makes good sense, there are four unusual aspects that would benefit from further exploration.

There should be a significant percentage of students engaged in research.” Given that no Indian university would currently fulfill the above criteria (not a single Indian university is on the Academic Ranking of World Universities Top 200 list), it is not clear how selecting any institution can be justified according to the plan's terms. One or two may come close: the Indian Institute of Science (IISc) in Bangalore and Jawaharlal Nehru University (JNU) in Delhi (but the latter would be disqualified for other reasons, as explained later). Even for these institutions, the standard for excellence on criteria such as multi-department research output would likely be regional, not global. Further, if qualifying institutions exist, they are likely to be successful because they already receive the support that RUSA recommends — as is the case for IISc — and may not need further support.

A second challenging aspect of the proposal concerns RUSA's interest in developing a faculty that is committed to disinterested research or creating knowledge for its own sake. This is a laudable value but nearly impossible to measure. It is also undesirable as a universal value. Suppose that an engineering faculty member discovers and profitably exploits a commercial application, either through the university or on his or her own time. Although this is not the creation of knowledge for its own sake, it should be welcomed for several reasons and with only a few caveats. Such work can help engage students in real-world problems and make them more employable. The returns on the intellectual propertycreated can help the university's finances and promote its reputation as a place to engage with industry. In fact, the university should support such a process by allowing its faculty to retain some of the commercial benefits of inventions using university infrastructure. There ought to be some caveats, however. Specifically, a faculty member's academic progress should be based on academic factors, such as publishing record and student evaluations, not on the commercial value of his or her work.

A third challenge centers on the very concept of a research university versus a narrower conceptualisation of research excellence at the level of academic departments and individual faculty. If globally outstanding faculty work in departments that are not exceptional (remember that RUSA is more stringent, requiring that multiple departments be excellent), or if they work in teachingoriented departments, their chances of procuring research support under RUSA are slim. This may incentivise faculty to move to an identified research university. This could have adverse implications, such as narrowing the pool of thinkers on a topic to a single location making it insular over time. RUSA, therefore, needs to propose solutions for such researchers to get the support they need.

An approach that may address the difficulty with pre-identifying research universities and the need to support excellent faculty working in average institutions is to do what many other countries have done: support individual, not institutional or even departmental efforts. For example, RUSA can issue challenge grants that require researchers to collaborate on large projects. If multiple departments are capable of putting together a good proposal from researchers located entirely within a single institution, they should be allowed to do so.

4. Making industry collaboration a must even for social science

A final concern is that non-commercial academic departments appear to be completely outside of RUSA's ambit. RUSA's language unambiguously requires collaboration with industry — a criterion that otherwise excellent social science and humanities-oriented universities like JNU would not fulfill. RUSA needs to propose ways to support such departments and their researchers.

Rafiq Dossani is a senior economist at the RAND Corporation. His research interests include: higher education, technology policy, and globalisation and innovation in services supply-chains. Previously, Dossani was director of the Stanford University Center for South Asia.

This commentary originally appeared on EduTech Magazine on March 18, 2014. Commentary gives RAND researchers a platform to convey insights based on their professional expertise and often on their peer-reviewed research and analysis.