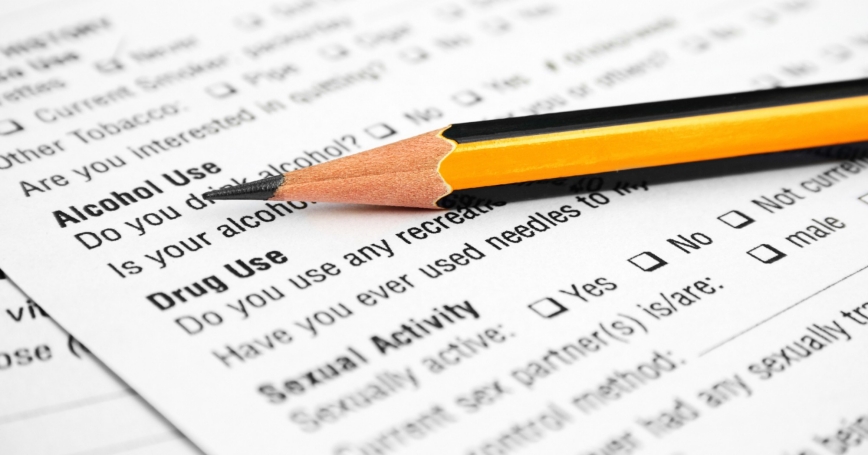 Phillip Seymour Hoffman's death has prompted a lot of discussion about heroin in recent weeks. Heroin statistics from the National Survey on Drug Use and Health (NSDUH) have fueled the debate, but they may be leading us astray.

The NSDUH, a federally-funded general population survey of approximately 70,000 people, is a wonderful tool for understanding tobacco, alcohol and marijuana use. It can also provide useful information about how many people used other drugs in the past year.

However, it is patently ill-suited for tracking heroin use, let alone abuse or dependence on heroin and other hard drugs like crack and methamphetamine. Unfortunately, due to budget concerns the federal government just shut down a critical data source that provides insights into these problems: The Arrestee Drug Abuse Monitoring Program or ADAM.

ADAM goes where serious substance abuse is concentrated — among those entangled with the criminal justice system, specifically arrestees in booking facilities. And it doesn't just ask “Please tell us about your illegal drug use, even though we are the government;” it checks responses with urinalysis tests.

Most marijuana users are surprisingly forthcoming about their use in household surveys. In contrast, those dependent on heroin are unsurprisingly invisible in such surveys.

Case in point: Estimates from the 2010 NSDUH suggest there were only about 60,000 daily and near daily heroin users in the United States. The real number is closer to 1 million.

This more accurate figure is based on RAND research that was published Friday by the White House Office of National Drug Control Policy. The report estimates the number of heavy users, total expenditures, and total consumption for cocaine, heroin, marijuana, and methamphetamine for each year 2000 through 2010.

The study documents a large increase in marijuana consumption from 2007 to 2010 as well as significant changes in the markets for cocaine and methamphetamine.

In just five years from 2006 to 2010, the amount of cocaine consumed in the United States fell by half. Neither practitioners nor researchers predicted such a drop. Given the enormous social costs associated with cocaine use, this is arguably the biggest “success” in the history of illegal drug use in the United States or abroad. Our report only quantifies the decline; it does not attempt to sort out its major and minor causes — although we do view that as a key research priority for drug policy scholars.

Methamphetamine consumption rose sharply from 2000 through the middle of the decade, and this was followed by a large decline through 2008.

Heroin consumption and the number of heavy heroin users remained fairly stable throughout the 2000s, although there is some evidence of a slight increase later in the decade. Our report does not speak to what happened from 2011 to the present.

Alas, it will be difficult, if not impossible, to provide such data in the future because there is no credible way to estimate hard drug abuse and spending in the U.S. without ADAM.

In the early 2000s, ADAM was thriving. More than 35 urban counties participated, yielding information from more than 40,000 arrestees each year. Sadly, funding for the program was eliminated from 2004 to 2006. When ADAM was resurrected in 2007 by ONDCP, there was only funding available for 10 counties. By 2012, that had fallen to five counties.

And now there are none.

Our nation's richest source of information about cocaine, heroin and methamphetamine abuse has been terminated. How can we make sensible decisions about treatment funding without knowing how many people are suffering from dependence on drugs and whether the number is rising or falling? This void also hobbles efforts to calculate the amount of drug revenues flowing to criminal organizations inside and outside of the United States, a useful input for assessing the effort to combat organized crime.

Even at its peak ADAM cost only about $10 million per year, roughly a fifth of what it costs to operate NSDUH — and less than one one-hundredth of one-percent of the social cost imposed by abuse of the drugs it tracked. Good policy needs a foundation in good data.

Hoffman's death serves as a reminder that drug abuse affects us all, regardless of income, race or notoriety. If the National Institutes of Health and the U.S. Department of Justice cannot come together to re-fund ADAM, then a philanthropic organization should step up. We cannot afford to lose our ability to measure and understand cocaine, heroin and methamphetamine abuse.

This commentary originally appeared on USA Today on March 8, 2014. Commentary gives RAND researchers a platform to convey insights based on their professional expertise and often on their peer-reviewed research and analysis.