I Predicted Russia's Invasion of Ukraine 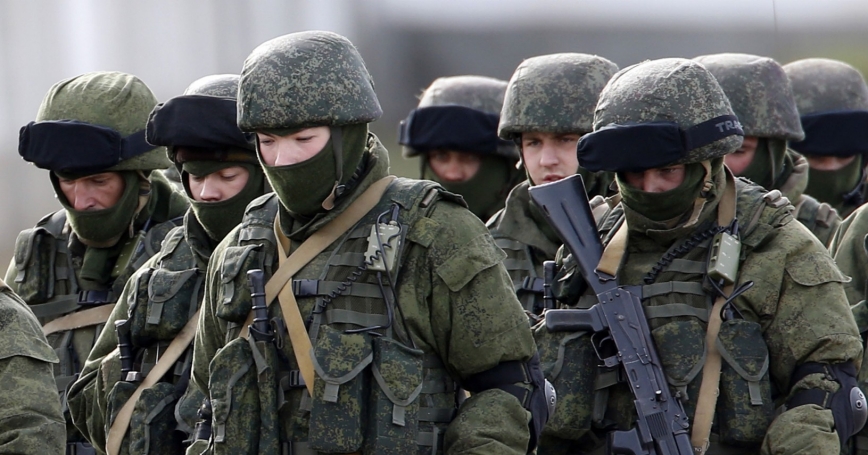 Uniformed men, believed to be Russian servicemen, near a Ukrainian military base in the village of Perevalnoye

The Russian military intervention caught many foreign policy analysts by surprise. Articles explaining why Russia wouldn't intervene ran in Foreign Affairs, Time, and the New York Times; and even the intelligence community was caught off guard according to the Daily Beast (hat tip to Ben Domenech for his post on this in The Federalist). Events have proven them wrong.

Not everyone got it wrong. Two years ago I argued that, despite the end of the Cold War, the United States should still see Russia as a hostile great power. I cited the 2008 invasion of Georgia, said that we should “look for the sequel in Ukraine,” and argued that Putin would be happy to let a foreign crisis spiral dangerously to win nationalist plaudits at home. For a similar argument, I was criticized in the pages of Foreign Affairs for my “alarmist, worst-case scenarios.”

How is it that some got this so wrong? Many foreign policy analysts (like everyone) are the victim of self-imposed intellectual blinders. We use intellectual concepts to help us organize ideas and fit them into simple categories out of necessity. There are too many data in the world for us to absorb or make sense of, so we invent schemes to help us sift information quickly. The problem is that these inventions distort and simplify as much as they clarify and reveal. Sometimes, they are simply wrong.

The intellectual schemes that foreign policy analysts donned after the Cold War are wrong. The world is not safer. States are not declining. Great power war is not unthinkable. History has not ended. Europe is not a solved problem. Russia is not a democracy. Trade ties do not guarantee peace. Liberal internationalism — the belief that all states enjoy a harmony of interests and can join together in collective security mediated through intergovernmental organizations — is naive, simplistic, utopian, dangerous, and wrong.

That doesn't mean strict realism is the appropriate response. Realism, which argues that all states, regardless of how they are governed or what ideology they profess, rationally seek to defend (or maximize) their power, usually understood as their material capabilities, is as distorted and short-sighted, in different ways, as liberal internationalism. Realists have never fully appreciated that ideology matters, and thus democracy matters. Some academic realists warned of the breakup of NATO and a resurgent Japanese threat after the Cold War. To those who understood the impact of democracy on state behavior, this was self-evidently absurd. Old-school realism is an equally broken way of looking at the world.

These beliefs leave policymakers intellectually unprepared to consider the possibility of events and crises precipitated by those who do not share their assumptions. Some U.S. policymakers cannot conceive of a land war in Europe being in anyone's interest, but Vladimir Putin can. And some American policymakers commit the elementary error of mirror-imaging, assuming everyone else in the world is just like them. This seeming inability to comprehend that other people in other countries think differently than they do is baffling. Liberal internationalism in a world of tyrants and realists is the victory of hope over prudence.

New intellectual tools are needed. Henry Nau has advocated for something he calls “conservative internationalism,” an attempt at blending the strengths of realism and liberal internationalism. He argues that a conservative internationalist approach would have the United States remain engaged in a leading role abroad and continue fostering democracy where possible, while also being more prudent and realistic in its understanding of how the world works and not putting too much trust in global institutions or the good faith of other states.

This strikes me as a stab in the right direction, especially because it seems consistent with the older intellectual tradition of Christian Realism. Christian Realism was an attempt by theologian Reinhold Niebuhr to steer a middle course between the naive utopianism of Woodrow Wilson and the cynical realpolitik of Europe, based on his belief in both the dignity and depravity of human nature. He believed the United States should never stop trying to work for a more just, peaceful, and stable world, but that it also needed to do so with open eyes and a clear understanding of how the world actually works.

Such an approach would help U.S. policymakers be more intellectually prepared for crises and less surprised at behavior that strikes them as irrational or barbaric. Americans's constant surprise at the world's persistence in being what it is is touching, but not very efficient. Much of the world, after all, is governed by irrational men. The solution is not to pretend otherwise, nor to hunker down and build high walls around fortress America. The solution is to steer a course through the chaos that does the least damage while holding on to a hope, just a small one, that something better can be built.

In Ukraine, liberal internationalism would condemn Russia's intervention, levy sanctions, pass resolutions, and accomplish nothing despite strenuous effort. A defensive realism would conclude that U.S. interests are not at stake in Ukraine and would accomplish nothing by design. An offensive realism would view Ukraine as a battleground on which to fight Russia for global prestige and influence, and would risk a militarized crisis for a point of honor.

The middle course would acknowledge that there are limits to what America can achieve: It cannot stop Russia from believing Crimea is vitally important to Russian security, and it cannot fight a cost-effective war with a nuclear power. The United States should realistically accept some form of Russian presence or influence in the peninsula and not turn this into a litmus test of American credibility.

At the same time, the United States should ask what is right for the Ukrainians, not just for Americans. It should not cynically abandon all Ukraine to Russia's despotism. That may mean sustaining a large flow of aid to democratic dissidents in a Russian-dominated Ukraine, strengthening U.S. security assurances to the government if it manages to keep Russia at bay, or even bringing Ukraine fully into the orbit of Western institutions while letting Crimea secede or join the Russian Federation.

U.S. policymakers should explore all of these options in the coming days as the crisis unfolds. It is unclear which options are feasible, but they are all worth pursuing. It would be the worst imaginable tragedy if the United States loses its faith in the possibility of building a better world when it has so many opportunities to do so. The future of Ukraine, Europe, and the world depends on it.

Paul Miller is a political scientist at the nonprofit, nonpartisan Rand Corporation. He is a former CIA analyst and served from 2007 to 2009 as director for Afghanistan and Pakistan on the White House's National Security Staff.

This commentary originally appeared on Foreign Policy on March 7, 2014. Commentary gives RAND researchers a platform to convey insights based on their professional expertise and often on their peer-reviewed research and analysis.