No Easy Answers for Ukraine 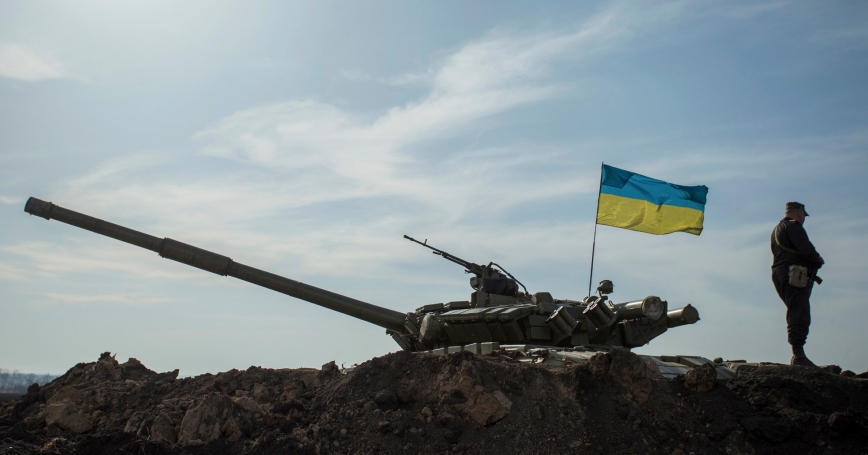 Events in Ukraine moved fast. While Russia had long asserted its “privileged” interests in its neighborhood, few, if any, suspected that protests against the government of former President Viktor Yanukovych would escalate to Russian annexation of Crimea. Today, with Russian troops uncomfortably close to the border and East Ukrainians skeptical of the interim government in Kiev, the United States and EU face several quandaries and no easy answers.

The United States is on record: Russia’s annexation of Crimea is illegitimate, illegal and unacceptable. However, Washington is no less clearly on record that it has no intention of using military force in this crisis. Indeed, a threat of military action by the United States over Ukraine, which is not a treaty ally, would not be credible. As a result, U.S. and European responses have largely taken the form of economic sanctions. These sanctions, particularly the harsher set announced on March 20, will inflict pain on some very important Russians and on the Russian economy as a whole. However, they are unlikely to quickly change Russian policy vis-à-vis Ukraine. Rather, the Putin regime will make much of its ability to stand up to U.S. pressure, gaining it credit at home and in some quarters abroad.

Ukraine's interim government is in a horrible position. Put in place by parliament to replace a semi-legally ousted corrupt administration, it soon found itself in charge of a country one peninsula smaller than it had been days before. The people of Ukraine's east and south are terrified of the political chaos, right-wing militias and economic austerity that Russian television has told them to expect, enough that some of them are thinking a Russian invasion isn't such a bad bet.

Worse yet, although some of these threats are exaggerated, none are imaginary: Ultra-nationalists are part of the government, militias have been patrolling the streets and seem disinclined to put down arms, and economic reforms could in the near term hurt Ukraine more than U.S. sanctions could ever begin to hurt Russia. Ukraine needs elections, it needs reform and it needs a massive infusion of cash, which must not be stolen or misused. For the United States and Europe, Russia's aggression makes it imperative to show steadfast support for Kiev — which makes imposing real conditionality on assistance that much harder.

An outright land grab and annexation of part of Ukraine that came after assurances of respect for the country's territorial integrity is a difference in kind, not degree from, the 2008 war with Georgia. Russia's action in Crimea was a stark violation of not only international law, but also Russia's own long-standing commitment to principles of sovereignty. Of course, in Russia's view, sovereignty doesn't apply to Ukraine. Russia never made a secret of its proprietary approach to its neighbor. Washington and Brussels had hoped that time, peace and growing prosperity would change minds and attitudes such that both Ukraine and Russia would be integrated into a European, and global, community of nations, precluding unpleasantness such as this. Enough time, it seems, was bought for Ukraine to feel independent, but not enough for Russia to agree. And enough integration and cooperation took place that sanctions on Russia will hurt investors and energy consumers, among others, in the EU. The United States is less economically exposed, but it has gotten used to Russian supply routes in and out of Afghanistan (and Russian helicopters to provide to the Afghans). The need to make clear that Russia's behavior is a game changer thus wars with the desire to keep as many of the game pieces in working order as possible.

The silver lining, such as it is, is that buried in the challenges are, if not easy answers, some possible hard ones. What Russia seeks from its adventure is status, importance and free reign in its neighborhood, for a start. If sanctions and other responses are short-lived, Moscow will feel victorious, and possibly emboldened to future aggression. But if all it gets is a peninsula on which its own Black Sea Fleet continues to rust, at a cost of a damaged economy and a shrinking capacity to attain global goals, well, while it's unlikely to change Putin's mind, whoever succeeds him might rethink things a bit.

Such a rethink will not happen quickly. In the coming years, international isolation and sanctions will be used by Russia to justify oppression at home and saber rattling abroad. But there is a huge difference between a Cold War, in which countries the world over take sides with superpowers, and the EU and United States limiting their cooperation with Russia to only what is necessary to their own needs and goals. In this context, the United States faces two challenges going forward: to stay on course and not get pulled into the escalation Russia seeks, and to avoid demonizing Russia such that should changes of mind occur, the United States, EU and Ukraine are open to exploring alternatives.

In the meantime, everything must be done to ensure that Ukraine succeeds. This means that as important as shows of support are, aid must be conditioned on implementation of economic and political reforms, respect for human rights and making all Ukraine's citizens, regardless of ethnicity or location, far better off with Kiev than they would be with Moscow. Financial assistance must reach throughout the country (and not line personal coffers). Racist rhetoric must lead to exclusion, not government positions.

What if Russia wants more than Crimea? Military aggression in East Ukraine will actually make things worse still for Moscow, and more quickly. While direct military action will stay off the table for NATO as a whole, individual NATO members may well feel differently. Moreover, Moscow knows that if parts of east Ukraine (or more) are occupied, Russia will almost certainly face a nasty insurgency, supported from abroad. Indeed, it is this, not the threat of additional sanctions, that could deter it from further action.