Nonprofits and Bridging the Civil-Military Divide 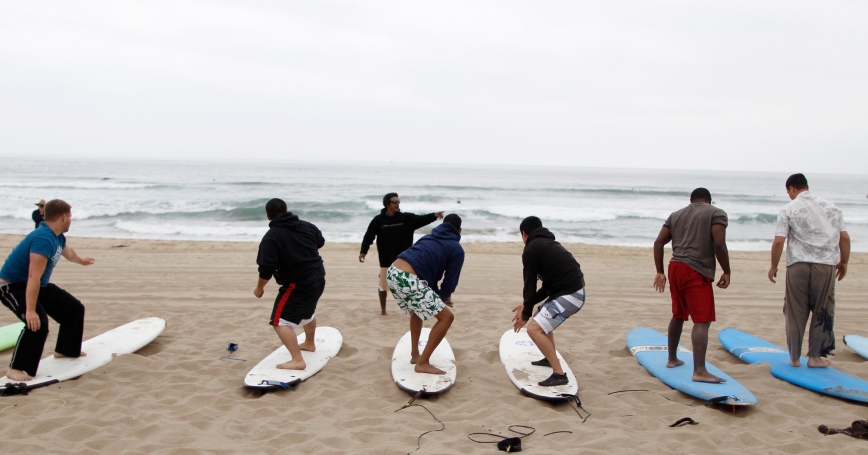 I recently got an email congratulating me on my new book that added: “Every time I see an ad for the Wounded Warrior Project, I'm at a loss to figure out why WWP is even remotely necessary. It's shameful that our government doesn't bend over backwards to give our wounded veterans and their families adequate care and support.”

It wasn't the first time I've heard this viewpoint. Several people approached me on my recent book tour to express variations on it — disappointment or irritation that nonprofits “need” to step up and do something that the government either cannot or will not do.

Although I appreciate the sentiment, I respectfully disagree. I've traveled around the country speaking about my experiences as a woman soldier and the wife of a combat-wounded veteran, and at every single event someone has asked, “What can I do?” Our country is full of tremendously caring and generous people who passionately want to get involved and make a positive difference. People who ask me that question are, I believe, sensing the civil-military divide that troops have been talking about, and seeking a way to bridge it.

In this era of the all-volunteer force, when less than 1 percent of the population has served in Iraq or Afghanistan, there are people who do not personally know a veteran of those conflicts. After 9/11, no shared national sacrifice was called for; Congress later passed unprecedented wartime tax cuts. Contrast this to tales my aunts have told me about how, during WWII, they used eyeliner to draw lines up the backs of their legs, making it appear they were wearing stockings when actual pantyhose were unavailable due to rationing of nylon. In previous conflicts, regular citizens supported the troops in various ways, from buying War Bonds to planting Victory Gardens and collecting peach pits for gas masks. In the early days of what has come to be the longest war in our history, many Americans wanted to connect with troops and veterans; they simply hadn't been asked to do so and didn't know how.

Since then, a plethora of organizations have sprung up, with people from all walks of life seeking ways to contribute based on their own expertise or affinities, from therapists willing to donate counseling to groups who help bring home pets adopted by deployed troops, from artists who help veterans make paper from their uniforms to organizations that let people donate airline miles to wounded warriors and their families. By some counts, there are more than 40,000 nonprofits with an expressed aim of helping veterans (though, sadly, not all of these are reputable).

Today, although the Department of Veterans Affairs has been largely shielded so far, there is significant pressure to shrink the size and spending of the government. In that climate, it's worth asking whether we actually want the government to be involved in all of the diverse areas that nonprofits are willing to take on, such as providing equine therapy or taking wounded warriors kayaking. Of course I want the government to meet its obligations to provide appropriate care and services for troops and veterans. But do we want government employees asking sports teams for free baseball tickets for troops, running writing seminars, or sewing quilts?

All of these programs touch the lives of troops, veterans, and military families in unique ways — and, just as importantly, give community members ways to connect with those groups. They give citizens a chance to reach out to those whose lives have been touched by the wars our country sent them to. They provide a venue to bridge the civil-military divide. I do not see this as “shameful” but as a reflection of the best aspects of America — and I urge everyone to get involved.

Troops, veterans, and military families can go to the National Resource Directory to find help if they need it, and citizens can turn there to start looking for local, state, or national organizations serving those communities where they can donate their time or money (after vetting). Each and every one of us can play a role in bridging the civil-military divide, but only if we take action.

Williams, a project associate at the nonprofit, nonpartisan RAND Corporation, is the author of Plenty of Time When We Get Home: Love and Recovery in the Aftermath of War. She was formerly a sergeant in a military intelligence company of the 101st Airborne Division (Air Assault).

This commentary originally appeared on The Hill on March 27, 2014. Commentary gives RAND researchers a platform to convey insights based on their professional expertise and often on their peer-reviewed research and analysis.