RAND Experts: Diplomacy Is the Best Course in Ukraine 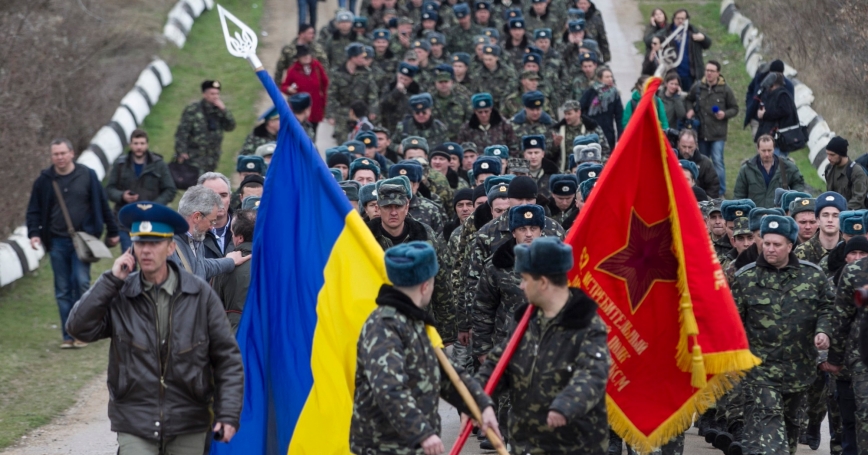 Just as violent protests gave way to the formation of a new interim government in Kiev, Western concern over the crisis in Ukraine intensified with Russian military advances into Crimea. With Russian President Vladimir Putin defending the incursion and Secretary of State John Kerry on the ground in Kiev, RAND experts say a diplomatic solution is the only viable option.

Olga Oliker, Washington-based associate director of RAND's International Security and Defense Policy Center, asserts that while the U.S. and EU should rely on diplomatic strategies, Putin may not fear a deterioration of relations.

“It is possible that what Putin wants out of all this, aside from protection of Russian speakers the world over, is, if not a new Cold War, something very like one,” Oliker writes. “After all, during the old Cold War, Moscow was strong, its interests respected, its prestige on par with that of Washington. If this is indeed what Putin wants, the smart policy, and the long game, is to simultaneously show global anger at his actions while demonstrating that grabbing bits of Ukraine will not, in fact, get Russia global respect or influence.”

Oliker added in an interview with TIME magazine that it is clear that Russia sees the crisis differently than much of the rest of the world. “The narrative about this in Russia is about protection of the ethnic Russians and the Russian-speaking population,” she said. “It is about stabilizing a country in chaos. It is about a country where, from the Russian perspective, a legally elected president has been deposed by a mob.”

If Putin is going to occupy a chunk of Ukraine, she continued, Crimea would be easier than eastern Ukraine because it is self-contained and strategically vital, and the population is predominantly pro-Russian, making it a natural place to halt military operations and press for political gains. But Putin may press further into Ukraine. “If Russia were to actually push further into the country — into central and west Ukraine — it would face a very, very ugly occupation very quickly,” Oliker said. “Over time, an occupation of east Ukraine would also turn ugly.”

Jennifer Moroney, Washington-based director of the Defense and Political Sciences Department at RAND, applauds the high-level diplomatic engagement demonstrated by Secretary of State John Kerry's trip to Kiev and the White House's proposed $1 billion loan package for Ukraine. In an op-ed for US News & World Report, however, she adds that the U.S. and its European allies should be taking other steps to sustain the diplomatic momentum.

“First, the United States needs to work closely with its allies, the UK and Germany in particular, to identify diplomatic options to resolve the crisis. Second, although Brussels has been irritatingly quiet, the United States must push NATO and the EU to issue strong communiques condemning Russian tactics and assuring Ukraine, and indeed the other post-Soviet republics, that they have support in the West.

“Third, the United States should reach out to regional partners, Poland in particular, which have strong ties to the western regions of Ukraine. Fourth, the United States must reinforce security cooperation with Ukraine. This does not require boots-on-the-ground, but rather a concerted outreach effort targeting officials the U.S. military has worked with in the past to reassure them of America's commitment to the sovereignty of Ukraine.”

Svitlana Kobzar, Brussels-based analyst, argues in Twitter posts and in media interviews that while the Ukrainian government issues statements pressing for friendly relations with Russia and seeks means to address its economic problems, it operates from a weak position, both economically and militarily. She added that Russian aggression has a bearing on the NPT (Treaty on the Non-Proliferation of Nuclear Weapons), as Ukraine agreed to become a non-nuclear state in return for security guarantees from Russia, the U.S. and UK. Now, she said, Russian actions pose serious a challenge to EU security. In Crimea, if Russia is concerned about ethnic minorities, there are enough international tools to address these concerns, such as the OSCE framework.

Gregory Treverton, Santa Monica-based senior policy analyst, writes in the UK's Prospect magazine that a diplomatic solution will come more easily through engaging with, rather than threatening, Putin. He points out that “Russia's occupation of Crimea will not be undone unless and until Vladimir Putin decides to.

“The situation in Ukraine evokes eerie echoes of the Cold War, not to mention czarist preoccupation with what has come to be called Russia's ‘near abroad.' The situation is dangerous, and in that circumstance, wishes are not policy. Neither is foot-stomping. The first task is not rolling back the effective occupation of Crimea by Russian troops, but trying to keep a bad situation from getting worse.”

Bryan Frederick, Washington-based associate political scientist, uses the crisis in Ukraine to highlight the danger posed by the erosion of the widely accepted international principle of territorial integrity.

“The unfolding events in Ukraine threaten international peace and security in a manner that goes beyond the immediate crisis,” Frederick writes. “Russia's increasingly brazen violation of Ukraine's territorial integrity threatens to undermine the widely accepted principle that international borders are not subject to further revision, a principle that has contributed significantly to a global decline in interstate war in recent decades.

“The United States and its allies have limited means to pressure Russia to withdraw from Ukraine, but upholding the principle of territorial integrity will require a sustained refusal to acquiesce to Russia's actions.”