Stuck Between a Rock and the 'Zero Option' 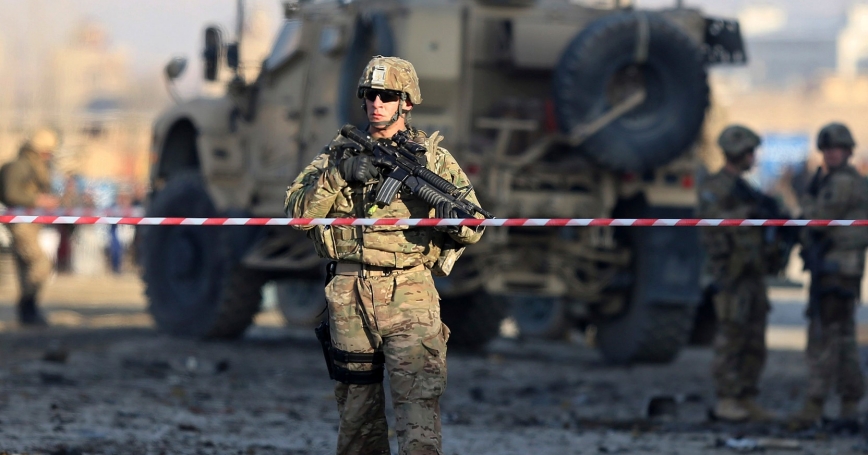 U.S. troops stand guard at the site of a suicide car bomb attack in Kabul

In a remote corner of Afghanistan, at the edge of their government's writ, many Afghan soldiers refuse to believe the Americans really plan to leave. Ask them to imagine for a moment an Afghanistan without a U.S. presence and the response is usually dismayingly negative. And yet, a total drawdown of American forces — the “zero option” — is a real possibility. Recently, Secretary of Defense Chuck Hagel announced the United States would begin planning for this contingency, among other drawdown scenarios, because of Afghan President Hamid Karzai's failure to sign a bilateral security agreement.

The United States and Afghanistan are headed toward a breach in their relationship that could be irreparable. How did the United States get here, and how can it walk back from the brink?

First, it's important to note that most of the U.S. military and civilian government don't want the zero option, and neither do urban and politically active Afghans. The current commander of the International Security Assistance Force in Afghanistan, Gen. Joseph Dunford, has called the mere discussion of the zero option “damaging,” and U.S. Ambassador to Afghanistan James Cunningham has said it is not in America's best interest. The special representative for Afghanistan and Pakistan, Ambassador James Dobbins, has warned of “widespread violence” if the zero option is implemented. Former commanders and other senior officials, such as General John Allen, Ambassador Kurt Volker and Ambassador Paul Bremer, have been even more open about their opposition to a sudden withdrawal. On the Afghan side, a traditional grand council, or Loya Jirga, has already approved the bilateral agreement, and a number of parliamentarians have denounced Karzai's failure to sign it. All of the frontrunners in the Afghan presidential campaign have indicated that they would sign the agreement if elected. Moreover, a 2012 survey of Afghan elites (PDF) found widespread support for a small, continuing foreign presence in the country.

Second, it bears stating that the question is not whether to withdraw forces, but how. Despite whatever degree of success or failure one believes has been achieved by the United States in Afghanistan, there is widespread agreement it is time for Afghanistan to take charge. Indeed, the present impasse shows that international powers already have waning influence over events in the country, for better or worse. But there is a right way to leave and a wrong way. It is vitally important to U.S. interests that it departs on the right terms. The threats the United States will face from this region have important political dimensions and they require relationships, not merely surveillance from a distance, to address.

From President Karzai's position, signing the bilateral security agreement represents the end of his ability to negotiate with the United States; he will be able to gain nothing further. But Karzai faces a broader set of issues, including solidifying a position with respect to Pakistan, which has expressed both positive and negative views of the agreement. He must develop some way forward with the Taliban who have said they will not negotiate if the agreement is signed. Gulbuddin Hekmatyar, head of Hezb-e Islami, also opposes the agreement. While his influence is smaller than the Taliban's, he controls key physical and political terrain for Karzai. Moreover, Karzai may see the agreement as tied to his succession — at best as the catalyst for a better relationship with his successor, and at worst as incentive for the international community to support the results of a questionable election. To use the Afghan saying, the president is trying to hold two melons in one hand. Without formal agreements with any party, Karzai remains the central figure in every debate; the day he signs the bilateral agreement is the day he becomes a lame duck.

America finds itself on the brink seemingly by accident. When the zero option was first floated as an idea, many assumed it was a bluff, a negotiating position to compel Karzai to sign the bilateral agreement. But though it may have started that way, enthusiasm for the idea caught on in some war-weary corners of Washington. With much of the Middle East and Africa ablaze, why not put an abrupt end to a war most of America no longer wants? As a bluff, the zero option failed, but it lived on as a contingency. Eventually the United States set a rough deadline for reaching an agreement, but this too misgauged Karzai's likely reaction. Now, the agreement has become an issue of credibility for Washington.

Recently, the president directed the military to prepare for the zero option, but less visibly, he also began to walk back from the brink. In a phone call with Karzai, President Obama indicated he would be open to an agreement with the next president of Afghanistan, but warned that “the longer we go without a [bilateral agreement], the more likely it will be that any post-2014 U.S. mission will be smaller in scale and ambition.” This is a smart line of negotiation, removing the threat of a deadline, but maintaining credibility by warning of vanishing benefits.

The administration should continue with this more flexible line of negotiating, resisting attempts to use extreme positions as tools of deal making. It should also prepare itself for the possibility that any successor to Karzai will find himself in a similarly complex political position. The next president may sign this agreement, but there will be other points of friction as the region evolves. It is crucial that the United States relearn how to build relationships and protect its interests as its role in this region changes. If it leaves too quickly, the United States may find itself back again too soon.

This commentary originally appeared on U.S. News & World Report on March 11, 2014. Commentary gives RAND researchers a platform to convey insights based on their professional expertise and often on their peer-reviewed research and analysis.