The Flight 370 Mystery Gets Political 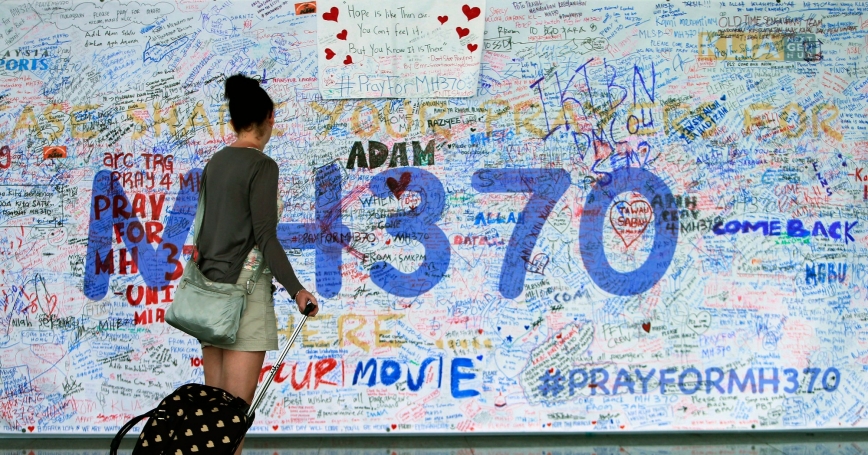 The disappearance of Malaysian Air Flight 370 is a tragedy and a mystery. It is in the process of becoming part of a political smear campaign as well.

Shortly after midnight on March 7, the Boeing 777 vanished, prompting a multination search in the waters of the South China Sea and the Gulf of Thailand. On March 15, Malaysian Prime Minister Najib Razak announced that investigators believe the aircraft was deliberately flown in the opposite direction. The last radar contact with the craft was a ping recorded by a Malaysian air force station about an hour and a half after takeoff, about 200 miles off the nation's westernmost coast.

Now, in a twist that few observers might have foreseen, Malaysian authorities are attempting to use this tragedy as a weapon against opposition leader Anwar Ibrahim. A British tabloid quoted Malaysian police as saying the captain of the aircraft was a political activist supporting Anwar, and cited unnamed figures describing him as “obsessive” and “fanatical.” The Malaysian press has since been running hard at this angle, including the revelation that the pilot was a relative of Anwar's son's in-laws.

It is possible that the pilot, Zaharie Ahmad Shah, will turn out to have been responsible for the diversion of Flight 370. Whether Zaharie's role in this mystery is that of a villain, a failed hero or an uninvolved victim remains unknown. Also unknown is what factors contributed to his mindset as he sat in the cockpit. Political frustration may have played a part (Zaharie is reported to have attended a court trial for Anwar the afternoon before the flight), but there are any number of other potential elements.

What should not be considered within the realm of possibility is that Anwar Ibrahim or his political party had any role in the plane's disappearance.

The governing party in Malaysia has conducted a vendetta against Anwar since 1998, bringing repeated criminal cases against him on what many Malaysians believe are trumped-up charges. Anwar was convicted of sodomy (a crime in Malaysia under a statute that dates to British colonial times), and served several years in prison before the sentence was overturned. The court case that the pilot of Flight 370 is said to have attended was the latest in a series of trials for sodomy that the political leader has endured. (Anwar has always denied the charges.)

Why might unnamed sources, in the police and elsewhere in Malaysia's political establishment, try to link Anwar to a potential hijacking of an aircraft carrying 239 passengers? Possibly to divert attention from the government's ineffective management of the search in the days since the plane's disappearance. Possibly to weaken the political threat posed by Anwar, whose opposition Parti Keadilan Rakyat came very close to unseating the ruling Barisan Nasional coalition in last year's general election. And possibly, given the level of venom in Malaysia's politics, just because they could.

When asked whether his most recent court setback might have caused the pilot to snap, Ibrahim replied, “I believe 90 percent of taxi drivers support me and are not happy with the (court's) decision. But they did not hijack their taxis.” No one knows where Flight 370 is, or who caused its disappearance or why. But it should be obvious that Anwar Ibrahim is not responsible.