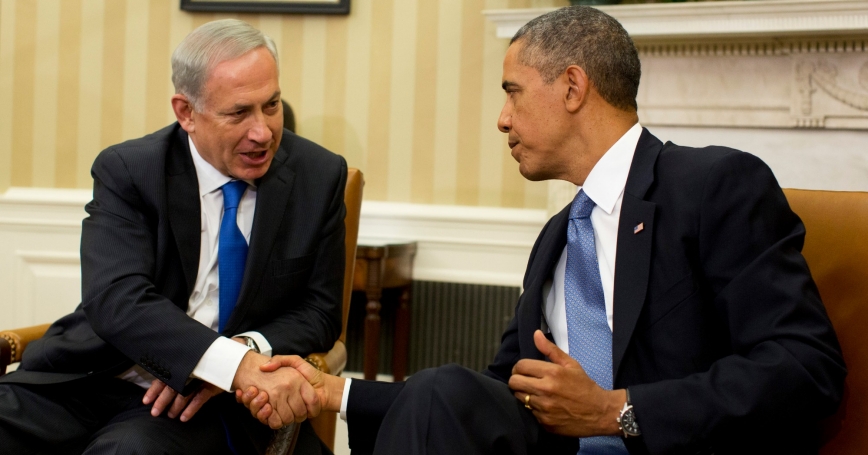 There really is an “Israel lobby” that influences U.S. foreign policy, but it is made up of more Christians than Jews. The Pew Forum found in 2013 that 82 percent of white evangelicals believed that Israel was given to the Jewish people by God—more than double the percentage of American Jews who believed the same—and almost half of them believed the United States was not supportive enough of Israel. White evangelicals made up 23 percent of the electorate in 2012, according to the Pew Forum on Religion and Public Life, large enough for their beliefs to influence candidates' foreign policy platforms. Much of the support for Israel among evangelicals and fundamentalists stems from a distinctive reading of the Old Testament. They believe that God's promises to Abraham regarding Israel were both literal and unbreakable and that these promises still hold today. Therefore, nations friendly to Israel stand to be blessed by God, while those opposed court his wrath.

The religiously grounded pro-Israel viewpoint distorts American policy towards Israel with an unhelpful inflexibility and exaggerates the political importance of the country (indeed, the whole region) to the United States. The time, attention, and resources the United States brings to bear on the region have become disproportionate to U.S. political interests there. American policymakers should recognize that there is more theological disagreement on this issue than is widely recognized. The fundamentalist viewpoint does not have strong support in older Christian theology, and emerging evangelical leaders, such as Rick Warren and Russell Moore, tend not to agree with it.

Policymakers should thus feel freer to develop alternative approaches to U.S. policy in the Middle East based on more traditional grounds, such as American security interests and humanitarian ideals. Although the United States should always support Israel's right to exist, it need not support every Israeli initiative and policy, sustain the high amount of foreign aid the United States gives to Israel every year, nor even spend much time worrying about what is, in reality, a minor dispute in a strategically secondary region of the world compared to Europe and East Asia....

Paul D. Miller is a political scientist at the RAND Corporation and an assistant professor of international security affairs at the National Defense University in Washington, D.C. He previously served on the National Security Staff in the White House for both the Bush and Obama administrations.

This commentary originally appeared on Lawfare on March 16, 2014. Commentary gives RAND researchers a platform to convey insights based on their professional expertise and often on their peer-reviewed research and analysis.