The Foreign Policy Essay: The Limits of Small Footprints 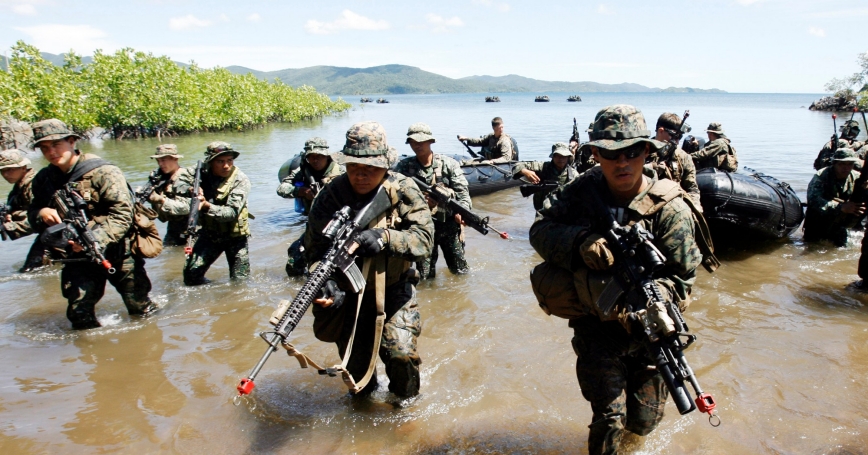 The United States is deeply concerned about the potential for countries like Libya, Mali, Somalia, Syria, Yemen, and others to export insecurity—particularly terrorism, but also other forms of violence and instability. However, Washington is not willing to dedicate substantial resources to dealing with these crises, as it did in the counterinsurgencies of the 2000s or the peace operations of the 1990s. As President Obama's 2012 Defense Strategic Guidance proclaims, the United States “will develop innovative, low-cost, and small-footprint approaches to achieve our security objectives.”

If this policy sounds familiar, it should. It is not the first time the United States has adopted such an approach.

Facing a country exhausted by years of fighting in Vietnam, President Nixon in 1969 declared a core principle of what would become known as the Nixon Doctrine: “We shall furnish military and economic assistance when requested…But we shall look to the nation directly threatened to assume the primary responsibility of providing the manpower for its defense.” This announcement would pave the way to the “Vietnamization” of the war in Indochina—and also to U.S. participation in proxy conflicts throughout the developing world. These wars limited the expansion of Soviet influence at an extremely low cost in terms of the number of American soldiers deployed abroad. They also led to an enormous spike in the number of wars and war-related deaths around the globe. Most of these wars ultimately only ended (if they ended at all) with the end of the Cold War, not as a result of the victory of America's proxies.

The history of “small-footprint approaches” should be sobering. It suggests that such approaches are good at preventing allied governments from losing against rebels, but are not very good at actually winning wars. Meanwhile, the costs of conflict—including spillover effects such as refugee flows, illicit trafficking, and transnational terrorism—continue to accrue....

Stephen Watts is a senior political scientist at the nonprofit, nonpartisan RAND Corporation. His research has focused on insurgency and counterinsurgency, stability and peace operations, security assistance, coalition diplomacy, and political development in the wake of civil wars. He formerly held fellowships at Harvard University's Belfer Center and the Brookings Institution and served in the U.S. State Department.

This commentary appeared on lawfareblog.com on March 30, 2014.