The Internet's Role in Radicalisation 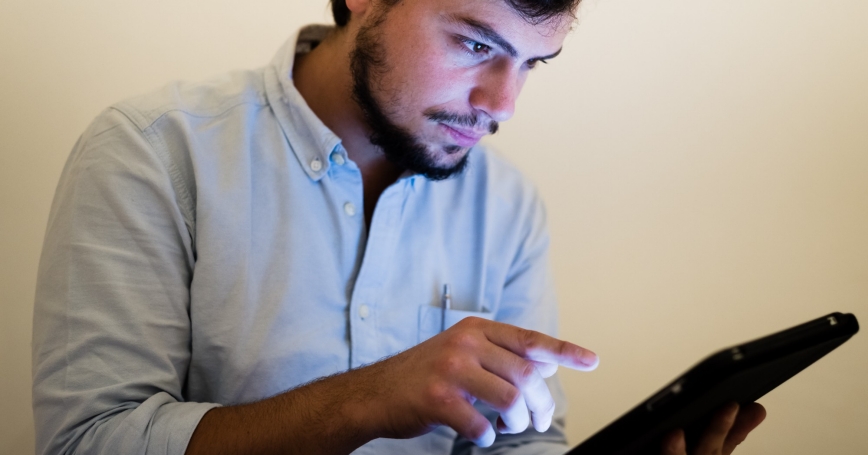 The Internet was born a quarter of a century ago. A new technology emerged, changing the way people live, communicate and do business. Cookies were suddenly made of bits and bytes. Tweets, formerly known as sounds of nature, have become synonymous with news, and information is now spreading at lightning speed.

Even as people enjoy the advantages of social networks, online shopping and access to information, concerns are growing about the negative effects of the Internet, such as its potential role in radicalising terrorists. Terrorists draw spiritual inspiration from online lectures and videos, access guidance from websites and plan attacks with like-minded radicals via Internet forums.

It is clear that while society increasingly embraces the Internet, opportunities for those wishing to use it for terrorism have grown. The Internet is often singled out as the key means through which extremists and terrorists are radicalised. But is that really the case? Is the Internet to be blamed?

What Do We Know?

The plural of anecdote is not data: an individual who possesses a USB stick with extremist material, has Facebook accounts exhorting violent jihad, or watches beheading videos is not necessarily evidence of 'online radicalisation'. The degree of influence of extremist online content on those viewing it remains unproven.

Although we live in a digital age little is known about individuals' experiences of the Internet and their engagement with it during the process of radicalisation. Primary data and access to radicals and terrorists are exceptionally hard to come by. Research thus far has often fallen short of uncovering the actual mechanisms through which radicalisation takes place today.

RAND Europe's latest study on Radicalisation in the digital era closes this gap. Interviewing extremists, convicted terrorists and police senior investigative officers was an essential step to get our empirical evidence. Our results therefore show a much more nuanced picture than what is often portrayed in the media, specifically that the Internet is not the sole driver of radicalisation.

Be Aware of Over-Simplification

It is true that the Internet plays an important role in the radicalisation process of violent extremists. It also acts as a place where individuals find their ideas supported and echoed by other like-minded individuals.

Our evidence however does not necessarily support the common suggestion that the Internet accelerates radicalisation. Equally, while self-radicalisation might be possible through the medium of the Internet, physical contact plays a significant role.

Our study shows that while the Internet facilitates the radicalisation of individuals, it is only one part of the whole process. It is therefore indispensable to focus on the potential interplay between the off- and online world. The role of the Internet must always be placed within the broader context of the individual's personal history and social relationships and can't be singled out as the only source of radicalisation.

Implications for Politicians and Practitioners

Everyone agrees that terrorism remains a topic of concern. The spreading of radical ideas in many parts of the world continues to rise; foreign fighters are reported to be in Syria in significant numbers; and concern over future terrorist attacks is widespread. Given this continuous threat the policy world is likely to benefit from taking a range of approaches.

Many counter-radicalisation programmes exist already and most of them differ greatly from one another. What they all have in common though is their huge financial investment. With respect to resources devoted to the Internet and radicalisation, increasingly innovative methods are needed to disrupt, take down and/or filter unwanted content. One part of such a continuous approach is to evaluate past and present activities in this area. However, independent documentation of whether and how counter-radicalisation programmes work is scarce.

Rather than continuing to apply the same approach without questioning its efficacy, we believe that first an independent assessment of the many already existing projects would be sensible. Aiming to understand what works and what doesn't in countering radicalisation makes more sense than continuing to invest into something unknown. Living in a digital era brings new challenges: the first one, above all, is to understand its implications and be careful of over-generalisations and hasty conclusions. Complex topics ask for complex answers, if the Internet is to be kept under control.

Ines von Behr is an analyst at RAND Europe. Her research interests are counterterrorism, radicalisation, strategic security policy and the EU's Common Foreign and Security Policy.