Where Is Ukraine Headed? 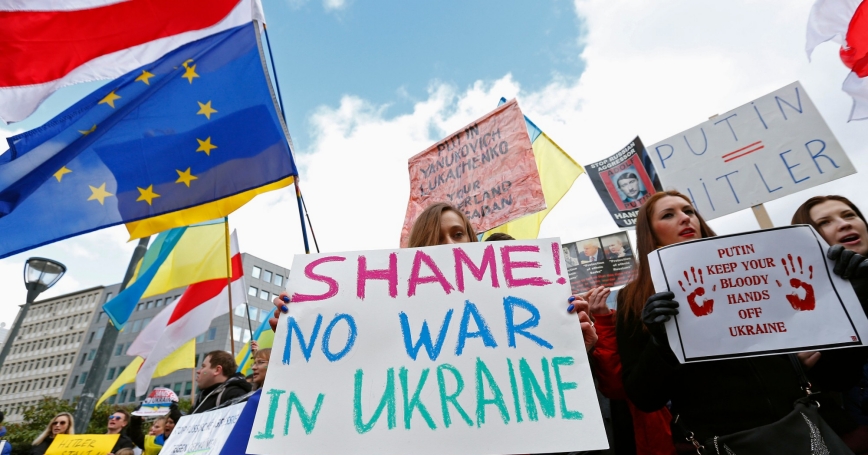 The situation in Ukraine evokes eerie echoes of the Cold War, not to mention czarist preoccupation with what has come to be called Russia's “near abroad.” The situation is dangerous, and in that circumstance, wishes are not policy. Neither is foot-stomping. The first task is not rolling back the effective occupation of Crimea by Russian troops, but trying to keep a bad situation from getting worse.

It is useful to begin with a clear-eyed appraisal of what we know and what we don't. The most important “knowns” are two: Russia's occupation of Crimea will not be undone unless and until Vladimir Putin decides to; and Ukraine has ceased to exist as a functioning state.

Take the two in turn. Neither western foot-stomping nor sanctions can force Putin to withdraw Russian troops or replace them with European observers to guard Crimea from a danger no one has yet seen. As Lyndon Johnson said: sometimes, like a mule in the rain, you just have to stand there and take it. Putin's spokesman was, alas, on target when he made fun of threats to cancel the G8 meeting scheduled for June in Sochi or to expel Russia from the group. Europe's dependence on Russian oil and gas means there is no stomach for sanctions against those exports. In any case, those sanctions, like ones against visas or assets, would take time to bite....

Gregory F. Treverton directs the RAND Corporation's Center for Global Risk and Security. A former vice chair of the U.S. National Intelligence Council, his latest books, both in press, are Dividing Divided States, University of Pennsylvania Press, and Beyond the Great Divide: Relevance and Uncertainty in National Intelligence and Science for Policy, with Wilhelm Agrell, Oxford University Press.

This commentary originally appeared on Prospect Magazine on March 3, 2014. Commentary gives RAND researchers a platform to convey insights based on their professional expertise and often on their peer-reviewed research and analysis.