Where There's Vapor, Is There Fire? We Need Evidence on E-Cigarettes 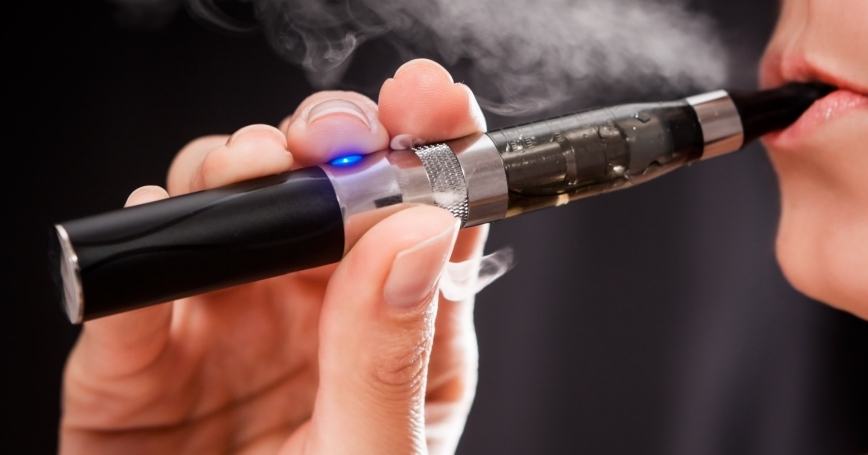 One thing that is known about electronic cigarettes: they've become a serious business in the United States.

Although e-cigarettes represent only a tiny percentage of the U.S. tobacco market, the industry is growing.

The number of people currently “vaping” has increased substantially over the last few years, with sales of nearly $2 billion in 2013.

Some analysts predict that this could grow to $10 billion by 2017 and eventually overtake sales of conventional cigarettes. It's worth noting that the industry is maturing without much in the way of oversight or regulation.

We also know how e-cigarettes work—mechanically speaking. Using a battery-powered heating element, they convert liquid nicotine (sometimes flavored with food additives) into a vapor that users then inhale or “vape.”

This unique system delivers nicotine without the cancer-causing and other harmful elements associated with burning tobacco.

Unfortunately, that's where a lot of the certainty ends. Currently, evidence for the safety, harmfulness, utility, and addictiveness of e-cigarettes is lacking.

The questions that research needs to answer, however, are clear as day—particularly since business is booming.

Are E-Cigarettes Bad for You?

Some of the food additives that flavor e-cigarette vapor may be dangerous when inhaled; the long-term health effects of inhaling the vapor are unknown. And of course, e-cigarettes still deliver nicotine, the main addictive ingredient in cigarettes and other tobacco products.

Nicotine from e-cigarettes could have detrimental effects on cardiovascular health and may impair breathing among those with already compromised lung functioning.

The FDA Center for Tobacco Products is concerned enough that it is collecting reports of adverse events among e-cigarette users and funding research on the potential toxicity and addiction threat of e-cigarettes.

Can E-Cigarettes Help You Quit?

E-cigarettes may function like other FDA-approved nicotine replacement products (e.g., patches, gum), acting as a safe and effective means for helping cigarette smokers reduce their consumption or quit altogether. Uncontrolled clinical reports and patient anecdotes suggest that cigarette smokers have successfully used e-cigarettes to both ends.

Use of e-cigarettes could be a gateway to cigarettes or other tobacco products.

However, there is no evidence that exposure to advertising and promotion for e-cigarettes prompt use among anyone. And there's no evidence for a gateway effect—a historically controversial topic, regardless of the substance or substances being abused.

Of course, the billions of tobacco industry dollars devoted to advertising and promoting cigarettes have contributed to increases in cigarette smoking among young people. An extensive body of research supports this. But relying on this for evidence of the dangers of e-cigarette advertising and accessibility is not sound science.

The bottom line is that policy should never get ahead of science. Anecdotal reports, hearsay, and “hair-on-fire” concerns aren't a sufficient foundation for building policy.

The FDA Center for Tobacco Products is well aware of this and is committed to funding research that seeks more definitive answers to the many unanswered questions about the safety, harm, and even potential clinical utility of e-cigarettes.

Soon there will likely be a ruling from the FDA on how to best regulate e-cigarettes. Local communities and organizations are enacting bans on use. E-cigarette manufacturers are mobilizing for war.

Expect a long fight with battle lines drawn over scientific ambiguity and lack of evidence—at least until the body of research matures.

This commentary originally appeared on The Health Care Blog on March 4, 2014. Commentary gives RAND researchers a platform to convey insights based on their professional expertise and often on their peer-reviewed research and analysis.