Book Review: A Reporter Analyzes the Driving Role of Pakistan in the Afghan War 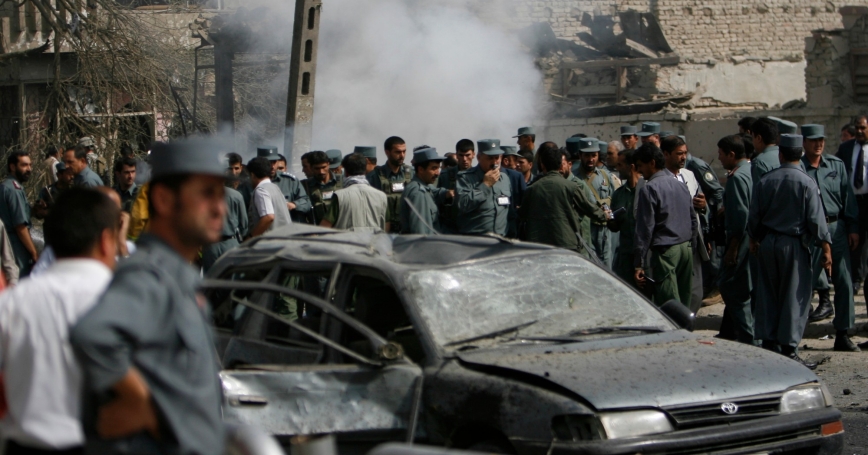 On July 7, 2008, insurgents detonated a huge suicide car bomb outside the Indian Embassy in Kabul, Afghanistan, killing 54 people, including an Indian defense attaché. The attack destroyed the embassy's protective blast walls and front gates, and tore into civilians waiting outside for visas.

On one level, the attack was merely one among many that occur across this war-torn country, terribly unfortunate but numbingly frequent. But there was something particularly insidious about this one. According to United States intelligence assessments, agents from Pakistan's chief spy organization, the Directorate for Inter-Services Intelligence, or ISI, were involved in planning the attack. After being briefed by American intelligence officials, President George W. Bush dispatched Stephen R. Kappes, the C.I.A.'s deputy director, to Pakistan.

The involvement of the ISI in such a high-profile attack illustrates one of the most ignominious undercurrents of the war in Afghanistan and the subject of Carlotta Gall's new book, “The Wrong Enemy”: the role of Pakistan. Ms. Gall, a reporter for The New York Times in Afghanistan and Pakistan for more than a decade, beginning shortly after Sept. 11, is in an extraordinary position to write this important and long overdue book.

At its core, “The Wrong Enemy” is a searing exposé of Pakistan's involvement in the Afghan war, which Ms. Gall drives home in the book's opening salvo. “Pakistan, not Afghanistan, has been the true enemy,” she pointedly writes.

The book opens with the Taliban's November 2001 defeat in Afghanistan, a striking blow to a group that had initially seized Kabul in 1996 with aid from the ISI and other Pakistan government agencies. By December 2001, however, some Pakistani officials began conspiring against the nascent Afghan government. In the Pakistan frontier town of Peshawar, more than 60 prominent insurgents and several well-known Pakistan military and intelligence figures met and plotted their revenge.

The Taliban then turned to the weighty task of building a base of operations. Many of their leaders settled in the bustling Pakistan city of Quetta, once an outpost of the British Empire that guarded the southern gateway to India from Afghanistan through the Bolan Pass. Eager to find Quetta's newest squatters, Ms. Gall trekked there and found Taliban fighters willing to talk.

Over the next several years, a sordid mix of Pakistan government officials, political parties and militant groups provided refuge and aid to the Taliban and other Afghan insurgents. According to Ms. Gall, the ISI even ran a special desk assigned to handle Osama bin Laden, a damnable accusation if true. (Ms. Gall credits an “inside source” and says she ran it by two United States officials who told her it was consistent with their conclusions.) This amalgam of support proved to be a lethal combination for the growing insurgency in Afghanistan that confounded United States policy makers.

According to a RAND study I wrote several years ago, insurgencies that received support from external states achieved their aims more than 50 percent of the time, while those with no support won only 17 percent of the time. But that's not all. Insurgents have been successful approximately 43 percent of the time when they enjoyed a sanctuary. Afghan insurgents enjoy both outside support and sanctuary, a doubly difficult hurdle for the United States and its allies to overcome.

Islamabad's rationale for supporting Afghan insurgents is straightforward and, in many ways, understandable. Hemmed in by its archenemy, India, to the east, Pakistan wants an ally to the west. It doesn't have one at the moment. Instead, New Delhi has a close relationship with the Afghan government. Feeling strategically encircled by India, Islamabad has resorted to proxy warfare to replace the current Afghan government with a friendlier regime.

With its focus on Pakistan, “The Wrong Enemy” is a valuable contribution to a hefty body of work on the American war in Afghanistan that has become stale and somewhat hackneyed. It provides a raw, unvarnished and important look at one of the darkest and least understood parts of the Afghan war.

“The Wrong Enemy” is not the first book to grapple with Pakistan's role in Afghanistan. Others have done so, including Ahmed Rashid's “Descent Into Chaos” (2008) and Barnett R. Rubin's “Afghanistan From the Cold War Through the War on Terror” (2013).

But Ms. Gall's treatment of Pakistan's role is the most comprehensive. She does not, however, let the Afghan or American governments off the hook. She excoriates President Hamid Karzai of Afghanistan for failing to offer the Taliban a serious peace plan after 2001. She also criticizes him for a litany of faults, from wantonly tolerating government corruption to unnecessarily micromanaging government decisions. And she disparages the United States military for conducting airstrikes that unnecessarily killed civilians and for detaining too many Afghans who were wrongly arrested, falsely accused by rivals, or simply in the wrong place at the wrong time.

While Ms. Gall's rich anecdotes from interviews with Afghan villagers, Taliban fighters and officials of many governments provide poignant realism to the book, they also highlight one of its few drawbacks. Unlike some of the pre-eminent books on the region, like Steve Coll's well-sourced Pulitzer Prize-winning “Ghost Wars” (2004), “The Wrong Enemy” occasionally veers into reporting unsubstantiated second- or thirdhand accounts from unnamed sources without providing adequate context — or skepticism — when appropriate. On several occasions, for example, she cites unnamed Afghan security officials, who have a proclivity to blame Pakistan for everything, in highlighting ISI mischievousness in Afghanistan.

Still, “The Wrong Enemy” arrives at an auspicious time, just as the United States is ending its combat mission in Afghanistan. In a passionate plea, Ms. Gall argues in the final chapter that the United States is turning its back on Afghanistan because American leaders are tired of war and mistakenly view Afghanistan as lost. “That is the wrong way to look at the problem,” she writes with palpable emotion. “Pakistan is still exporting militant Islamism and terrorism, and will not stop once foreign forces leave” Afghanistan.

These words have a nostalgic ring. In 1979, the Pakistani leader Gen. Muhammad Zia ul-Haq tellingly remarked to the director-general of the ISI that “the water in Afghanistan must boil at the right temperature.” As the United States ends its combat mission, the cold reality is that Afghanistan's future hinges just as much on Pakistan as it does on what happens inside Afghanistan's borders.

Seth G. Jones is associate director of the International Security and Defense Policy Center at the RAND Corporation and the author of “In the Graveyard of Empires: America's War in Afghanistan.”

This book review originally appeared on NYTimes.com on April 9, 2014.