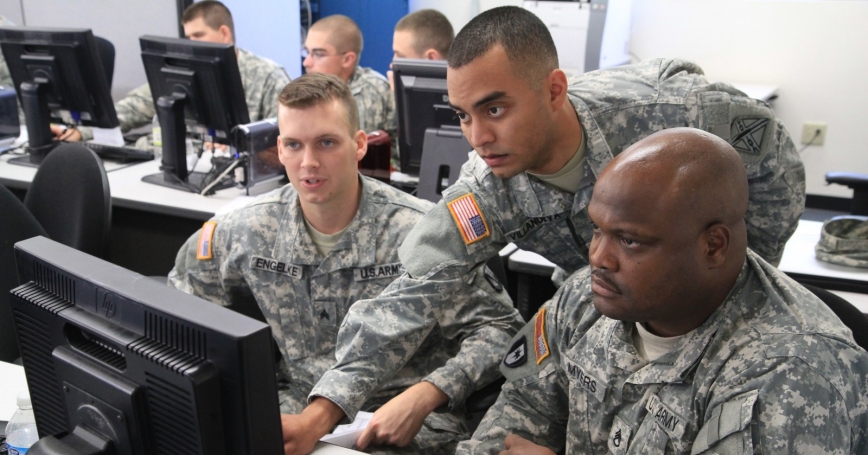 Recent reports indicate that Russian forces used hacking to intercept a U.S. surveillance drone flying over the Crimea region of Ukraine in March. Allegedly, hackers were able to sever the connection between the drone and its operator using “complex radio-electronic technology.”

Additional coverage indicates a wide range of cyberactivities under way during the standoff, from primitive vandalism of Russian websites by Ukrainian hackers to more sophisticated operations, such as the possible Russian use of “Snake” malware to stealthily siphon information from various networks.

For American audiences and policymakers alike, reports like these provide chilling reminders that cyberspace is emerging as a 21st-century global battlefield. They also point to a critical need for the U.S. military to redefine “information warfare” for a wireless world to defend against such threats This is one reason for the recent U.S. budget increases for cybercapabilities.

Among the most significant challenges now facing the U.S. military is the increasingly blurred boundary between wired and wireless technologies.

In the military and commercial worlds, “cyberoperations” long referred to attacking and defending networks and connected devices. Nefarious hacking is typically thought of as an intrusion into remote computers through wired channels. But cyberoperators have gone “wireless.” Radio and other frequencies that span the electromagnetic spectrum are the new contested domain. Sometimes this contest involves keeping these wireless channels up and running. At other times, it involves seeking to shut them down through jamming.

The past decade has seen a proliferation of wireless technologies, such as those used to fly U.S. drones and those allegedly used to intercept one of them over Crimea. Stories of insurgents using smartphones to detonate improvised explosive devices have gone from the Hollywood script to the newspaper.

America's military and intelligence communities are grappling with these issues at all levels, but it's particularly important for the Army given the large size and expansive reach of Army networks, which are the largest among all the service and which extend down to the tactical edge. The Army is responding to these developments in numerous ways.

The Army is considering the formation of a new branch or corps of cyberspace operators that spans electronic warfare, cyber and signals, a recommendation made by RAND and others (PDF). Several years ago, the Navy moved to create an information dominance corps, which merges electronic warfare and information technology functions into new career fields. The Army should follow suit.

The Army's newly released field manual (PDF) is a nod to cyber's increasingly tactical nature across this span of functions. The manual creates cells at the tactical level that are filled with personnel trained in electronic warfare, cyber and signals. For example, these groups might be tasked with protecting drones that act as the eyes and ears of combat units, or with defeating enemy drones without hurting friendly systems in the process.

At the same time, the Army is astutely housing its doctrine writers for electronic warfare, signals and cyberoperations under one roof—literally—at Fort Gordon. The Cyber Center of Excellence, as this collective is called, went live on April 1, presenting an opportunity for the Army to retool doctrines to better coincide with evolving 21st-century threats.

However, the rapid growth in the size and importance of cyberoperations has rendered them too immense and fast-paced to fit separately under the traditional definitions of information operations. Consideration should be given to new ways to accommodate emerging ideas in doctrine at the speed at which the field of cyberoperations is expanding, which is no easy task.

In a rapidly changing, increasingly wireless information ecosystem, maintaining security is truly a moving target. The Army's efforts are an example of what can be done and what remains to be done, both organizationally and operationally, across the services.

With cyber now playing a prominent role in international struggles like the impasse in Crimea, there is no shortage of real-world events to help inform its approach.

This commentary originally appeared on U.S. News & World Report on April 4, 2014. Commentary gives RAND researchers a platform to convey insights based on their professional expertise and often on their peer-reviewed research and analysis.