How to Avert a Doctor Shortage 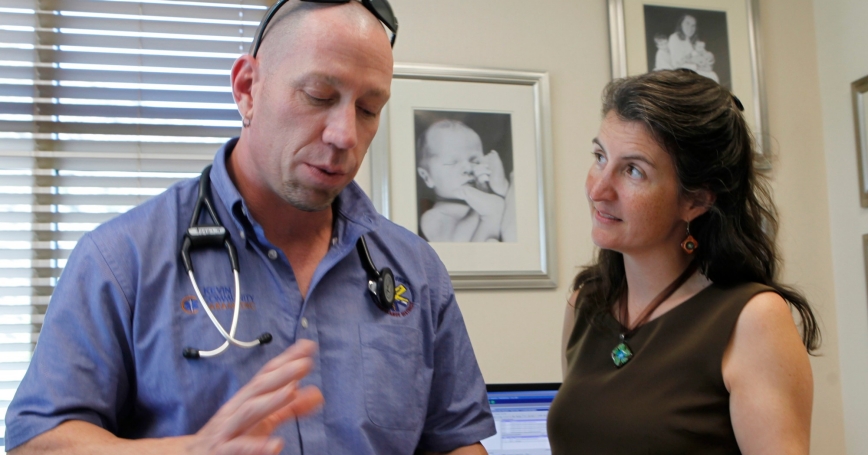 Citing a growing, aging population and the anticipated demands of those newly insured under the Affordable Care Act, the Association of American Medical Colleges estimates that the United States will face a shortage of 130,000 physicians just over a decade from now.

This projected shortage, which also has been recognized by the federal government and some academics, could mean limited access to care for many Americans, plus longer wait times and shorter office visits for those who do find a doctor.

But like treating an illness, heading off the doctor shortage could hinge on early detection and intervention. And as research at RAND and elsewhere has shown, the treatment options should go beyond the standard prescriptions of training more doctors or reducing care for patients.

A RAND analysis issued last fall concluded that increased use of new models of medical care could avert the forecasted doctor shortage. These models would expand the roles of nurse practitioners, physician assistants, and other non-doctors.

One option is "medical homes," which are primary care practices in which a personal physician leads a team of others — advanced practice nurses, physician assistants, pharmacists, nutritionists — in overseeing the delivery of individuals' health care needs, roughly comparable to a dentist overseeing hygienists. By drawing on a broader mix of health care providers, this team approach lessens reliance on the physicians themselves.

Medical homes currently account for about 15 percent of primary care nationally. Research on their efficacy is continuing. A RAND report released in February found mixed results for a major pilot effort of the new model and offered suggestions for improvement. Still, if medical homes continue to gain traction and grow to nearly half of primary care, the nation's projected physician shortage could shrink by 25 percent.

Yet another possibility is the training of primary-care technicians, whose training would be similar to that of emergency medical technicians. But instead of providing lifesaving care at emergency scenes, the former would deliver preventive care, treat minor illnesses, and visit patients with chronic diseases in areas that lack access to doctors. Properly trained and equipped technicians could be dispatched to underserved communities, their actions guided by clinical protocols and standing orders.

Foreign-educated and foreign-born doctors, who already account for 25 percent of the U.S. physician workforce, could be further tapped. But, as another RAND study has cautioned, an increased role for these physicians could require changes to immigration law to smooth their integration into the United States and its health care system.

RAND is not alone in seeking early solutions to the projected doctor shortage. A study out of the Johns Hopkins Bloomberg School of Public Health suggests that the amount of care delivered in person by physicians could be reduced dramatically through the use of electronic health applications. In particular, telehealth technologies, such as virtual office visits and diagnoses, could reduce demand for physicians by 25 percent or more.

RAND has analyzed one such telehealth provider, Teladoc, which offers remote consultations with physicians. While the effect on quality of care is unknown, the use of such services could replace at least some office visits and generate savings.

These new models of care could face resistance from patients and physicians, who may bridle at the notion of replacing in-person doctor visits with remote consultations or treatment by non-doctors. But any models that offload relatively simple tasks would free up time for physicians to focus on more complex matters with more patients. Innovative approaches could also require changes to payment systems and state licensing laws, but these hurdles are not insurmountable.

As frightening as the forecasts of a physician shortage can sound, it is important to remember that they do not take into account the possibility of early creative interventions. Due attention to today's early warning signs can prompt the right prescriptions to head off tomorrow's malady.

This commentary originally appeared on RAND Review and The Health Care Blog on April 1, 2014. Commentary gives RAND researchers a platform to convey insights based on their professional expertise and often on their peer-reviewed research and analysis.