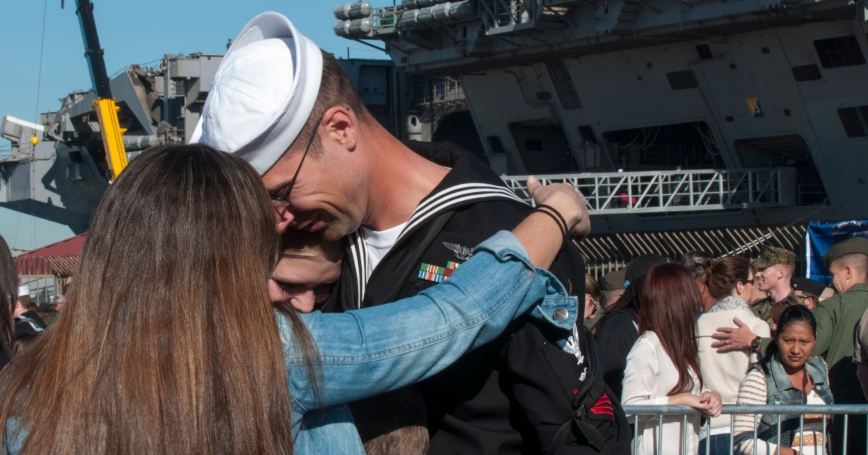 Right now there are 5.5 million wives, husbands, siblings, parents, children and friends devoted to the care of those injured fighting America's wars. Theirs is an all-consuming, emotionally draining task, one that has been driven for too long by loyalty and love, but little support.

This population of military caregivers in the United States has largely been hidden. They are an unpaid national workforce providing services worth $15 billion annually to those who returned from the battlefield with injuries, disabilities and emotional scars that may last a lifetime. These are costs that would otherwise be assumed by home health care aides or by institutional care facilities. In other words, those who give so much of themselves to care for injured or ill loved ones not only deserve help, they have earned it.

For those looking after the young service members and veterans of America's most recent conflicts, the battle has just begun, and often they find themselves facing this challenging reality alone. What services are available through public, private, nonprofit and faith-based organizations are neither coordinated nor easily accessible.

The Dole foundation which helps address the needs of military caregivers, commissioned the RAND Corporation to conduct the largest study ever undertaken to help identify gaps in the policies and programs that support them.

RAND found that there are 5.5 million military caregivers in America, and that 1.1 million of them are caring for those who served in the military after the terrorist attacks of 9/11. These caregivers, mostly young, face challenges that can make their mission even more daunting than that of the generations who came before them.

This new cohort of military caregivers is composed largely of individuals caring for injured spouses, parents caring for their children, or friends caring for their neighbors. Many are veterans themselves. They are more likely to be caring for loved ones with mental and cognitive impairments like PTSD and traumatic brain injury — the invisible wounds of war. Current services to support caregivers may be less relevant to this new generation in a caregiving journey that, for many, could last decades.

RAND's research tells us that those caring for post-9/11 veterans are suffering adverse effects at a much higher rate than caregivers from prior war eras or civilian caregivers. They spend more time providing care and — because of the multiple and serious conditions they are caring for — consistently experience more health problems, financial challenges, strains in family relationships, and have more workplace issues than non-caregivers. These caregivers need holistic services and support.

The Dole foundation is using the RAND research as a cornerstone for building a national coalition involving individuals and organizations across the public, private, nonprofit, faith, and labor communities. The foundation also will continue to encourage collaboration and invest in innovative initiatives that meet military caregiver needs. To give voice to caregivers, the foundation has announced a 50-state Caregiver Fellows Program; individuals actively serving as caregivers across America serve as powerful ambassadors and advocates for their fellow caregivers.

This is an urgent societal issue that deserves a national response. The most effective way to start is by prioritizing evidence-based research, leveraging existing resources, breaking down silos, and encouraging collaboration. It is a mistake to believe the government should or will shoulder this responsibility alone.

The RAND study makes it clear that there is no silver bullet. The Departments of Veterans Affairs, Defense, Health and Human Services, Labor, and others have an important role to play, but so do employers, labor, health care providers, nonprofits, faith communities, and state and local governments. And individuals in every community across the country can play a role, too, by raising awareness, helping a neighbor or friend, donating funds, or volunteering.

America owes a great debt to those who served in our armed forces, and especially those who return home injured or emotionally damaged. But a great debt is also due to the millions who look after them. Caregivers facing decades of sacrifice to care for post-9/11 veterans should get special attention. America's hidden heroes deserve no less.

Elizabeth Dole is founder and president of Caring for Military Families: The Elizabeth Dole Foundation. Michael Rich is president and chief executive officer of the RAND Corporation.

This commentary originally appeared on usatoday.com on April 1, 2014.