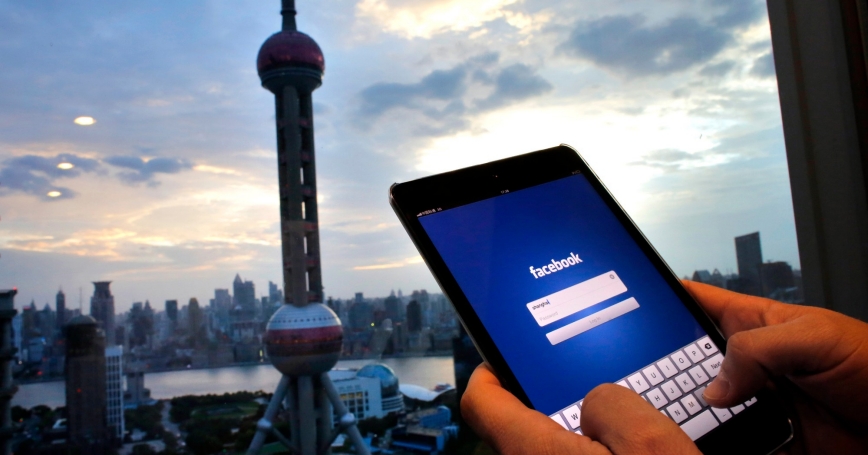 For over a decade, the United States has promoted a free and open Internet as a central tenet of its foreign policy. To date, this has most visibly involved shaming governments that limit access to online content and developing tools that help individuals circumvent censorship and surveillance. Perhaps even more important, though, have been Washington's efforts to ensure that the Internet remains regulated by public as well as private stakeholders — not just governments alone.

The latest debate over Internet governance centers on the relationship between the United States and the Internet Corporation for Assigned Names and Numbers, a private, nonprofit organization that manages domain names and Internet Protocol, or IP, addresses. Since its creation, ICANN has been under contract with the U.S. Department of Commerce, giving Washington a critical say in how the Internet is regulated. Last month, the department announced plans to let its contract with ICANN expire in 2015 and transition toward a “global multi-stakeholder model,” the details of which are still being developed. This has led to criticism that Washington is naively giving up its long-standing role as a guarantor of Internet freedom. The move, however, is a shrewd one. Handing over control of ICANN will defuse mounting criticism of Washington's outsized influence on Internet governance — and head off efforts by repressive states that want to expand their own.

Understanding the full impact of the decision requires some context. At the broadest level, Internet governance involves managing the technical architecture of cyberspace, which was imbued by its original designers with an open infrastructure and nonproprietary standards. Until his death in 1998, one of them — Jon Postel, a computer science professor at the University of Southern California — single-handedly ran the domain name system, which matches IP numbers to Web site addresses. (Although the U.S. government funded the Internet in its infancy, it gave up control over its development early on.) The Internet's rapid growth, however, quickly outstripped Postel's capacity to administer it. In 1998, the Clinton administration stepped in by establishing ICANN, a nonprofit organization under contract with the Commerce Department.

To this day, ICANN's primary mission (PDF) is to guarantee that anyone who enters a Web address anywhere in the world will be directed to the appropriate site. It does so by assigning and coordinating the unique identifiers (IP addresses and URLs) that link computers together, thereby ensuring that the Web really is a worldwide network. Notably, ICANN preserved some of the Internet's original characteristics by creating an inclusive organization that invites all stakeholders — including the tech community, civil society, the private sector, and governments — to participate in consensus-based policymaking. This model has largely worked; it remains difficult for any one stakeholder or type of stakeholder to dominate decisions, which ultimately preserves Internet openness.

ICANN is not the only organization responsible for managing the Web. The Internet Engineering Task Force, the Internet Architecture Board, and the World Wide Web Consortium, among other groups, contribute to developing and maintaining open technical standards. All have played an important role in assuring that the Internet runs smoothly. None, however, has been as controversial as ICANN. Although some nations had objected to U.S. oversight of ICANN in the past, a growing number of states are now voicing opposition to the arrangement. Specifically, they have demanded that ICANN's regulatory powers be transferred to the United Nations International Telecommunications Union (ITU). In effect, the move would shift responsibility for managing the domain name system from a nonprofit inclusive of a variety of stakeholders to an international organization dominated by national governments.

China and Russia have spearheaded the drive to wrest control of the Internet from ICANN. Their primary goal is to dilute U.S. influence over the Internet by empowering other states, namely, themselves. They also see an opportunity to facilitate censorship and surveillance. Simply put, having a greater say in managing the Internet's “central chokepoint” would almost certainly enhance their ability — and that of other authoritarian states — to control what their citizens can see and say online. If they manage to empower the ITU at the expense of ICANN, Beijing and Moscow could marginalize ICANN's nongovernmental stakeholders and legitimize repressive practices such as blocking Web sites and building closed national intranets. Not surprisingly, nations that heavily monitor and censor the Internet, including Algeria, Egypt, Saudi Arabia, Sudan, and the United Arab Emirates, have been the strongest supporters of this initiative.

Although the United States has successfully fended off efforts to hand over power to the ITU in the past, the National Security Agency surveillance scandal has revived calls for modifying the current structure of Internet governance. Of course, recent revelations about NSA spying have nothing to do with ICANN. But they have fed the perception that Washington has too much power over a major global good and bolstered the case for radical reforms — giving authoritarian states an opportunity to usurp control over the Internet's existing technical standards. Outraged by reports of extensive NSA spying, even liberal states such as Brazil and Germany have considered nationalizing pieces of the Internet's infrastructure. The European Union, which still supports the current open model, has also joined the chorus of critics who want to internationalize ICANN. The NSA backlash could thus tip the scales in the critics' favor.

The outcome of this latest struggle over Internet governance will have enormous implications: It will determine whether the Internet remains open, united, and transparent, or becomes closed, balkanized, and subject to opaque national controls. Counterintuitive as it may seem, Washington's decision to sever its ties to ICANN might have been the best way to guarantee openness, especially since the Commerce Department has stipulated that it will not implement the decision if Internet regulation falls to a government-led or government-only organization. This approach appears to be working, as many countries — including some former critics — have welcomed Washington's announcement. Had the United States kept its fist clenched around ICANN, it would have undermined faith in the multistakeholder model of Internet governance and empowered the ITU. Instead, Washington has disarmed critics and helped ensure that the Internet will remain open and free.

Stacie L. Pettyjohn is a political scientist at the nonprofit, nonpartisan RAND Corporation.

This commentary originally appeared on Foreign Affairs on April 10, 2014. Commentary gives RAND researchers a platform to convey insights based on their professional expertise and often on their peer-reviewed research and analysis.