RAND Conference: Iran in the Days After a Nuclear Deal 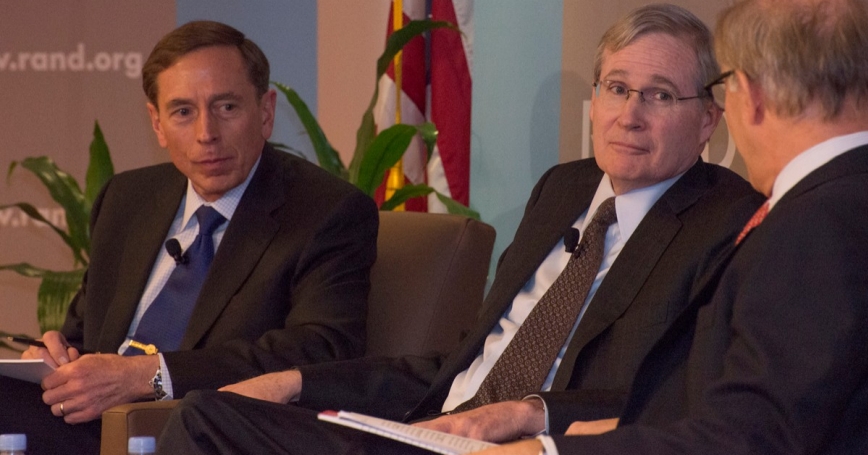 Expressing optimism that a deal to end Iran's pursuit of nuclear weapons could succeed, a group of experts said during a day-long panel discussion at the RAND Corporation that such an agreement could open the door to a new era for Iran, free of international sanctions but still cautious of relations with the United States.

Dalia Dassa Kaye, the director of the Center for Middle East Public Policy and a senior political scientist at RAND, said the session was held to look beyond a nuclear deal and to explore what might be next for the Islamic republic.

“We actually think that negotiations are serious enough to warrant discussion about a potential deal, the implications and most importantly thinking ahead,” she said.

During a panel moderated by Lynn Davis, a senior political scientist at the RAND Corporation and director of RAND's Washington office, where the event was held, experts expressed optimism that a workable agreement could be reached in the coming months.

“All the nations involved in theses negotiations want a deal….The chances are quite good that they'll be able to hammer out a deal,” said Joseph Cirincione, president of the Ploughshares Fund.

Colin Kahl, a senior fellow at the Center for a New American Security and an associate professor at Georgetown University, said the United States must not stray from its insistence that Iran should not possess nuclear weapons. Still, he said, “a robust diplomatic agreement is preferable to any other possible option.”

But Barbara Slavin, a senior fellow at the Atlantic Council, said that while Iran would prefer an agreement, Tehran is probably prepared to resort to a “plan B” in which it walks away from the table and lives with continued sanctions. “They will say ‘well we made a good faith effort and we will struggle through with plan B,'” she said.

A second panel, moderated by Laura Rozen of Al-Monitor, built on the expressed optimism to explore how Iranian politics might evolve in a post-deal environment, and how Iran's regional policies and positions toward the United States might develop.

Alireza Nader, a senior international policy analyst at the RAND Corporation, said Supreme Leader Ayatollah Ali Khamenei has made clear he wants a new level of flexibility, but is leery of engagement with the United States, with or without a nuclear deal.

“There's still a competition with the United States, the rivalry is not going to be over any time soon….So far I have not seen any indication that Khamenei wants a significant change in foreign policy and a significant opening up,” Nader said.

Next, during a panel moderated by Nadia Bilbassy-Charters of Al-Arabiya, panelists said Iran's neighbors, particularly Israel and Saudi Arabia, are wary of how Iran's regional policies might be affected by a deal. These countries, too, are wondering what comes next?

Jeffrey Martini, a Middle East analyst at RAND, said many in Saudi Arabia worry that compartmentalizing the nuclear issue ignores other pressing questions, including the potential for regional aggression by Iran. “Do you peel off this one issue, the nuclear issue, or do you look at the threat that the Saudis see, which is much bigger than the nuclear issue?” he asked.

Jon Alterman, director of the Middle East Program at the Center for Strategic and International Studies, said Persian Gulf states also fear the focus on the nuclear talks overlooks their own needs. “They are terrified that the United States would much rather have a strengthened relationship with Iran than with GCC (Gulf Cooperation Council) states,” he said.

Paul Pillar, a nonresident senior fellow at Georgetown University and the Brookings Institution, said the United States should probably offer some security reassurance to Israel if it moves to roll back sanctions on Iran. He suggested that Congress might consider legislation to relax sanctions “in tandem with some other action in the name of Israeli security.”

The conference also featured a keynote session with Gen. David Petraeus of the KKR Global Institute and Stephen Hadley of RiceHadleyGates, moderated by Washington Post columnist David Ignatius. The panel examined how a final deal might affect the broader strategic environment, as well as U.S. regional and global interests, and future U.S. defense postures.