Russia Is Outmanned and Outgunned 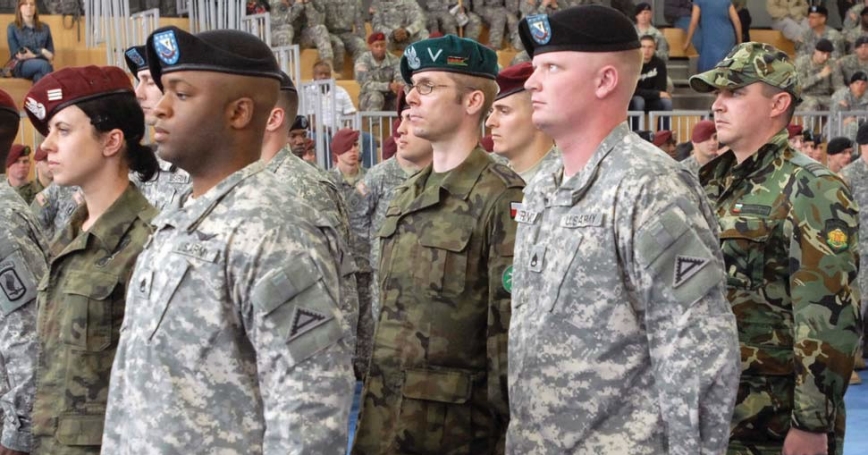 by David A. Shlapak

Russia's occupation of Crimea has created new interest in an issue that was once at the heart of U.S. security policy but has been on hiatus for more than 20 years — the military balance in Europe. The American military presence in Europe has declined precipitously, and its NATO allies universally have slashed the sizes of their defense establishments. This has led to some concerns that the West's ability to deter Russia is weaker, even far weaker, than it was during the Cold War.

The truth is actually quite the opposite: Despite the smaller number of U.S. troops in Europe, the military balance there is far more favorable to NATO today than it was when nearly 10 times as many American soldiers, sailors and airmen were stationed on the continent. The reason for this is simple and obvious: the disastrous — from Moscow’s point of view — revision of the overall European security environment that began in the early 1990s.

With unrest continuing in Ukraine, the West can take some comfort in its modern day military advantage over Russia in Europe. And though numbers alone may not deter Russia from further adventurism, the shift in the balance of forces has been remarkable over the past two decades.

According to the International Institute of Strategic Studies' "Military Balance" publication — a widely-used and well-respected unclassified compendium of information about the world's armed forces — in 1989, just before the collapse of the Warsaw Pact, the Soviet Union deployed a total of 64 divisions in what was then known as its “Western Theater of Military Operations.” These are the Russian forces that would have been hurled at NATO in an attack on Western Europe. They would have been reinforced by another 700,000 troops from the USSR's three frontline Warsaw Pact allies, East Germany, Czechoslovakia, and Poland. In all, more than 100 divisions would have been available for a drive into West Germany and beyond. The six countries committed to defending NATO's front lines — West Germany, the United States, Great Britain, Canada, Belgium and the Netherlands — meanwhile deployed only 21 or so divisions in Germany. While NATO divisions were generally somewhat larger than their Warsaw Pact counterparts and reinforcement would have been forthcoming from the United States, the disparity along the East-West frontier was nonetheless huge.

Consider the situation today. East Germany no longer exists, while Poland, the Czech Republic, Slovakia and every one of Russia's other erstwhile Warsaw Pact partners are now members of NATO. So are Estonia, Latvia and Lithuania, which in 1989 were parts of the Soviet Union itself. In 1989, the Red Army had almost a half-million troops and 27 maneuver divisions (plus enormous quantities of artillery and other units) on the territory of its three main allies. Today, it has a total of seven divisions in its entire Western Military District, all of which are based on its own territory. Indeed, the entire Russian army today boasts about 25 divisions, fewer than it had forward deployed in its Eastern European allies during the waning days of the Cold War.

Today, Poland, the Czech Republic, Slovakia, and Germany alone field more divisions than Russia has in its Western Military District. These countries are backstopped by the rest of NATO, including, of course, the United States. And this raw count doesn't take into account the general deterioration of Russian forces since 1991, a quarter-century that saw little equipment modernization. By the late 1980s, NATO already enjoyed a significant qualitative advantage over the Warsaw Pact, and that edge has only increased since then.

There are questions about the future of NATO's defense posture. Budget reductions among the European militaries are reducing their ability to conduct high-intensity armored combat. After 13 years of counter-insurgency in Iraq and Afghanistan, the U.S. military must relearn the art of conventional warfare, and spending cuts improvidently executed could hamper America's ability to respond rapidly and effectively to a crisis along the alliance's border with Russia. There are no guarantees in international security. But whatever weaknesses NATO may possess must be assessed in context with the severe limitations of Russian military power.

Yes, the United States has many fewer forces in Europe than it did in 1989. But Russia has none, its allies have all switched sides, and its military is but a shadow of what it was 25 years ago. Russia's seizure of Crimea is deeply problematic; it marks a new low in post-Cold War East-West relations and could erode the stability of the contemporary European order. When he examines the European balance of power, Russian President Vladimir Putin undoubtedly sees that the Russian army is outgunned. This should help deter him from further aggression in the region; whether or not it will is another question.

David A. Shlapak is a senior international policy analyst at the nonprofit, nonpartisan RAND Corporation.

This commentary originally appeared in U.S. News & World Report on April 9, 2014. Commentary gives RAND researchers a platform to convey insights based on their professional expertise and often on their peer-reviewed research and analysis.