The Importance of the Election in Afghanistan 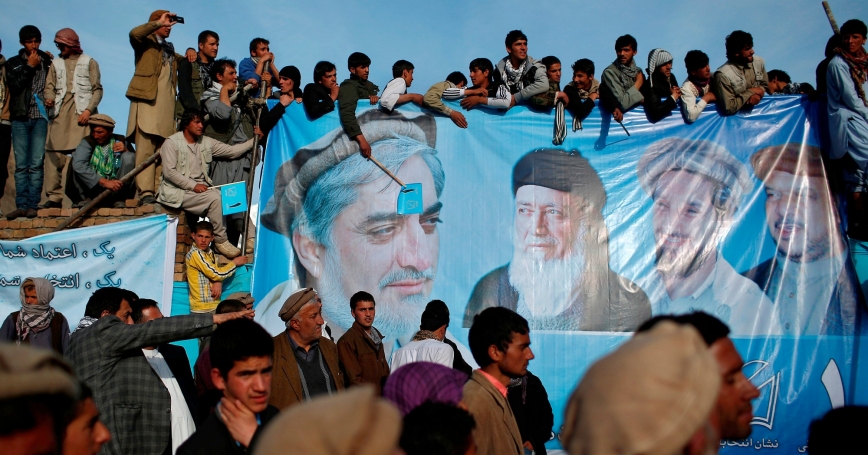 With Afghanistan's presidential elections approaching, the international community is focused on technical aspects of transparency at the ballot box. The real question, though, is whether democracy can triumph in any limited sense over the inertia of President Karzai's rule. Afghanistan's prospects for real change are dim and flickering, and Karzai is unlikely to cede power if he can help it.

When Afghans go to the polls on April 5, they will select from a narrow range of choices. More than half the original field of candidates was disqualified by the Independent Election Commission for reasons largely unexplained. International observers were not allowed to monitor discussions relating to the disqualifications, which gutted the field of its more independent candidates.

Those who remained were mostly Afghanistan's usual suspects, many of whom ran in the last election. But in recent weeks, overt politicking by the palace has further influenced the field in favor of Dr. Zalmay Rassoul, longtime favorite of President Karzai and one of his longest-serving ministers. Though a Pashtun, it's said that he isn't even fluent in Pashto, having grown up in Kabul and abroad. Without a strong following, Rassoul wasn't an obvious choice to win the election.

Several weeks ago, in an attempt to reduce the electoral field, a group of elders was asked to choose between two Pashtun candidates: Rassoul, and the president's brother, Qayum Karzai, with the loser vowing to drop out of the race. Qayum has a broad following among Pashtuns, but with a history of feuds inside the family, was not a safe choice to preserve the president's influence in government. The elders actually chose Qayum to remain in the race, until the president demanded they reverse their decision. Days later, Qayum dropped out, endorsing Rassoul. More recently, Mohammad Nadir Naim, a Pashtun and grandson of the late king, followed suit. This means that two candidates backed by powerful Pashtun voting blocs have now left the race in favor of one with no visible constituency besides Karzai.

This leaves three frontrunners: Rassoul, Dr. Abdullah Abdullah, and Dr. Ashraf Ghani. Abdullah, the lone Tajik, came in second in the last election and is reportedly gaining popularity in the Pashtun south, though even many Tajiks will concede the nation is not ready for a non-Pashtun president. Ghani, a Pashtun, is seen as capable but 'un-Afghan' because of his years abroad with the World Bank. Moreover, in choosing the notorious Uzbek warlord Abdul Rashid Dostum as his running mate, Ghani undercut his support among the technocratic elite who believed he could move Afghanistan away from patronage. While extensive polling is unavailable, it appears each frontrunner has more than three times the support of Rassoul. However, there have been reports this week that government officials throughout the country are illegally campaigning for Rassoul. With the recent increase in violence in Afghanistan, many election observers have left the country, meaning that such illegal tactics may succeed in exerting unfair influence on Rassoul's behalf. Finally, there is the question of the neutrality of the Independent Electoral Complaints Commission, created to adjudicate allegations of fraud, whose five members were hand-selected by Karzai and have strong ties to the palace. Should it choose, the palace has the means to influence the choice of successor.

What could the United States expect from a Rassoul administration? Fealty to the old Karzai regime would likely be more important than new ideas and popular support. There would also be a strong Pashtun presence in the ministries as supporters of both Rassoul and Qayum Karzai are given senior positions in government. Rassoul's running mate, while a Tajik, represents the weaker side of a divide within that community; if Tajiks are not strongly represented in government, some factions may abandon it for local rule. Uzbeks may be crowded out of senior positions, which is problematic because Dostum's men have been rearming for some time now. The best solution for a unity government would be to have Abdullah in a run-off election with a Pashtun candidate, and then to bow out as he did in 2009 in exchange for a substantial share of positions for his Tajik backers in the new government.

It is easy to assume the outcome of the race doesn't really matter for U.S. policy. All the leading candidates have said they would sign the Bilateral Security Agreement, which would allow U.S. troops to remain in the country. But an ossifying government excludes and disenfranchises youth with new ideas. Without popular participation, Afghanistan's future becomes more prone to partisan cleavages and extremism. If Afghanistan dissolves into a civil war in the next five years it will be very difficult to argue for the success of U.S. policy there. History will judge the war in Afghanistan not by what the United States did so much as what it left behind.

This commentary was originally posted on The Doctrine on April 4, 2014.