The U.S. Army Must Remain Prepared for Battle 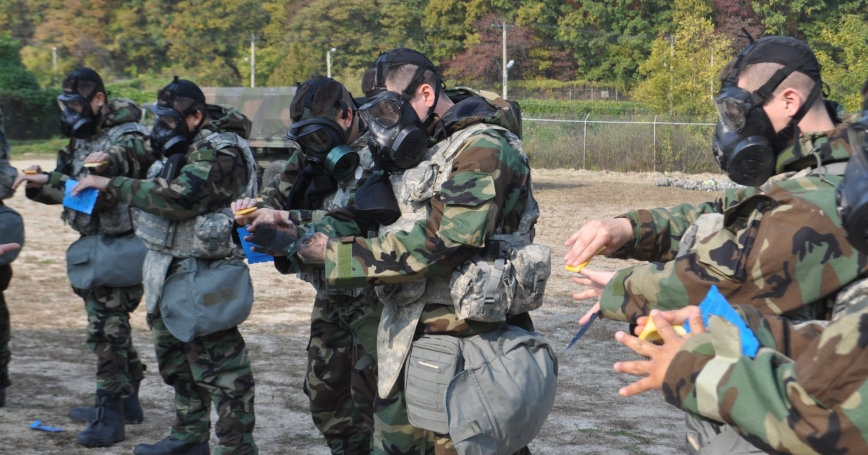 Gen. Matthew Ridgway, who took command of U.S. forces in Korea in December 1950, famously wrote that the “primary purpose of an army [is] to be ready to fight effectively at all times.”

Ridgway arrived in Korea at a low point in the war: The Chinese had launched a counteroffensive across the Yalu River and pushed a dispirited and disorganized U.S. Army all the way south past Seoul.

How had the force that had driven the German army across France and back into Germany just five years earlier, at the end of World War II, lost the ability to fight effectively?

The answer: During those few years, U.S. political leaders had concluded that with the advent of nuclear weapons, land wars were a thing of the past. Taking this cue, generals had allowed the armored brigade combat teams from World War II to atrophy. In their place were skeletal divisions of poorly trained U.S. infantry on constabulary duty in Germany and Japan.

Slightly more than 40 years later, a very different U.S. Army evicted Saddam Hussein's military — a far more formidable foe than the North Korean army of 1950 — from Kuwait. In 1991, the U.S. Army was not only better trained and had better resources; it was also working as part of a joint force.

Virtually no Americans anticipated either the North Korean attack in 1950 or Iraq's invasion of Kuwait 40 years later. That seems to be the pattern: U.S. presidents send the Army to resolve unexpected crises, ready or not.

The world today presents a wide array of potential threats to U.S. interests, including a failed North Korean state losing control of its weapons of mass destruction, the morass of civil war in Syria, an aggressive and expansionist Russia or China, or still-unforeseen humanitarian crises in Africa and other areas. If called upon, the U.S. Army would deploy and engage in peacekeeping operations or major combat between state and non-state actors. In any event, it needs to be ready.

Some have argued that after the frustrating wars in Iraq and Afghanistan, there is little American appetite to send the Army into foreign lands, whether to fight, build nations or distribute humanitarian supplies. This line of thinking holds that the U.S. Air Force, Navy or Marine Corps can handle most of the security problems the world throws our way.

Defense expert Kori Schake and retired Navy admiral Gary Roughead, for example, argued last year (PDF) that the Army should be reduced to about 290,000 soldiers and have a large part of its capacity for ground combat moved to the National Guard and Reserve, in effect turning it into a constabulary force capable of humanitarian missions — in other words, an army that can't fight. A more recent recommendation is for the Army to be reduced to 125,000 soldiers who are highly trained and backed up by the National Guard and Reserve.

These arguments resemble those made in the years leading up to North Korea's invasion of South Korea. Then, too, it seemed that the world did not need an army that could fight; it was assumed that American ownership of atomic bombs would somehow do the trick. The result was a near disaster on the Korean Peninsula. Even though Ridgway's forces held, American casualties were higher than if the Army had been prepared to fight.

Will the U.S. Army be reduced in size in the coming years? Budget reductions and a changing strategic environment demand a smaller, reorganized army. However, converting it into a force suited only for homeland defense or humanitarian missions abroad, without the ability to fight sophisticated foes as part of a joint force, would result in an unprepared Army likely to experience high casualties when called on to fight a war.

If history is any guide, the Army will inevitably be deployed again as a fighting force. The American people should invest in preparing for that event, and avoid the near-catastrophe that occurred in South Korea decades ago.

Gian Gentile is a senior historian at the nonprofit, nonpartisan RAND Corp.

This commentary originally appeared in The Washington Post on April 17, 2014. Commentary gives RAND researchers a platform to convey insights based on their professional expertise and often on their peer-reviewed research and analysis.