Why the Pentagon Can't Bypass BRAC 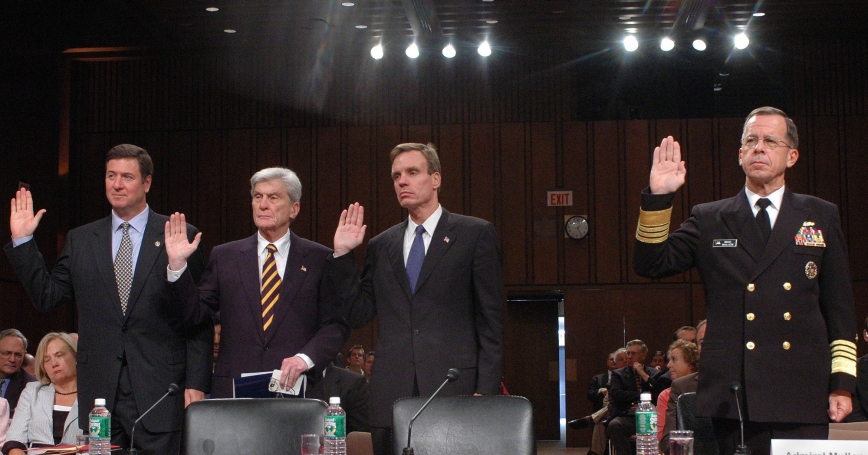 As the Department of Defense faces the possibility that sequestration might be here to stay, it is looking for ways to save resources without making painful cuts to personnel, readiness, and modernization. One option that could yield long-term savings would be to close military installations that are no longer needed. For years, the Pentagon has claimed that it is wasting resources on excess infrastructure, and has repeatedly asked Congress to authorize another Base Realignment and Closure Commission (BRAC)—a temporarily bipartisan commission that has been the only viable mechanism for closing bases for nearly three decades. Defense analysts from across the political spectrum agree that another BRAC is urgently needed. Yet Congress remains adamantly opposed to additional base closures, which can hurt local communities and the politicians that represent them.

The debate over BRAC took an unexpected turn in the last few weeks when a Hill staffer, speaking in her personal capacity, suggested that, according to existing law, the Pentagon only needs to inform Congress about base closures—it does not actually need Congressional permission. Secretary of Defense Chuck Hagel alluded to this potential loophole during his recent preview of the president's defense budget proposal. Hagel indicated that the administration might "have to consider every tool at our disposal to reduce infrastructure” if Congress refuses to approve new domestic base closures.

It is tempting to think that there is a legislative silver bullet that could end the impasse over BRAC and let the Pentagon divest surplus infrastructure. Unfortunately, this is wishful thinking. In reality, the same law that technically allows the Pentagon to close bases on its own is more likely to have the opposite effect.

From World War II until the end of the Vietnam War, Congress generally stayed out of basing decisions and deferred to the Secretary of Defense. That began to change in the post-Vietnam era. Tired of being excluded from decisions that affected their constituents, and still stinging from Robert McNamara's decision to unilaterally close 60 major installations and hundreds of smaller facilities during his time as secretary of defense, Congress began to assert itself. Some legislators also believed that the executive branch was often motivated by political calculations when it closed domestic bases. Shuttering a military facility often harms the surrounding community, costing it jobs, businesses, and revenue. Representatives of these communities are therefore likely to face a difficult road to reelection.

When the Pentagon announced in 1976 that it was going to reduce its U.S. basing infrastructure by closing 147 military facilities, Congress finally pushed back. It passed legislation requiring the Department of Defense to provide one year's notice if a base that employed more than 500 civilians was being considered for closure. Although President Ford vetoed the bill, he ultimately signed a revised version (now Title 10, Section 2687) —one that only required sixty days of advance notice. In practice the shorter timeframe contained in the law was not much of a compromise, because Congress also required the Pentagon to comply with the National Environmental Policy Act (NEPA). This meant that it would have to conduct a detailed study of the environmental and socioeconomic impact of any proposed closures or realignments, a process that could drag on for several years. In the end, even if Department of Defense did not need Congressional sanction, closing a base would take so long that opponents on Capitol Hill and elsewhere could mobilize support to scuttle the plan.

The real goal of the new law, therefore, was to obstruct base closures, not to make them any easier. And it succeeded. Between 1977 and 1987 there were no major base closures in the United States. The notifications alerted members of Congress that military bases in their districts were at risk, while the NEPA process gave base defenders ample time to organize and undercut the Pentagon's efforts. Eventually, DoD stopped trying to close bases without the approval of Congress. To break this deadlock, in 1988 Congress established a new procedure for closing basing—BRAC. As the legislative history suggests, the mechanisms for closing bases were not designed to make the closure process easier for the Pentagon.

In the current fiscal climate, reducing excess base infrastructure would be an important step toward achieving long-term savings. It is understandable, therefore, why the Department of Defense would consider any option that might let it circumvent Congress and stop spending money to maintain bases that it no longer needs. Unfortunately, this particular tactic is unlikely to work. In fact, it could even backfire. By trying to cut Congress out of the loop and bypass BRAC, the Pentagon is more likely to antagonize Capitol Hill and undermine its efforts to make sensible cuts in defense spending.

Stacie Pettyjohn is a political scientist at the nonprofit, nonpartisan RAND Corporation.

This commentary originally appeared on Defense News on March 24, 2014. Commentary gives RAND researchers a platform to convey insights based on their professional expertise and often on their peer-reviewed research and analysis.