A Liberated Yuan Is Likely to Fall 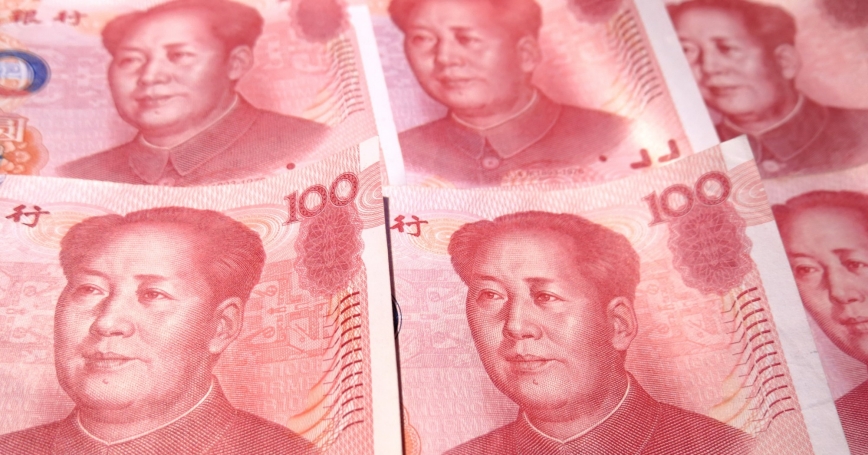 “Currency manipulation” is a charge repeatedly leveled against China in recent years. Prior to 2014, U.S. pundits and lawmakers denounced interventions by its central bank, the People's Bank of China, that prevented the yuan's rise from about 16 cents (6.25 yuan per U.S. dollar) to what critics construed to be an appropriately higher, market-based value—about 20 cents (five yuan per dollar). The higher valuation presumably would benefit U.S. exports and U.S. international accounts more generally.

The International Monetary Fund also chimed in last year, saying China's manipulation of the yuan's exchange rate was a distinct “possibility.” This, the IMF said, would be detrimental to market-based exchange rates and freely operating international trade and investment.

Now critics in the financial media have reversed direction, claiming that the People's Bank of China is contriving to weaken the yuan's value, thereby seeking to promote its exports and stimulate the country's lagging growth.

Yet if the central bank does reflect, or were to reflect, the increased reliance on market forces recently pledged by China's top political leadership (the Third Party Plenum's “Decision Concerning Comprehensively Deepening the Reform,” Jan. 16, 2014), the yuan's value is likely to gravitate toward the lower end of the 16-20 cents range, or even slightly below it. Three factors will contribute to this outcome.

First, Beijing seeks to make the yuan a major international reserve and invoicing currency, aspiring to share this role with the U.S. dollar, or (less likely) to replace it. China's recent proliferation of swap accounts with several of its principal trading partners in Europe and Asia—denominating the accounts in yuan—indicates this aspiration.

Second, to achieve status as a major reserve currency, the yuan must be fully convertible on the capital account. Currently, capital transactions, such as efforts by Alibaba to have its shares listed on the New York Stock Exchange, and by Huawei to buy shares of U.S. companies, require that the Chinese companies' yuan capital be readily convertible into U.S. dollars. Such convertibility is easily accessible for China's favored state-owned companies (such as China Petroleum Co. and China National Overseas Oil Co.) and for some “approved” private entities (such as Huawei and Alibaba). For others, both corporate and individual, convertibility into dollars or other foreign currencies is restricted.

The third factor is the enormous size of accumulated liquid deposits on the balance sheets of China's financial institutions. According to the most recently published data, in 2011 total deposits held in these institutions by corporations, individuals and other entities amounted to 80.9 trillion yuan ($13.3 trillion)—70% more than China's GDP. (In the U.S. in 2014, M2—consisting of total demand deposits, savings deposits and small time deposits—was 35% less than U.S. GDP).

If and when full yuan convertibility occurs, a significant share of these yuan balances (perhaps 10% or more) will diversify into other foreign assets, especially dollar assets. Buying up foreign assets on a major scale means flooding the market with yuan, putting downward pressure on its value. And as long as China maintains an annual current account surplus—currently about $190 billion—some of it will further boost demand for foreign assets, thereby further weakening the yuan's exchange rate.

These three factors mean that the yuan's value is likely to stabilize toward the lower end of the 16 cents to 20 cents range. That said, so long as China's unusually high savings rate persists—about 40% of GDP compared with less than 10% in the U.S.—so too will large surpluses recur in its current account.

The relationship between savings and the current account balance follows because of how the components of each are defined: The excess of domestic savings above domestic investment equals the excess of current earnings from abroad above payments to foreign recipients. But this accounting relationship doesn't say what's causing what. The yuan's equilibrium value will reflect the relationship; it doesn't cause it.

China's current account surpluses will shrink if and as domestic consumption rises and saving falls relative to domestic investment. How this change affects China's economic growth will depend as much on how efficiently investment is allocated as on the increase in consumption. The yuan's exchange rate will accompany and adjust to these changes, rather than drive them, and the accusations of currency manipulation will fall by the wayside.

Mr. Wolf holds the distinguished chair in international economics at the Rand Corp. and is a senior research fellow at Stanford's Hoover Institution.

This commentary originally appeared in The Wall Street Journal on April 21, 2014. Commentary gives RAND researchers a platform to convey insights based on their professional expertise and often on their peer-reviewed research and analysis.