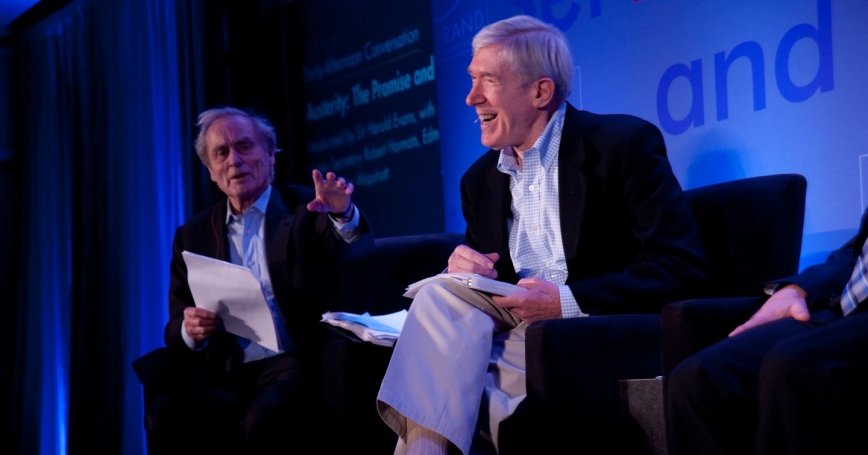 Ambassador Robert D. Hormats has been named the chairman of the advisory board for the RAND Center for Asia Pacific Policy.

Hormats is currently vice chairman of Kissinger Associates Inc. Prior to assuming this position, he served as the undersecretary of state for economic growth, energy and the environment from 2009 to 2013. Prior to that, he was vice chairman of Goldman Sachs (International), a firm he joined in 1982. Earlier in his career, Hormats served in senior positions on the National Security Council staff, Office of the US Trade Representative and State Department in the Nixon, Ford, Carter and Reagan administrations. He was on the team that engineered the early opening with China in the early 1970s and has travelled widely through that country and other parts of Asia regularly during his professional career, playing a significant role in addressing a series of major foreign policy, national security, financial, trade and business issues.

“Bob Hormats brings a distinguished career of public service and success in the private sector to this role. He will be superb at helping the center's advisory board play its critical role in advancing the center's mission,” said Michael D. Rich, president and CEO of RAND. “Many of our programs benefit substantially from the advice and experience of board members and many are made possible by board members' generous financial support. Members interact with RAND researchers to help set research priorities, disseminate research findings, and ensure their impact.”

The RAND Center for Asia Pacific Policy is the organization's focal point for research on Asia. The center seeks to shape public policy by using rigorous analysis to identify changes that will improve relations between the United States and countries of the region and the well-being of the people in the region. RAND researchers analyze the most critical political, social, and economic challenges facing Asia and the underlying factors influencing events in the area.