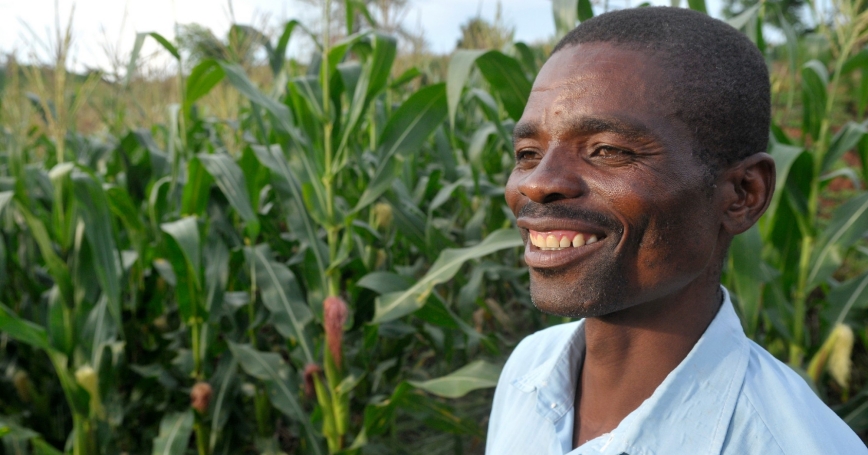 After more than five years of impressive growth, the production of maize in Malawi started to slump in 2012 due to an insidious cause: drought.

Concern about the nation’s top crop spiked and has remained high since, providing decisionmakers in Lilongwe and across the rest of Africa a sharp reminder of the necessity of considering climate change and uncertainty and robust policy options in making food policy.

Bingu wa Mutharika, the late leader of Malawi, pursued an aggressive food security agenda. It was crucial to do so after crop failures linked to both drought and flooding, as well as poor agricultural practices, killed between 300 and 3,000 people across the small country in 2002, according to Action Aid. Mutharika launched an ambitious Farm Input Subsidy Program focused on boosting maize production.

Maize is the staple that more than 80% of the 14 million citizens rely on in Malawi, but it is a crop that comes with the parallel drawbacks of high water consumption and soil depletion, making it vulnerable during periods of limited rainfall. A landlocked country bordering Zambia, Tanzania, and Mozambique, Malawi also is one of the world’s poorest countries, ranking 45 out of 79 nations on the 2012 Global Hunger Index. It is the African country with the highest per capita maize consumption and it is common to hear the phrase chimango ndo moyo, "maize is our life."

The subsidy program, which fortuitously coincided with favorable rainfall patterns, was a success. It is widely credited with providing access for more than one million farmers to discounted fertilizers and seeds, important in a nation where the land and growing conditions can be poor. Maize production, with the program in place, grew as much as 113% in 2007. Prices for this staple fell; a harvest surplus allowed Malawi to export to its food-insecure neighbors; optimism grew about more Malawians pulling themselves out of poverty.

Although criticized initially by some development partners who worried about the market-distorting effects of crop subsidies, few argue the program’s positives after the fact; some development partners, initially critical, since have supported the program. Calestous Juma, a respected Harvard expert, described this effort in his book, The New Harvest: Agricultural Innovation in Africa. He calls the subsidies an exemplar of a successful, homegrown African public policy.

In a wry twist of fate, growth in maize production slowed around 2012, coinciding with Mutharika’s death. The United Nations now estimates that Malawi needs almost $30 million in food aid to cover its shortfall.

Meantime, rain patterns have proven equally precarious with areas of Malawi experiencing recent floods, while others have been ravaged by droughts. Experts say global climate change is likely to increase uncertainty in how poor nations like Malawi best can keep their people fed. And local analysts (PDF) and communities, including experts at the UN, say it is time to revisit the subsidy strategy, which may have crowded out consideration of other policy options and accounts for close to half of Malawi’s agricultural budget.

Malawi now may need to consider alternatives, taking into greater consideration weather, climate change and water needs. While Malawi is home to the largest natural lake in the continent, Lake Malawi, less than 3 percent of the nation’s agricultural land is irrigated, according to FAO estimates. This makes its production vulnerable to drought and flooding.

Leaders in Malawi may need to increase their policy options, focusing on measures besides crop subsidies, including: better water management; building more water- and agriculture-related infrastructure; and growing other crops besides maize, which requires abundant water and further depletes already poor land. These alternative crops might include easier to store sweet potatoes or soil-enriching soy beans.

Oluwatobi "Tobi" Oluwatola is an assistant policy analyst at RAND and a Ph.D. candidate at the Pardee RAND Graduate School. This blog was written for the Pardee Initiative for Global Human Progress.