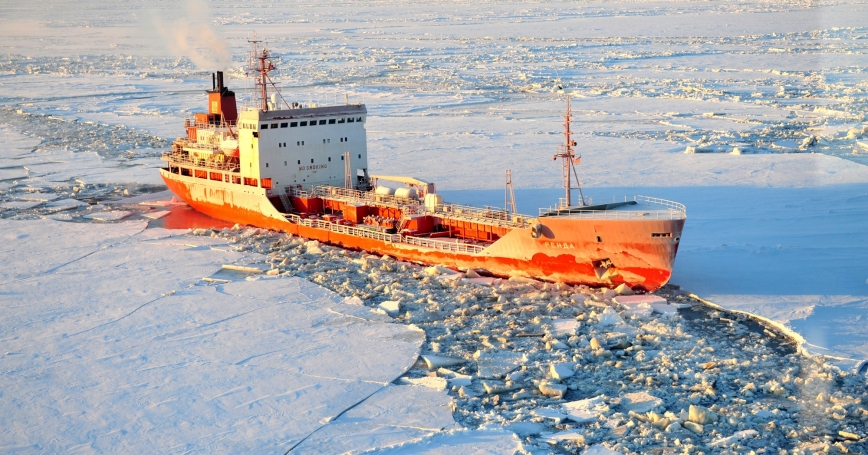 Meanwhile, the rapidly growing importance of Arctic waters is sometimes overlooked. The polar ice cap, now 40 percent smaller than it was 35 years ago (PDF), will continue to thaw in the coming decades, opening new shipping routes and access to oil and gas.

Russia possesses the world's most Arctic shoreline, water, and operating resources. But the United States is also an Arctic nation, even if much of the American public tends to under-appreciate this special status.

With frigid international tensions and the severe impacts of climate change swirling like a perfect polar storm, the United States can't afford to ignore the opportunities and obligations that come with being one of the world's few Arctic nations.

Less than a decade ago, presumed cooperation and overt reliance on external assistance became popular planning factors for U.S. polar activities. Given the condition of its aged icebreaker fleet, the United States turned to leases with Sweden and Russia for icebreaker capability. This approach was considered a more efficient way to traverse polar regions.

Cooperation with Russia has long been among the greatest challenges to implementing a comprehensive U.S. Artic strategy. But the crisis in Crimea has already resulted in a significant retreat from engagement and cooperation with Russia: The United States and its allies dismissed Russia from the G-8, and NATO is reviewing the extent to which it cooperates with Russia.

These actions are warranted, given Russia's violation of Ukraine's borders and the troubling precedent it sets. But the West should avoid disengagement with Russia when it comes to the Arctic, a unique region that deserves special consideration.

Allowing or forcing Russian withdrawal from Arctic engagements and regulating forums could seriously weaken America's ability to manage the increasing amount and diversity of activity in the Arctic, as well as adaptation to the impacts of climate change. Excluding Russia could even bring about Arctic militarization.

But despite chilling relations with Russia and the slow burn of climate change, the United States can prevent diplomatic frostbite in the Arctic through a number of actions:

Take a seat at the negotiating table.

The U.N. Convention of the Law of the Sea (UNCLOS) outlines procedures for establishing sovereignty over the continental shelf (the sea floor directly offshore) beyond 200 nautical miles. With Russia finalizing its long-standing claim on the Arctic shelf, the United States is absent from negotiations, limiting its ability to counter Russian claims or submit its own, placing itself at a severe strategic and diplomatic disadvantage.

The United States will assume a two-year chairmanship of the Arctic Council in 2015. (Secretary of State John Kerry also announced a special representative for the Arctic.) A lack of Russian participation in this body stemming from international discord would produce limited results at best.

Even more pragmatically, the Arctic is home to the only shared U.S.-Russian border. Established communication channels and operational protocols are necessary to enforce laws, avoid conflict, and protect sovereignty in this region.

International regulations and agreements are critical, but they cannot rescue mariners, respond to environmental incidents, or monitor borders. Only a physical presence can accomplish these things. In the Arctic, that necessitates icebreakers. These special vessels aren't cheap or quickly built, but America's current inventory is in need of upgrading.

Russia's actions against Ukraine make leasing icebreakers from Russia a non-option for the foreseeable future. This illustrates how important it is for the United States to maintain the unique capabilities required to exercise its sovereign responsibilities as an Arctic nation.

Coincidently, the United States conducted two high-profile, Arctic military exercises in March, which included chasing a simulated Russian submarine. It is certainly in America's strategic interest to maintain limited operational capability in the Arctic, but these initiatives must be measured to protect sovereignty without inciting an Arctic arms race.

These efforts won't be easy—those most worthwhile rarely are—but they're critical to ensuring a favorable and sustainable Arctic future. Perhaps the Arctic's harsh environment offers hope for cooperation. As Law of the Sea scholar Caitlyn Antrim said, “It is easy to be friends when the elements are your common enemy.”

CDR Anthony Russell, USCG is the 2013-2014 Coast Guard Executive Fellow to the RAND Corporation. The views expressed here are his own and do not reflect the official policy or position of the U.S. Coast Guard or the U.S. government.

This commentary was originally published on gCaptain on May 6, 2014.