Death Is Never Far When You Are at Sea 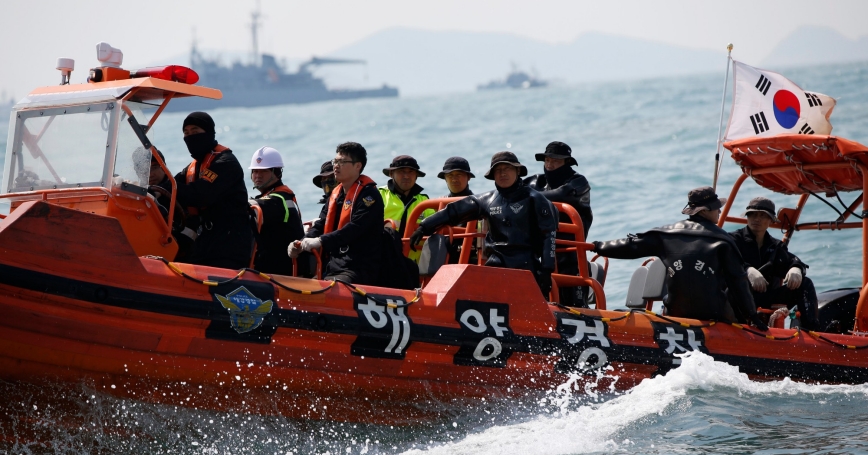 South Korean divers at the site where the capsized passenger ship Sewol sank in the sea off Jindo, April 20, 2014

When the South Korean ferry Sewol capsized last month, several hundred people — most of them school teachers and students — were tragically lost.

This serves as a dire reminder that the sea is relentless and unforgiving. While human ingenuity and technology have long strived to tame the world's most abundant and unpredictable environment, history has shown that no seafarer is immune to Mother Nature.

Less than 30 years ago, the ferry Doña Paz collided with an oil tanker near the Philippines, killing more than 4,000 people — the worst peacetime maritime disaster in history. The loss of the Sewol marks the 100th passenger vessel lost since 2002, with 15 of these tragedies alone killing approximately 6,000 people.

The United States is home to nearly 200 large passenger vessels, ranging from ferries like the Sewol, to excursion and casino boats, plus another 5,000 small passenger vessels. Collectively, they transport a staggering 200 million passengers per year.

But despite this massive volume of maritime travelers, the number of passenger fatalities per year related to vessel operations is often in the single digits.

Why has the United States been relatively insulated from events like the Sewol tragedy? Is it good — or just lucky?

Luck, for lack of a better term, will always be a factor. You cannot regulate or engineer away all the risks of operating on open water. And human factors can always play a prevalent role in maritime mishaps. As long as man challenges the sea, accidents will happen.

But while history's pages indeed contain sad tales of vessels like the Sewol and the Doña Paz, there must also be a chapter on how deliberate, collaborative efforts have reduced risk, creating a safer sea through measured prevention (PDF).

In fact, it is only due to a robust marine safety regulatory system of vessel standards, crew training and certification, and compliance inspections that countless passengers are able to ply U.S. waterways, assured that every reasonable measure has been taken to safeguard the most precious cargo: their lives.

The U.S. marine safety system was born in the days of steamships. These vessels revolutionized maritime trade and passenger carriage, quickly creating an ultra-competitive environment where speed was the first and foremost factor determining economic success.

The desire for profit, risks of new technology, and lack of regulation proved to be an explosive combination — literally. In 1823, explosions claimed 14% of the steamboat fleet and more than 1,000 lives.

This rash of incidents continued for 15 years, caught up in the inherent tension between profit and regulation, until Congress was driven to act by the 1838 loss of the steam packet Pulaski and another 100 lives.

Recognizing that vessel owners and operators could not be trusted to protect their passengers and crew on their own, they created a system of inspections that established “an enduring national policy of regulating private enterprise in the interest of safety afloat,” (PDF) a system that remains in place today and has saved countless lives through prevention.

This system has not been perfect, nor is it fail-safe. As humankind continues to push the envelope — bigger vessels, faster vessels, smaller crews, new routes — Mother Nature, human error, or both will continue to expose our vulnerabilities.

The United States has learned many lessons the hard way. For example, it took more than a century and several deadly incidents, some due in part to systemic failures, to consolidate the elements of a comprehensive safety system into a single government entity, the U.S. Coast Guard.

South Korea has taken a different path. Though the elements of its system are essentially the same as those of the U.S. system, the division of roles between industry and government are blurred. Oversight responsibilities are divided among several entities, some of which are industry-related associations funded by both the government and the industry they're entrusted to inspect.

The exact cause of the Sewol's sinking is still unclear and must be rigorously investigated. But there are several indications that the system as a whole failed. This warrants a comprehensive review and perhaps an overhaul to prevent future tragedies.

Fleet Admiral Chester Nimitz once said, “Eternal vigilance is the price of safety.” This axiom must apply equally to operators and regulators. Both groups must sustain a cooperative system of checks and balances that fosters the interests of industry while upholding the collective obligation to prevent tragedy. These are the essential ingredients of an economically viable, responsible marine transit system.

The U.S. marine safety record is impressive, arguably the best in the world. Yet, as the heartbreaking example of the Sewol demonstrates, the United States must never become complacent.

CDR Anthony Russell, United States Coast Guard is the 2013-2014 Coast Guard Executive Fellow to the RAND Corporation. The views expressed here are his own and do not reflect the official policy or position of the U.S. Coast Guard or the U.S. Government.

This commentary originally appeared on USA Today on May 10, 2014. Commentary gives RAND researchers a platform to convey insights based on their professional expertise and often on their peer-reviewed research and analysis.