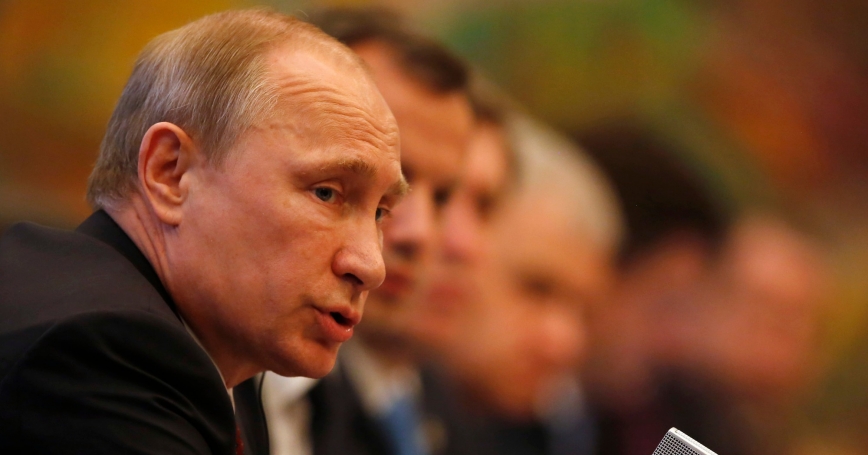 Russia's President Vladimir Putin speaks during his meeting with his Chinese counterpart Xi Jinping in Shanghai May 20, 2014

The Kremlin announced Monday that President Vladimir Putin has ordered the 50,000 Russian troops stationed along the Ukrainian border to return to their bases.

This is an encouraging sign, Christopher Chivvis told Bloomberg News Online, assuming Western powers can verify that it's true. (This is the third announcement of Russia pulling back forces since the buildup began in March.)

According to Chivvis, Russian withdrawal may be a necessary first step before a substantive diplomatic solution can take shape:

“It's hard to see how you can have a real political negotiation, which is what's needed right now, with those troops sitting right there in such a menacing way.”

Chivvis said that Putin would prefer to avoid further military action, but called movement of Russian troops into eastern Ukraine “within the realm of imaginability” if Putin is unable to extend his influence and prevent the country from aligning with the European Union.

Doing so would likely bring about a new round of economic sanctions, Chivvis said, as well as further erosion of Russian relations with the West. Targeted sanctions would come in three varieties: financial-sector, armaments, and energy-sector. Any sanctions package would likely include some of each. That these sanctions are on the table, said Chivvis, is one of the main factors driving Putin toward “some kind of peaceful resolution.”

Chivvis also noted that the potential for Ukraine to join NATO in the midst of the crisis is a “divisive issue” that “no one wants to talk about directly right now.” This issue could create divisions within NATO and further escalate tensions between Russia and the West, he said.

“The question is … after the situation stabilizes, 'Will Ukraine still have the ability to join NATO if it wants to?' My own view is that it's very important that we keep that possibility open.”

News of Putin's withdrawal order comes as the Russian leader visited his Chinese counterparts in Shanghai on Tuesday. In a recent CNN commentary, Chivvis unpacked the complicated dynamics between China, Russia, Ukraine, and the West:

“The Chinese view of the [Ukraine] crisis does suggest … that China's growing role in the world, grounded in globalization, will encourage it to avoid playing a destabilizing role as the crisis evolves. A refusal by China to back Russia on Crimea may not be a de facto backing of the U.S. position, but it might help discourage Russia from further aggression.”