Fighting Fires From Above 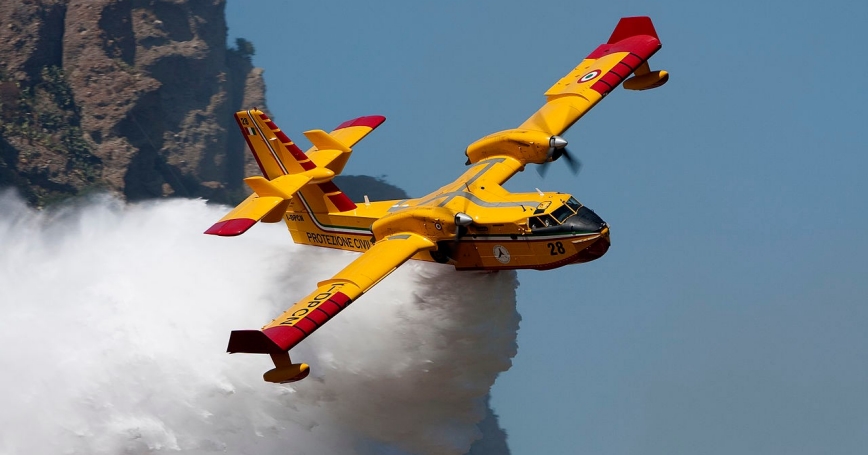 In Air Attack Against Wildfires, our assessment of firefighting aircraft modernization options, RAND urged the USFS to embrace scooper aircraft as a means of fighting fires before they can become large. The USFS has not fully implemented RAND's recommendation, but in October 2013, it signed a five-year operating lease with Aero-Flite Inc. to acquire and operate a single CL-415 “Super Scooper” aircraft. We previously expressed concern with the financial terms of that lease.

Nevertheless, we view the operation of this brand-new aircraft as a test of the scooper concept and an important source of lessons for the USFS. For example, a very informative metric will be the scooper's typical cycle time, the average time between water drops or water pickups. Initial news reports suggest a 7-minute average cycle time which would mean the CL-415 is capable of dropping approximately 13,700 gallons of water per hour. These reports are difficult to judge without knowing the details of the distance between the water source and the fire, but a 7-minute cycle time is even better performance than we assumed in our analyses that concluded scoopers may be more cost effective than tankers for most small fires.

There are other practical lessons the USFS can learn from monitoring Super Scooper operations as well. For example, does it prove to be difficult or problematic to clear water sources of recreational users during a scooping operation?

It will also be informative to examine how well the CL-415 operates along side retardant-bearing air tankers. Scooping aircraft engage in “direct attack,” meaning they drop water on the burning head of a fire. By contrast, retardant-bearing air tankers generally engage in “indirect attack,” dropping fire retardant, water mixed with salt-based fertilizers, along the path where a fire is expected to burn. Effective coordination is needed to ensure that water dropped from scoopers does not wash away previously dropped fire retardant.

Finally, and perhaps most importantly, it will be valuable to learn how the on-the-ground firefighting community reacts to the availability of a CL-415. Will local incident commanders often request this aircraft to fight their fires? Incident commanders' choices between the CL-415 and retardant-bearing air tanker support will help to determine the value of expanding the use of scooper aircraft by the USFS.

Edward G. Keating is a senior economist and Dulani Woods is a project associate at the nonprofit, nonpartisan RAND Corporation