How 'Wired' Are the 2014 European Elections? 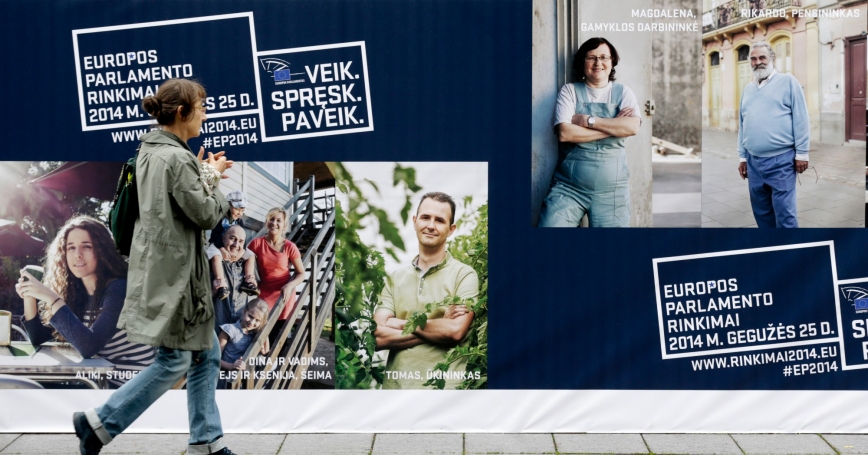 This week, 400 million European citizens will elect the 751 members of the European Parliament. Selecting the representatives of the only democratically elected EU institution would in theory be an appealing occasion for citizens to engage with the European policy sphere. However, turnouts have historically been low since the first direct European elections in 1979, with an average 43 percent taking part in the last parliamentary elections in 2009. Given the increased number of citizens actively using social media such as Facebook and Twitter, the question arises whether social media can have a meaningful impact on participation in the upcoming elections.

In the United States, social media is believed to have played a significant role in the presidential election campaigns of Barack Obama in 2008 and 2012. With regard to the upcoming European Parliament elections, the potential of social media to revitalise the debate is a topic of ongoing discussion. On the one hand, social media, in particular Twitter, have gained increasing visibility as a tool in national and international policymaking, an obvious extension of which would be its deployment in the European elections. One 2011 study found that social networks reach a larger and more diverse network of users than more traditional websites and they can provide information on candidates to users who are not actively searching for it. Moreover, since the 2009 elections, the European Parliament has actively intensified its information services by restructuring its website and creating more than 80 official Twitter accounts, tweeting in the 24 languages of the EU member states. Yet, European politics have long been characterised by a markedly lower level of democratic approval and popular engagement than national politics.

Trends in social media campaigns for the EP elections

According to the 2013 Eurobarometer, 75 percent of European citizens get their information on political matters from television, compared to 40 percent from written press and 29 percent from the Internet. Social media campaigns are limited to reaching a maximum of the 71.5 percent of European citizens who use the Internet. Yet, the Internet is increasingly used as a platform for political discussions and campaigning, not in the least due to its relatively low cost.

The differences from the previous elections in 2009 are stark: then, candidates were reluctantly starting to adopt micro-blogging and online social networking as a campaign tool. Progressive candidates were more likely to adopt new media technology than conservative ones. Today, however, 409 out of 766 current members of the European Parliament have a Twitter account. European public affairs agencies suggest that the tweet or status update, may be replacing the press release as a means of communication for these members.

Candidates in the upcoming European elections also are using social media to increase their visibility, for example through the use of the hashtag #EP2014. Twitter activity was found to have a measurable impact on voting in the Netherlands 2010 legislative elections, with every 1,000 Twitter followers generating around 190 extra votes. Every tweet would result in another 11 extra votes per 1,000 followers.

In relation to social networking sites like Facebook and YouTube, there is evidence of a correlation between interpersonal political discussion and political participation. Although research on the influence of Twitter on voting behaviour is limited, several analyses of campaign tweets showed their content reflected the election results. However, studies also revealed that the social media can be dominated by a small number of heavy users. This would suggest that online discussions thus far remain limited to those who were already engaged in politics offline.

As we reported in a recent report on Europe's societal challenges, the influence of new and social media on political participation and democratisation may have been overstated in recent years, and requires further assessment of the translation from online activism to offline participation. Despite the de-territorialisation of communication and the sustained pace of growth in connectivity, most platforms remain national or local in their use which can therefore limit their effects on participation at the European level.

While Anderson and McLeod stated in 2004 that the European Parliament suffered from a communication deficit rather than a democratic deficit, the communication landscape has undergone many changes since. The 2014 elections will prove a critical test of whether the modernisation of the EU's media strategies and increasing number of members of the European Parliament active on social networking sites will have an impact on citizens' political participation at the European level.

Minke van der Sar is a research assistant and Veronika Horvath is an associate analyst in RAND Europe's Brussels office. van der Sar's research interests include voter participation in Europe. Horvath is an author on the RAND Europe report Europe's Societal Challenges: An analysis of global societal trends to 2030 and their impact on the EU, commissioned by the European Strategy and Policy Analysis System.