Legalising Cannabis Is More Than Just a Yes or No Decision 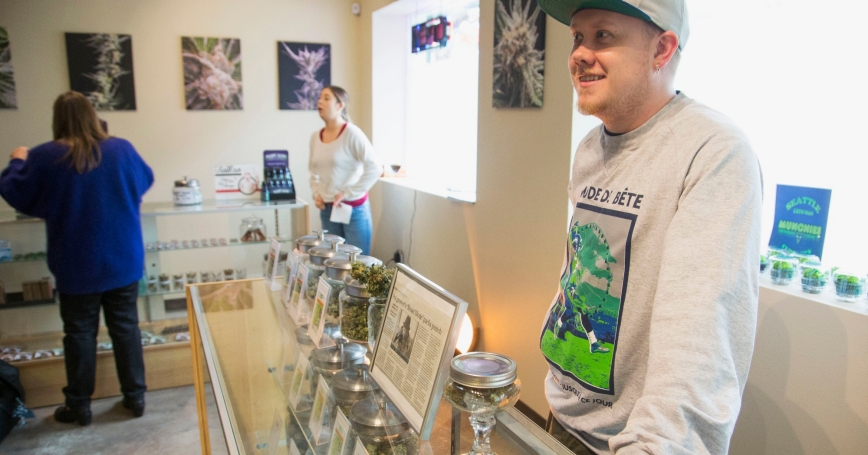 It is one thing for a jurisdiction to decide that it no longer supports the prohibition of cannabis; it is another to figure out how to establish and regulate a legal cannabis market. Uruguay became the first nation to legalise the drug in 2013 but is still working on the full set of rules that will govern production, distribution, and use. Policymakers in Colorado and Washington State, which recently repealed cannabis prohibition, are also grappling with how to do this as other jurisdictions seriously discuss legalisation.

However, many of the details about how to regulate these newly legal markets — determining the number of growers, distributors, and retailers; licensing qualifications; product limitations; quality requirements; and marketing restrictions — are left to government agencies with little guidance on how to do it.

To inform these discussions we recently published an article which looked at the lessons from the alcohol and tobacco industry. Our goal was not to address whether cannabis legalisation is a good or bad idea but to help policymakers understand the decisions they face and experiences from the regulation of other substances.

The start of any truly honest discussion about how to regulate cannabis markets must start with clear objectives and goals. How these markets are opened can be as important as the decision to legalise cannabis. Knowing which lessons to take away from evidence on alcohol and tobacco regulation very much depends on what these objectives are. Objectives might focus on public health, public safety, personal liberty, restorative justice, maximising revenue, or some combination.

We can start with the premise that many reformers as well as those opposed to legalisation share a common set of public health objectives: to minimise access, availability and use by youths; drugged driving; cannabis dependence and addiction; consumption of products with unwanted contaminants and uncertain potency; and the use of cannabis at the same time as alcohol. The last of these is somewhat controversial, since concurrent use could also reduce alcohol consumption and some of the consequences associated with heavy drinking. But given the research that suggests that concurrent use may also increase traffic crashes and other health harms, it seems appropriate, at least initially, to seek to minimise using them together.

For jurisdictions focused on these five public health objectives there are many lessons to be learned from our experiences with regulating alcohol and tobacco.

There is a large amount of alcohol and tobacco literature demonstrating that consumption and its harms can be reduced by keeping prices artificially high, through taxation for example. After legalisation, we would expect the cost of producing and distributing cannabis to drop as suppliers no longer have to be compensated for their risk and can take advantage of increasing returns to scale. One of the most effective tools for preventing a large drop in retail prices is to create a government-run monopoly. Where this is not possible, regulations can be imposed that create market inefficiencies, such as prohibiting outside production or large greenhouses. Similarly, licenses can be restricted to ensure limited competition with high fees.

Additional production or product requirements can inflate prices, and of course there is the option of excise taxes. Some of these options — such as requirements to product test and label cannabis products — would have additional benefits like protecting consumers from unwanted contaminants.

There also appear to be advantages, at least initially, to limiting the number and type of products that can be sold. Both the alcohol and tobacco industry have been innovative in developing new products that appeal to young users. Examples include candy and gum cigarettes, alcohol pops, and wine coolers. High potency cannabis products place users at greater risk of dependence, drugged driving, and other harms if used inappropriately. Restrictions on the type of products allowed could reduce the potential for new products that are particularly attractive to youth, for example cannabis-infused candies and vapouriser pens with flavoured hash oil.

We know from the alcohol and tobacco literature that partial bans on marketing are largely ineffective at limiting use, particularly youth use. While difficult to establish in existing markets, it is conceivable that comprehensive bans on marketing may be possible as a first step away from prohibition.

Other lessons exist as well, such as restricting sales and banning public consumption to reduce youth exposure. It is important to keep in mind that any initial policy is likely to be just a first step; flexibility will need to be built in as knowledge is gained about the real (versus perceived) risks of these products and markets.

Rosalie Pacula currently receives funding from the National Institute on Drug Abuse and has done contract work in the past for the Office of National Drug Control Policy and European Commission. She is affiliated with the RAND Corporation and the National Bureau of Economic Research.

Beau Kilmer has recently worked on cannabis-related projects funded by the State of Washington, Dutch Ministry of Security and Justice, European Commission, and White House Office of National Drug Control Policy. He is a senior policy researcher at the RAND Corporation.

This article was originally published on The Conversation on May 1, 2014.